When the author was introduced to Raymond Carver twenty-one years ago, he couldn’t have known that he had just met the man who would soon be the most celebrated short-story writer in the world.

I met Raymond in the fall of 1977, not really so long ago, although of course almost half of that time he’s been gone. We met at one of those semi-fancy literary festivals that still take place in American universities. A mixed group of writers—poets and prosers—get themselves invited to a college campus (in this case it was S.M.U., in Dallas). Public readings go on every evening, panel discussions, classes with students in the afternoons, late nights in the Hilton Hotel bar with pals, occasionally some low-grade high jinks, nothing too serious—all of it on the cuff. It’s what occupies the space of a literary life outside of New York.
Ray and I were lesser lights in a larger group that included Philip Levine and E.L. Doctorow—distinct literary stars, even then. A friend of ours at S.M.U. had included us on the “faculty” as a way of putting some money in our pockets and giving us some needed exposure. I had published a novel the year before, to no special acclaim. Ray had published his first collection of stories, “Will You Please Be Quiet, Please?,” which had been nominated for the National Book Award.
I can honestly say I didn’t know who Raymond Carver was at the time. That his name would become a household word in the next ten years, his stories a standard for the form, and he himself elevated to the station of “the American Chekhov” did not seem quite evident then. (It’s difficult, of course, to re-create the condition of not knowing once experience has made so much known. It is, though, a phenomenon writers all puzzle about as we try to make made-up experience seem real.)
It’s possible I’d heard the name Ray Carver before, knew of some wild and woolly literary drinking episodes in the Bay Area or Iowa City, two places I knew little of. (I, improbably enough, lived in Princeton.) But I’m certain I hadn’t read a Carver story. I was thirty-three, and Ray was vaguely thirty-nine. Neither of us had much gotten our head up out of the foggy ether young writers live in—sometimes for years, sometimes forever—in which you’re indistinctly aware of a “writing world,” conscious of a few names on its periphery, a few stories, an occasional significant breakthrough into print, but mostly are just beavering away trying to make isolation and persistence into a virtue, and anonymity your sneak attack on public notice.
I say this last because Ray and I were so typical of Americans who decide to try being writers, and were products of the environment that included college, writing workshops, sending stories to quarterlies, attending graduate school, having teachers who were writers—Doctorow had been one of mine—all of us seeking improvement in the standard postwar American way: through some form of pedagogy. Ray had been to Iowa and to Stanford. I had been to U.C. Irvine. I had an M.F.A.; Ray said he had one, though in fact he hadn’t stayed around long enough. But we had entered the writing world by that institutional means, just as Flannery O’Connor and Tennessee Williams did years before, and that way was moving us along, giving us walls to reach out and touch until we could put up some persuasive edifices of our own with what we wrote. 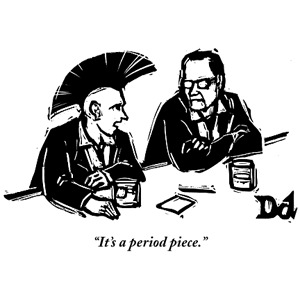