Book Review / The Love of a Good Woman by Alice Munro 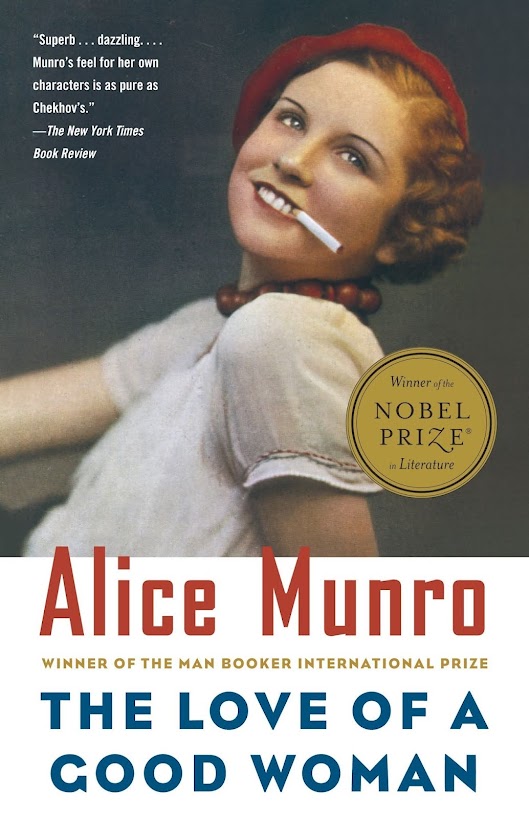 Book Review: The Love of a Good Woman by Alice Munro

the love of a good woman is Alice Munro’s NBCC-winning collection. The book is composed of eight stories packed in more than 300 pages. These stories may seem quite longer than the regular short stories published in literary magazines, and rightly so, for it has been observed that Munro’s stories have become longer with each collection. In fact, the title story can stand on its own as a novella, one that puts its protagonist in forked way to make decision, one that the character will have to live with for the rest of time.

You cannot live in the world with such a burden. You will not be able to stand your life.

In the first pages of The Love of a Good Woman, the title story itself, the town optometrist’s dead body is found. As should be noted, optometrists deal with prescriptive lenses to help correct visual defects. This opening seems to tell the reader to consider multiple vistas while going through the stories. 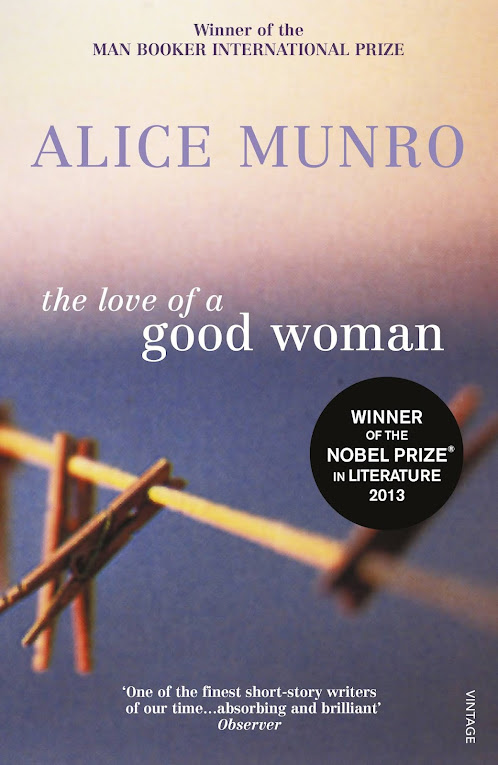 The Love of a Good Woman by Alice Munro

When three boys find the optometrist’s drowned body, we read about the individual stories of each boy: going home, preparing dinner, and turning over their minds their discovery, as if it were a privilege to be in the know of this secret, a secret that will give them leonine pride upon its announcement.

Just when we think that this not about the optometrist but about the boys, the story shifts to the saintly and selfless Enid, a young nurse who is taking care of a farmer’s wife with failing kidneys. We get a glimpse of her coming-of-age years, and we never return to the boys. This could produce a longing in the reader’s heart for there is a little ache that longs to know whatever has happened to them, for they are as fully fleshed out as any of the characters who populate the latter part of the story.

Instead, we return to the optometrist, for Enid’s patient claims to know something about his death. In the last part of this story, subtitled Lies, Enid wonders about punishment? Is there a need for people who did bad things to be punished? If yes, what should be the reason behind it? The death at the beginning set the enigmatic atmosphere of this story, and it came in full circle by ending on the same note.

The Children Stay is the story of Pauline, a woman who as an affair with the theater director of their town. She is given the lead female role in the production of Orpheus and Eurydice. For years, she may feel as dead as Eurydice when Orpheus looked back at her while he was leading her out of the underworld. How long would her pain last? Will she be hated? Will she be forgiven?

The narrator of Before the Change is the daughter of an abortionist. One night, her father’s assistant is away, and so he has to rely on her daughter’s assistance. In a few years, the narrator will bear her own child. Will her experience have any effect on her decisions as a young mother? Will she get any new insight on her father as someone who draws from the life of the unborn to make a living?

These three stories give us a glimpse of what ties up the collection. Revelations present themselves to the characters. The knowledge gained forces them to make decisions. What are the going to do? The world is not going to stand still and wait for their decisions. They have to make it, and once done, they have to live with it.

But why would this be entitled The Love of a Good Woman if there is nothing about love and relationships in it? There is, on some levels, a platonic love bonded between two mothers in Jakarta. There is a complex relationships in Rich As Stink, which is told from the point of view of an eleven-year-old girl. There is story that happened to an old couple in Cortes Island, waiting to be unearthed by their neighbor.

Finally, there are family-related themes which are explored in Save the Reaper and My Mother’s Dream. All these eight stories compose a rich collection that offers us bitefuls of stuff to chew on.

Munro, during the announcement of her 2013 Nobel Prize for Literature win, was cited as the master of the contemporary short story. She has made a living out of writing short stories, one after another. Her Nobel win proves that the short story is just as powerful a form of literature as the novel or poetry. It also indicates that it is time that we take the short story a little more seriously than we did.

This collection is my first foray into Munro’s landscape, and this certainly wouldn’t be the last.