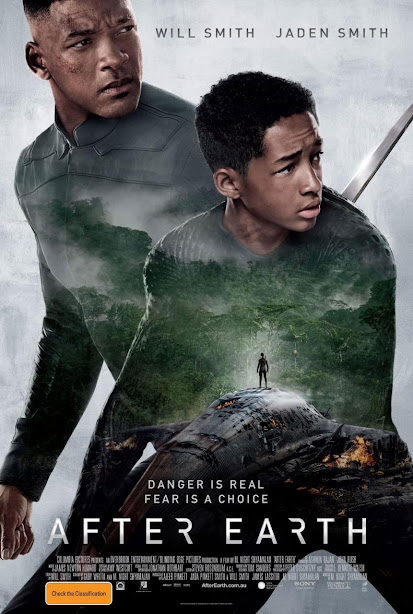 Little is expected now from the once fashionable director of such movies as The Sixth Sense and Signs, and this dystopian SF movie is his most conventional to date.

Will Smith plays a general living in a gleaming new city created in outer space after Earth became uninhabitable. Ordered by his beautiful wife (an ill-served Sophie Okonedo) to bond with their depressed son ("He doesn't need a commanding officer, he needs a father"), Smith takes the lad on a flight to another planet. On the way they run into an interstellar storm, crash-land on the abandoned Earth, and the boy (played by Smith's real-life son, Jaden) must make a hazardous journey to find a beacon that will bring assistance to his injured dad. It's dull stuff, indifferently staged, with heavy-handed references to Moby-Dick.