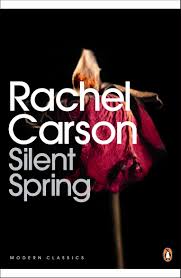 This passionate rejection of pesticides was dismissed by many as the work of an hysterical woman when first published. Now it is seen as a pioneering text in the environmental conservation movement


A
merica is a society founded on the words of the Declaration of Independence, the arguments of writers like Tom Paine (the author of Common Sense), James Madison (co-author of the Federalist Papers) and ultimately on the US constitution and its 33 amendments. As a country largely made by lawyers and journalists through ink and paper, it continues to redefine itself through the English language. From generation to generation, its citizens, uniquely, turn to books and newspapers to argue for change. 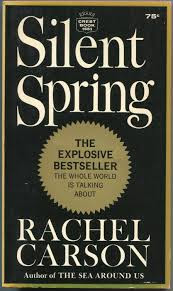 Silent Spring is a classic of American advocacy, a book that sparked a nationwide outcry against the use of pesticides, inspired legislation that would endeavour to control pollution, and thereby launched the modern environmental movement in the US. The great nature writer Peter Matthiessen identified its “fearless and succinct” prose as “the cornerstone of the new environmentalism”. In a few limpid chapters, and fewer than 300 pages, Rachel Carson described the death of rivers and seas, the scorching of the soil, the annihilation of plant life and forests, the silencing of the nation’s birds, the perils of crop spraying, the poisoning of humanity (“beyond the dreams of the Borgias”) and the genetic threats posed by all of the above, especially in its carcinogenic manifestations.
“We stand now,” writes Carson, “where two roads diverge.” There is, she goes on, the superhighway that leads to “disaster”, and there is (echoing Robert Frost) “the road less travelled”, on which US citizens can find their voice, and are heard.
The unrestricted use of pesticides in north America had boomed after the second world war. Carson, whose early work for the US Bureau of Fisheries had given her a special understanding of marine pollution, was one of the first to realise that DDT, a radical new pesticide, had severe ecological consequences. As the great ethnobiologist Edward O Wilson has written: “The effects of pesticides on the environment and public health had been well-documented before Silent Spring, but in bits and pieces scattered through the technical literature. Environmental scientists were aware of the problem but they focused only on the narrow sector of their personal expertise.”
Carson’s achievement was to synthesise this information into a single message (her unforgettable image of a “silent spring”) that scientists and the general public could relate to and understand.


When Carson, who had written extensively on conservation issues throughout the 1950s, began to research Silent Spring, the word “ecology” was still barely understood. Conservation biology did not exist. “At the time,” Wilson later recalled, “the scientific culture was fixated on the spectacular success of the molecular revolution, which had placed physics and chemistry at the foundation of biology.” With No 15 in this series, The Double Helix, we have already seen the excitement generated by discoveries like DNA, “the molecule of life”. At the time, therefore, Carson’s work was beyond the scope of contemporary scientific concerns.
Carson was also battling the postwar renewal of the US economy. By the late 1950s, exuberant economic growth and a dynamic national quest for limitless progress meant that science and technology attracted uncritical national support. Environmental warnings were viewed as an irritating distraction from the American project. Silent Spring would be published in the same year as the Cuban missile crisis: the cold war was at its height.
The chemical industry, which had championed DDT as central to the nation’s domestic agriculture, was an unofficial part of the war effort. Carson was seen as triply dangerous. First, she was an outsider; second, she was a humble biologist with no academic background; and third, she was a woman who addressed herself to the general public (writing radio scripts and bestselling books like The Sea Around Us, 1951). In a word, she was unqualified and unpatriotic. 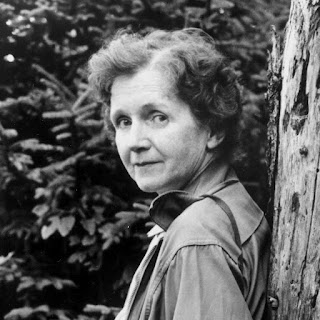 In a hostile intellectual climate, Carson had to find support wherever she could. As she immersed herself in a contentious subject, she approached sympathetic writers and journalists to back her cause, notably the New Yorker writer, and author of Charlotte’s Web, EB White. It was White’s response to Carson’s passionate advocacy that led to a commission from the New Yorker for a major article, a piece that would become Silent Spring. She was additionally helped in her efforts by the outbreak of the “Great Cranberry Scare” of 1959, in which the US cranberry harvest was found to contain high levels of a carcinogenic herbicide. The FDA’s prohibition of cranberry sales and subsequent congressional hearings gave the anti-pesticide lobby renewed publicity and encouraged Carson to focus on the dark side of some pesticide programmes, and to do this with a quiet indignation that was both rhetorically effective and neatly expressed:
“If Darwin were alive today, the insect world would delight and astound him with its impressive verification of his theories of the survival of the fittest. Under the stress of intensive chemical spraying, the weaker members of the insect population are being weeded out.” 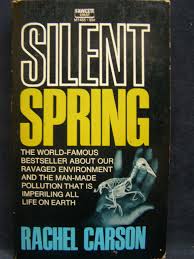 In her conclusion to Silent Spring, Carson allowed her rage on behalf of nature to become almost majestic: “The ‘control of nature’ is a phrase conceived in arrogance, born of the Neanderthal age of biology and philosophy, when it was supposed that nature exists for the convenience of man… It is our alarming misfortune that so primitive a science has armed itself with the most modern and terrible weapons, and that turning them against the insects it has also turned them against the earth.”
As Carson’s biographer, Linda Lear, has written, she deliberately “challenged the wisdom of a government that allowed toxic chemicals to be put into the environment before knowing the long-term consequences of their use. Writing in language that everyone could understand and cleverly using the public’s knowledge of atomic fallout as a reference point, Carson described how chlorinated hydrocarbons and organic phosphorus insecticides altered the cellular processes of plants, animals and humans… Carson challenged the moral right of government to leave its citizens unprotected from substances they could neither physically avoid nor publicly question.”
Once Silent Spring was complete, the New Yorker stepped in again, this time with a pre-publication serialisation that helped propel Carson’s work to the top of the bestseller lists. In part, she was helped by the fury of the public debate, which reached as far as President Kennedy and the White House, and also the outrage felt by the chemical industry. Carson’s opponents vilified her, in Linda Lear’s words, as “a hysterical woman whose alarming view of the future could be ignored or, if necessary, suppressed. She was a ‘bird and bunny lover’, a woman who kept cats and was therefore clearly suspect. She was a romantic ‘spinster’ who was simply overwrought about genetics. In short, Carson was a woman out of control. She had overstepped the bounds of her gender and her science”.

Tragically, however, she was unable to rebut these slurs or even participate in the publicity campaign for her book; Rachel Carson was now mortally ill with breast cancer, and died 18 months after publication, on 14 April 1964. In its own way, however, Silent Spring marked a profoundly important historical moment, which some have compared in social importance to Harriet Beecher Stowe’s anti-slavery classic Uncle Tom’s Cabin.
Wilson’s verdict is unequivocal. Silent Spring became, he writes, “a national political force, largely responsible for the establishment of the Environmental Protection Agency”. It also “resulted in the passage in 1973 of the Endangered Species Act… easily the most important piece of conservation legislation in the nation’s history”. This was the act that also sponsored the saving of the American alligator, the grey whale, the bald eagle and the peregrine falcon, as well as the east coast population of the brown pelican. 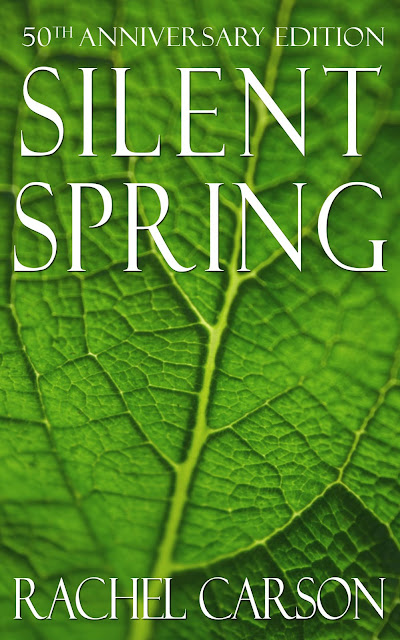 “On the mornings that had once throbbed with the dawn chorus of robins, catbirds, doves, jays, wrens and scores of other bird voices there was now no sound; only silence lay over the fields and woods and marsh.”