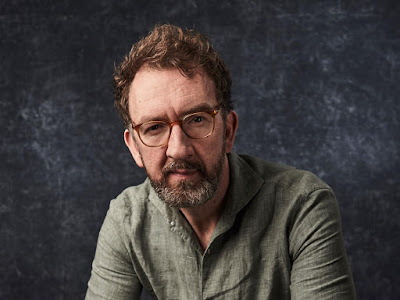 The Once director on his new film Sing Street, working with Keira Knightley, impending fatherhood, and how to write a hit musical

John Carney is a filmmaker and musician best known for his hit award-winning musical film Once. Formerly the bassist in The Frames, Dublin-based Carney’s last film was Begin Again, starring Keira Knightley and Mark Ruffalo. His latest creation, Sing Street, is a must-see coming of age film set in the 80s about a teenager from a rough school forming a band to win a girl.
Sing Street has had rave reviews. How do you feel about the reaction?
Well, it’s fantastic. I’m very surprised; it’s a small personal movie with no Keira Knightleys in it. It’s really rewarding.

Did you feel pressure after making Once?
Maybe deep down and unconsciously. [Once] would be the opening line of my obituary. You’ve got to move on from that and not ever try to better it, but keep doing what you’re doing, and not let it overshadow any other work that you’re doing. If you have a success like Once, it’s tempting to worry about that, but not that I give much importance to it. A few people felt that Sing Streetwasn’t the same as Once, but you’ve just got to try to deal with those and give each film your full attention and try not to worry about what people have said about in the past about your work.
What gave you the idea for Sing Street?
Having formed a school band and being in a school band in the 80s. I thought a few years ago eventually the issues would be far enough in my rear view mirror for it not to be too painful for me to look back on. I just thought the idea of a kid with all the trials and tribulations of life coming to school with a guitar on his back was a nice image.
Music really was a salvation for me at school – I wasn’t a sports guy and I wasn’t academically-minded so the band saved me from an awful lot. It gave me direction and something to do. I am a version of that kid in the film. He’s not quite as good-looking as I was as a kid, obviously. I was 13 and there was a lot of bluff and a lot of pretending that I was super confident, but there was probably a lot of doubt and nervousness underneath an exterior of confidence which I realised I had to give off in order to get by in the rough school that I went to. The band was a real cover up. You can’t get into other clubs you form your own club, right? 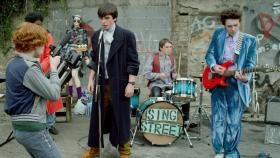 The film you should see over X-Men: Apocalypse this weekend