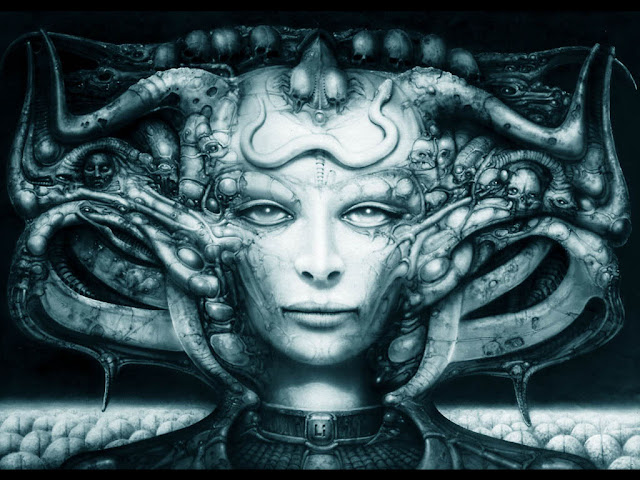 Hans Ruedi met Li in 1966 through her actor-colleague Paul Waibel. Li, back then still training as an actress under François Simon, was Hans Ruedi’s first great love. The couple lived for some time in abandoned houses in Zürich's Niederdorf. Despite their precarious financial situation (and the many cockroaches that repulsed Hans rRuedi) the couple enjoyed a wonderful time in Niederdorf.

In 1970 Li and Hans Ruedi moved into the row house number five in Oerlikon. It was a huge step for the moneyless couple. The house, however, didn't please Li at all. As they moved in she said that it was a "shitty-house", and prophesied to her lover that he would still be living there in 30 years. She was to be vindicated. HR Giger lived in the house for 44 years up to his death. He had, however bought two further adjacent ones (number three and number one) over the years.

The relationship between Li and Hans Ruedi slowly fell apart. Li became depressed and attempted suicide in 1974, something that unsettled Hans Ruedi. He took care of her to the end of her life, collected her after her stays in clinics, or looked for her when she had vanished for days. But Hans Ruedi was powerless against her severe depression. In 1975, at the age of 27, Li Tobler committed suicide at the house in Oerlikon. She shot herself with one of Hans Ruedi's weapons. His shock was enormous. The ensuing period was one of grief and self-reproach. Li’s brother, Paul Tobler, lent him support throughout it.

Li Tobler is omnipresent in Giger's work. Immediately after her death he created a bronze bust to decorate her grave. There is a polyester version of the bust hanging in the hallway of his house. Two of his most important works, not to say most famous ones, show his former lover: "LI I" and "LI II". These pictures were created after her first attempt at suicide, some months before her death.

Posted by Ficciones at Tuesday, September 17, 2019