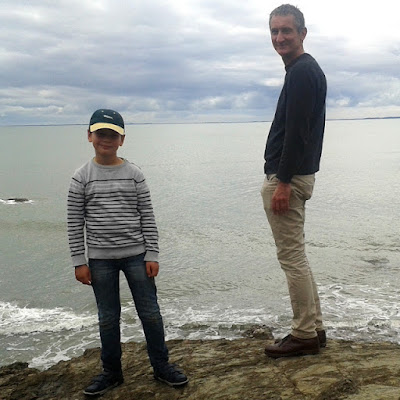 "You sit down, you create. That’s hugely enjoyable."

John Lambert is a Canadian literary translator. He speaks English, French and German. He decided to answer our questions in English.

How did you start translating literature? What are “your” authors and languages?
That was in 1989, when I was studying in Paris. I walked by a bookstore at the Gare Saint Lazare and saw a copy of La salle de bain (The Bathroom) by Jean-Philipe Toussaint. I like small books, so I wrote Marion Boyars, the publisher who had bought the rights, and she asked me to translate Toussaint’s second novel Monsieur. Aside from Toussaint I’ve translated Limonov by Emmanuel Carrère, and I’m now working on his Le Royaume (The Kingdom).
What do you like /dislike about your job as a literary translator?
You sit down, you create. That’s hugely enjoyable.
What is the most enriching experience you have had?
My wife and I have had two children and we’re expecting a third: that’s hard to top. But as a translator, maybe the times when you feel you’ve really nailed it. This sentence from Carrère’sLimonov comes to mind: “When the director gets out of his Volga and sees you shoveling in the courtyard, he’s the one who feels vaguely like a douchebag.”
What made you feel closest to an author?
Working together, definitely. For example Jean-Philippe Toussaint is Belgian, and the European College of Literary Translation, headed by Françoise Wuilmart, has organised several summer sessions with his translators in the Walloon town of Seneffe. One memorable morning session , for example, Jean-Philippe demonstrated on the gravel courtyard the culminating action of the story cap corse (the best day of my life), in Autoportrait (à l’étranger), translated as self-portrait (abroad). It all climaxes with a “carreau sur place”, which is every bit as racy as it sounds. I refer you to page 44 of the original and page 31 of my translation to find out how it’s done.
What have you found most difficult to translate?
This sentence from Toussaint’s Monsieur definitely took the most time, several months. In the end I stuck all the possible words for the the final oxymoron “mol acharnement” on my wall and shifted them around until I got it right. I love the tectonic feel of it, we’re in geological time here: “Yes, Monsieur displayed in all things a listless drive.”
What have you enjoyed most translating?
In fact the book I’ve most enjoyed translating is my own first novel This Season’s Concerts. I’m working on a French translation with Jean-Philippe Toussaint. That’s highly rewarding, and Toussaint has this terrific energy and inspiration. Together we took my “absolutely apeshit” and came up with “un vrai truc de malades”, for example. Even better, Toussaint suggested translating my “damn it” by the French anglicism “damnèd”. That’s pretty hard to beat.
Which author would you love to translate?
Claude Cahun wrote some interesting texts. If the opportunity arose I’d certainly look in that direction.
If you were not a literary translator, what would you do?

Well, I like to hike, maybe a tour guide: a mountain tour guide.