Whatever their age, kids will be engaged and inspired by this year’s diverse offerings

Katinka’s Tail by Judith Kerr
(HarperCollins)
From the beloved creator of Mog and The Tiger Who Came to Tea, this feline adventure – featuring the snow-white Katinka and her unusual tail – will enthral toddlers with its gentle, gold‑flecked domesticity.
Pick a Pine Tree by Patricia Toht
Illustrated by Jarvis (Walker)
Anticipation builds throughout this rhyming, ritual account of choosing and bedecking a tree. Everyone in the blocky, soft-glowing images is beaming, from people to pets to plump Santa ornaments; by the end of the book, readers will be, too.
Mopoke by Philip Bunting
(Scholastic)
In a series of splendid visual/verbal jokes, a mopoke (or southern boobook owl) is denied the peace he craves – until, refusing to be a snowpoke, a slowpoke or a glowpoke any longer, he takes to the wing, leaving Nopoke. 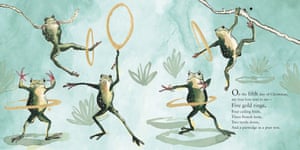 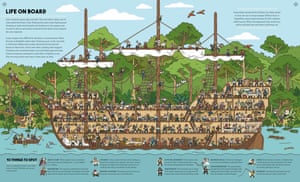 
Pirates Magnified by David Long
Illustrated by Harry Bloom (Wide-Eyed)
An absorbing non-fiction variation on the search-and-find trend, this treasure chest of pirates’ lives, skills, ships and booty boasts a 3x magnifying glass (incorporated ingeniously into the cover), a rogues’ gallery and a pirate-slang glossary. Hoist the mizzen!
A is for Art by Paul Thurlby
(Hodder)
Amid a plethora of art-focused children’s non-fiction, Thurlby’s alphabetical guide – an introduction to the National Gallery and to many artists, techniques and movements – stands out for its demystifying enthusiasm, bold, cheerful design and inspiring sense of possibility.
The Story Orchestra: The Nutcracker by Jessica Courtney-Tickle
(Frances Lincoln)
Beautifully designed and vividly illustrated, this mouth-watering musical book contextualises excerpts of Tchaikovsky’s ballet music within a sugarplum-sweet retelling of the story.

The World of Moominvalley by Philip Ardagh
Illustrated by Tove Jansson (Macmillan)
Bound in celestial blue and gold, featuring a foreword by Frank Cottrell-Boyceand Tove Jansson’s glorious illustrations throughout, Ardagh’s weighty, witty, carefully curated guide to the Moomins, their friends, their philosophies and their habitats – as well as the life of their mysterious creator – offers hours of browsing to aficionados young and old.
Illegal by Eoin Colfer and Andrew Donkin
Illustrated by Giovanni Rigano (Hodder)
Twelve-year-old Ebo’s journey from his village in north Africa, following in his siblings’ wake, brings him to a dangerous Mediterranean crossing in this arresting graphic novel. Full of contrasts – cold sea and scorching desert, small kindnesses and casual cruelty, hope and sorrow – it tells the stories behind the blunt headline statistics.

Harry Potter and the Prisoner of Azkaban by JK Rowling
Illustrated by Jim Kay (Bloomsbury)
Harry’s third adventure at Hogwarts is reinvigorated by Jim Kay’s superb painterly images. From the crepuscular grandeur of the towering Knight Bus to the dappled, strokable feathers of Buckbeak the hippogriff, his work invests Rowling’s world with yet another layer of magic. 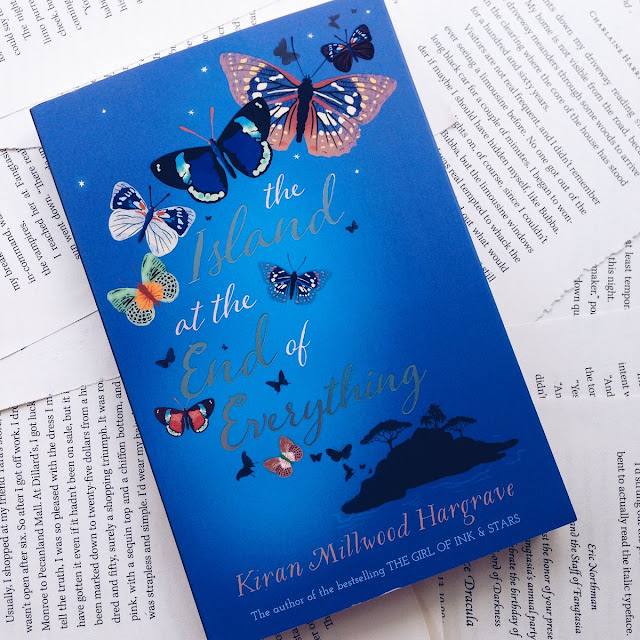 The Island at the End of Everything by Kiran Milwood Hargrave
(Chicken House)
Amihan has lived all her life on the island of Culion, where many people have leprosy – including Ami’s mother. It is a place of joy, however, until harsh authority descends, parting families and uprooting children. Shortlisted for the Costa award, Milwood Hargrave’s second novel is original, poignant and saturated with a sense of wild nature. 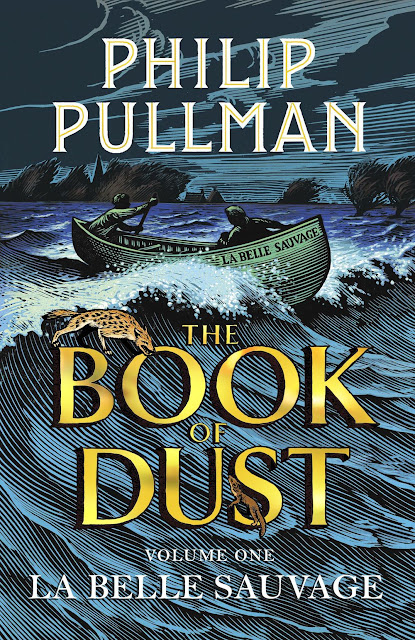 Pullman’s long-awaited return to the world of His Dark Materials is, at times, dark indeed. As Malcolm Polstead, 11-year-old landlord’s son, and Alice Parslow, 15-year-old potwasher, convey the baby Lyra Belacqua down a flooded river in Malcolm’s canoe, the threats in their wake are fierce and frightening (and Alice’s language, in particular, unparliamentary). To the reader immersed in it, whatever their age, it affords the enjoyment of watching a master storyteller at work. 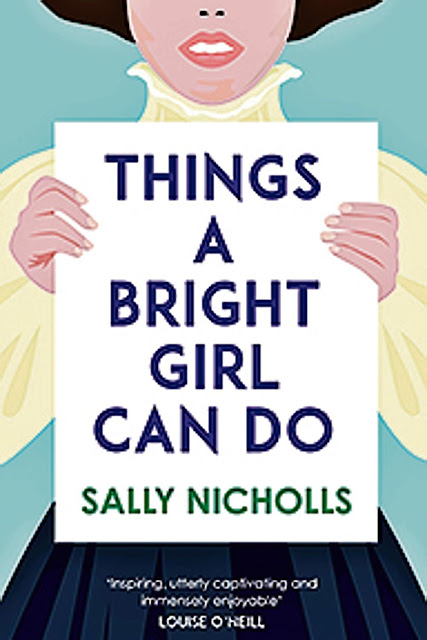 Things a Bright Girl Can Do by Sally Nicholls
(Andersen)
Nicholls’ compelling narrative follows Evelyn, groomed for marriage over study; May, the free-thinking daughter of a Quaker; and Nell, the tough, capable mainstay of her poor family. All of them will fight for the right to vote, but, as the spectre of war grows ever closer, what will they sacrifice – and what will be taken from them? An unforgettable historical novel. 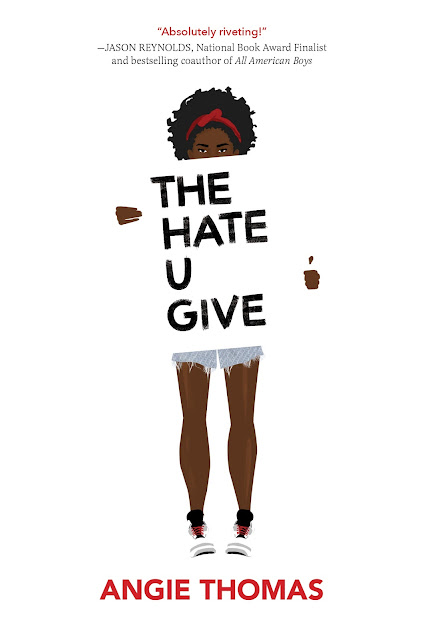 The Hate U Give by Angie Thomas
(Walker)
A standout debut, this US novel is the Black Lives Matter-inspired story of Starr Carter, whose friend Khalil is shot dead by a police officer as she watches – and whose divided life is jolted out of kilter in the fallout. Full of evocative detail and wry humour, with a charismatic narrator, it reads like a canonical text. 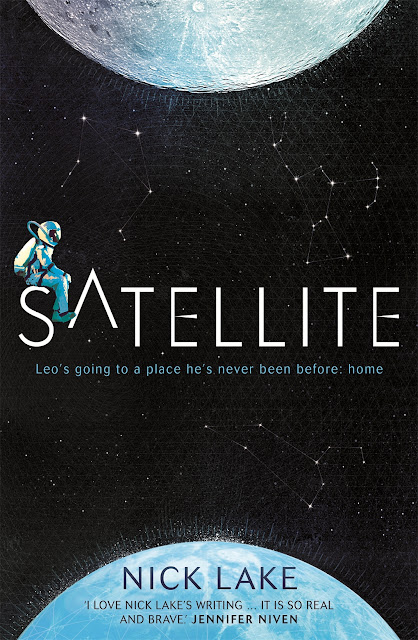 Satellite by Nick Lake
(Hodder)
Leo was born in space, living all his life on space station Moon 2 with fellow space-children Libra and Orion. Now, at 15, he is almost due to go to Earth for the first time, but more awaits him there than his grandfather’s ranch and the experiences he has been promising himself. Told in Leo’s abbreviated, allusive diction, this is extraordinary science fiction, as diverse and humane as Iain M Banks at his best.
THE GUARDIAN