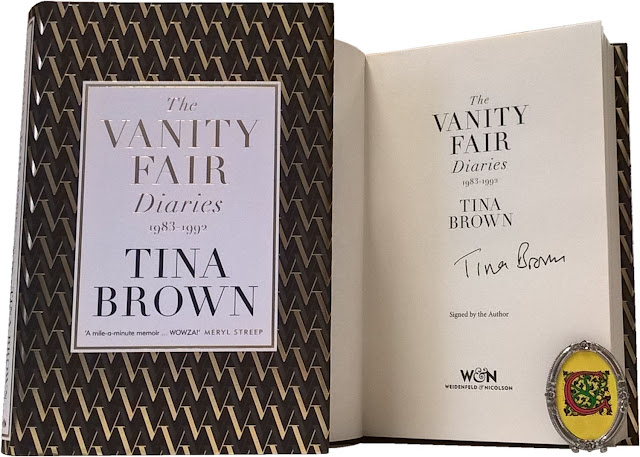 I
am here in NYC at last. I feel I am in the right place. My life at home was just too drab. Sure, I had been to Oxford and met Auberon Waugh and Martin Amis, got married to Harold Evans, my boss at the Sunday Times – quel scandale! – and turned Tatler from a third-rate operation selling just 246 copies a month into a must-buy magazine with a circulation of three million. But something was missing. I needed to turbocharge my supersonic career. And where better than in the glitziest, sexiest city in the galaxy?


After breakfast in the Algonquin, I bought an Oscar de la Renta couture number on my way to meet Condé Nast head honcho, Si Newhouse. “Hi,” I said. “Your relaunched Vanity Fair is total shit. Make me its editor.” Si dithered, explaining that maybe I should go in first as a consultant to the current editor, Leo. Reluctantly I agreed, but made sure he paid me $50,000 for my trouble.
Had dinner with several people whose names will mean nothing to you, but are the most supersonic deal makers in New York. They all told me how keen Tom Wolfe and Henry Kissinger were to meet me. Pencilled in some dates for a power breakfast in my Filofax. Went into the Vanity Fair offices to discover morale is rock bottom. I’m not surprised. The magazine is tanking. Told Leo that his July issue was the best yet and then dropped in to see Si for lunch at La Grenouille to say the July issue was dross and that the cover story needed to be dropped. Went back to office to find Leo sulking. Can’t imagine what his problem is. 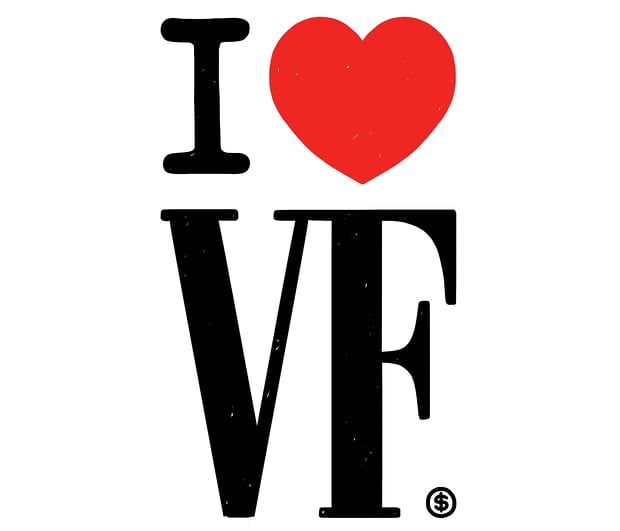 Flew back to London for the weekend to see Harry who is working on his brilliant manuscript that is going to be the best book ever written by anyone. God, I miss him. Though not that much. Had my hair done at Lou’s on Park Avenue where I met Liza Minnelli, before going into Vanity Fair for my first day as its new editor. Immediately sacked two people before ordering a skinny latte and going to the gym where I bumped into Arnold Schwarzenegger and Tom Cruise. Si called me in the afternoon to ask if I had only meant to sack two people. Went downstairs and sacked eight more, told Annie Leibovitz to reshoot the October cover before going to an exclusive party. Tomorrow we buy our dream house in the Hamptons.
Si phoned to say that I had been seen sitting near the window in the Four Seasons. “That’s social Siberia,” he drawled. “Next time you have to sit nearer the kitchen.” New York is still so foreign to me. Though I feel more alive here than in London. The circulation figures for my first issue are in. I have trebled them to 25.7m. I am literally floating on air. I fly to Washington to organise a photoshoot with Ronald and Nancy before dropping in on Norman Mailer and Joan Didion for a quiet dinner with 90 of our closest friends. Went home and read a bit of Shakespeare to remind everyone I was actually quite bright.

VF isn’t making the circulation inroads I had hoped. There are still 29 people in New York who don’t bother to read it. Maybe a long piece about blond actresses would help. I call up Michelle Pfeiffer who tells me she is now a brunette. Great news. Harry is back in the US to edit Condé Nast Traveller. Some people say the job is beneath him, but I admire him for not being too fussy.

Spend several hours giving birth to our first child, George, and then go into the office to commission a 20,000-word piece about Princess Diana, before stopping off for a glass of champagne with Donald and Ivana Trump on the way home. I think I might put Donald on the cover one day soon. He may be crass, but it’s a very sexy, very brassy kind of crassness. The kind of crassness that makes him want to grab you by the pussy. Fire my first nanny for giving George a cough. My life is so stressful, I could do without staff troubles.
Fly back to England to see some of my old friends. Martin Amis looks drab and depressed and is hardly earning anything. Stop over in Spain to show my parents the latest circulation figures. Loads of people in New York are dying of Aids, but luckily I am having a great time. Really, this city has such energy. Such buzz. Exchange contracts on yet another dream house and realise I am a bit bored. I write out a plan for myself: 1. Have another baby. 2. Write a book. 3. Make a film. 4. Edit the New Yorker. 5. Spend more time with George. 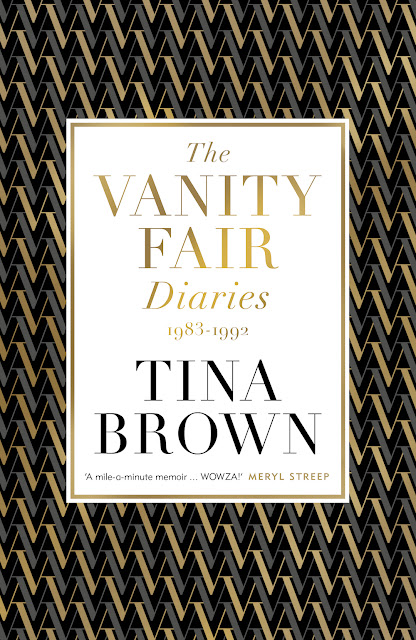 Five years later than planned, I have my second baby. Sometimes, I would fire myself if I could. Even though Boris Johnson has lied about me in a Sunday Telegraph profile – what a shit the man is – life could scarcely be more perfect as VF now has a UK edition. And I am absolutely thrilled that Anna Wintour has been made editor of Vogue.
People keep asking me to edit new magazines. I do wish they would stop. Si calls to ask me if I want to edit the New Yorker. I blow him some air kisses down the line. Mwah, mwah. Of course I will. To tell you the truth, VF was never all it was cracked up to be. And guess what? I’ve got through the whole book without mentioning my dear friend Harvey Weinstein.
Digested read, digested: Bonfire of the Vanity
THE GUARDIAN