The Secret Life of Cows by Rosamund Young / Digested read 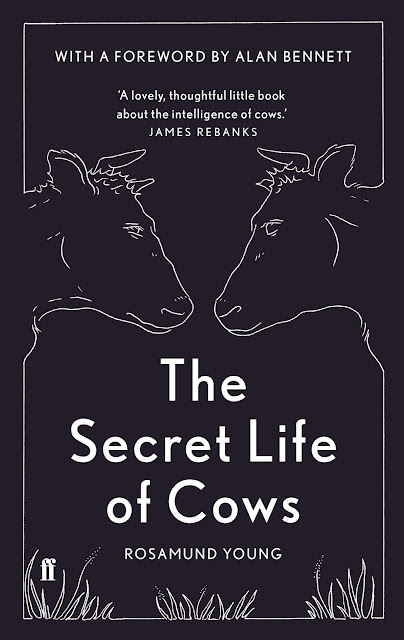 The Secret Life of Cows by Rosamund Young – digested read

‘Every summer we would have a sports day, as cows are very athletic. One
year, Bob the Bull twisted his ankle while jumping over the moon’


M
y family started rearing cattle in 1953 and since that time I have become a close observer of how cows like to behave. Take Harriet. Harriet was the best-natured cow you could hope to meet, but if you tried to take her out of her barn between 7.00 and 7.15 in the evening when The Archers was on Radio 4 she would kick up rough. She hated that Rob Titchenerfrom the off, which shows you that cows can be very good judges of character.


From the very beginning, we decided to let the cows choose how they wanted to be reared. They were all given a questionnaire and those that said they preferred to be intensively farmed and force-fed antibiotics were sent away, while those that wanted an easier life with fresh grass and central heating were allowed to stay. As a result, many of the cows have become close friends and are invited into the house on Christmas Day for lunch.
Some cows are quite stupid, but some are very intelligent. Jake was a charming Charolais calf who was normally very even-tempered. But over the course of one week, I began to notice he was showing signs of distress and wandering round in circles in the field. Then I realised he was actually a bit bored and needed stimulation. So I bought him a Rubik’s cube and he was happy as Larry. Larry was an old bull, who when he wasn’t shagging, liked nothing more than to stand by the rail track and tick off the numbers as the trains went by.

At tea-time, all the herd used to like to come indoors. Apart from Dolly. Dolly would stay out in the field looking miserable. We would try to coax her in but every time she would just dig her heels in. It slowly dawned on me that Dolly was sulking because her former best friend, Nelly, had stopped talking to her and had taken to hanging out with a young heifer called Fat Karen. So I explained to Dolly that friendship groups can change as young cows can be fickle and that she should try being nice to Billy No Mates instead. From then on Dolly and Billy No Mates became inseparable.
Not all cows turn out to be as nice as you hope. Although Nigel had the best possible start in life – his mother, Abigail, udder-fed him the sweetest milk up until the age of nine months – he quickly turned out to be a pain in the neck. Nigel would spend all day standing by the gate, swilling gallons of ale, smoking fags and abusing foreigners. In the end, we had to get rid of him as none of the others could bear him.

Every summer we would have a sports day, as many cows are surprisingly athletic. These events could turn out to be very competitive and one year Bob the Bull was absolutely gutted at having to withdraw from the high jump after twisting his ankle when jumping over the moon. To help him recover from his disappointment we entered him for the three-legged race instead. Sadly, Bob lost that race by a nose and was last seen eating magic mushrooms in the top meadow.
Calves that are born in cramped conditions and separated from their mothers at an early age are far more stressed than those that have a natural birth. Whenever our cows get pregnant, we encourage then to sign up for National Calfbirth Trust courses so that they can share their worries with other mothers and get advice on how best to look after their young.
Now seems to be a good moment to tell you a little bit about pigs, sheep and turkeys. Though many pigs can be quite intelligent, some are really thick. The same goes for sheep. Turkeys can be a lot of fun if you let them drive the tractor, but you do need to keep an eye on them in December as they have a habit of making themselves scarce.
A last word on cows. A well-bred cow that has been treated well will usually be unfailingly polite. Most are charming at their moment of departure and make a point of saying goodbye and thank you for all that I have done for them. Though you do get the odd one who kicks up a stink when you take him to the abattoir and starts mooing: “Why are you going to put a bolt through my head, you sadistic, two-faced motherfucker?”
Digested read, digested: Holy cow