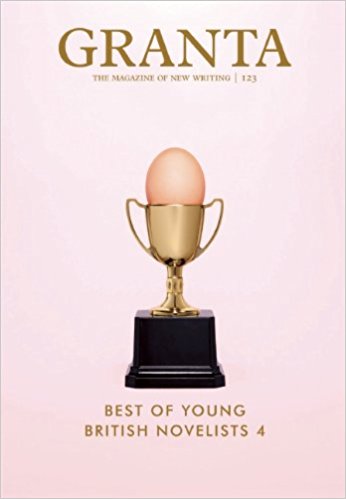 
I
n his introduction to this 2013 class of emerging British novelists, Granta's American editor, John Freeman, suggests we live in "unreaderly times". Young writers, his argument goes – literary fiction being the only career in which youth is allowed to extend to 40 – need more help than ever before to win an audience. The list appears to bear out the observation. It is hard to imagine that any reader, bar Granta's team of judges, had previously engaged with the work of above half of the writers chosen – and it is slightly shaming then to see most arrive with several novels to their credit and already freighted with numerous prizes and awards.

In contrast to previous Granta groupings, only Zadie Smith has claims to prior headline act status. It is, too, unfair to judge the choice, without going back to all the novels that produced it. Still, reading back to back the vividly crafted excerpts and stories, you are struck by a few things: first, the writers are defiantly, almost perversely, global in their reference points – stories are set in the military training camps of Mogadishu, Somalia (Nadifa Mohamed) and sheep stations of western Australia (Evie Wyld); on the building sites of Dubai (Tahmima Anam) and in a Chinese refugee centre in Lausanne, Switzerland (Xiaolu Guo) – so you search, mostly in vain, for any sense of what it might be like to be young and in Britain at the moment.

Second, no one, gay or straight, seems to have much interest in writing about sex anymore; and third, comic intent or mischief is, as in most fiction chosen by diligent committee, in perilously short supply (with Naomi Alderman's likable story about the prophet Elijah in Hendon, London, an honourable exception). The dominant tone is of poignant uprootedness, anxious displacement. I guess one test of such a collection is, of the writers you'd never read, which made you immediately click on to an Amazon page, anxious to get hold what else they had published. One had that effect on me: Sunjeev Sahota, whose tale of recent Sikh immigrants in Yorkshire is magically observed.
THE GUARDIAN