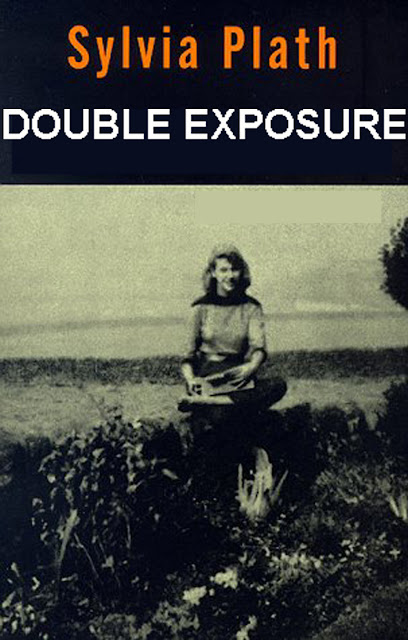 The Ghost of Plath’s Double Exposure


Sylvia Plath is famous for her poetry and for one novel, The Bell Jar, published in the UK in 1963 but not in the US until 1971. Plath did begin another novel. Her husband told us so. In 1977, in the introduction to Johnny Panic and The Bible of Dreams, a collection of Plath’s journals and stories, Ted Hughes wrote that she had “typed some 130 pages of another novel, provisionally titled Double Exposure. That manuscript disappeared somewhere around 1970.”


We know how the life, if not the novel, ended. In December 1962, after her marriage with Hughes had broken down, Plath moved herself and their children from the family house in Devon back to London. She moved into a flat at 23 Fitzroy Road, a house once occupied by WB Yeats. In the early morning of 11 February 1963, Plath put some bread and milk in the bedroom of their children, Frieda and Nicholas, opened their window to let in a small breath of air, then sealed their door with damp cloths. Plath went downstairs and sealed herself similarly in the kitchen. She put her head in the oven, turned on the gas, and killed herself.
During the last months of her life, Plath found her Ariel voice and wrote the poems that confirmed her reputation, including Lady Lazarus, Daddy, and Edge. She also, as she had done since she was a child, kept her journal. One volume of these journals, like the novel, “disappeared”. Another volume was destroyed. Of the disappeared journals, Hughes wrote: “Two more notebooks survived for a while… The last of these contained entries for several months, and I destroyed it because I did not want her children to have to read it… The other disappeared.”
The 1962 notebook and a typescript. Both “disappeared”. What does that mean? As Plath and Hughes were still married at the time of her death, and she died without a will, Hughes became the heir to Plath’s estate, and all her belongings. Over the years, he was often accused of withholding certain papers, just as he had burned the journal.
Ronald Hayman, in The Death and Life of Sylvia Plath, says that Judith Kroll saw an outline of the novel, titled Doubletake and later, Double Exposure. Like so much of Plath’s work, the writing had its origins in biography. Hughes had begun an affair with Assia Wevill while Plath was in Devon, and his infidelity hurt her bitterly. Plath wrote to a friend that the novel was “semi-autobiographical about a wife whose husband turns out to be a deserter and philanderer”.
There are rumours about the disappeared manuscript. It’s been said that Esther Greenwood, the protagonist of Plath’s much-loved novel, The Bell Jar, turns up again inDouble Exposure. It’s been said that the rare books department at Smith College in Massachusetts, where Plath studied, has a secret copy of the typescript under seal. Plath’s mother, Aurelia, also claimed that her daughter had told her about the book, while Plath’s husband accused Aurelia (after Aurelia was safely dead) of stealing it: “Her mother said she saw a whole novel, but I never knew about it. What I was aware of was sixty, seventy pages which disappeared. And to tell you the truth, I always assumed her mother took them all.”
Missing Plath novels do turn up occasionally. In 1999, a team working in special collections at Emory University in Georgia, which acquired the library of Ted Hughes, discovered two chapters of an early novel called Falcon Yard. Falcon Yard is the place in Cambridge where, in 1956, Plath met (and, famously, bit) Hughes. The novel would have fictionalised their life together. It was never completed.
The draft of Double Exposure may have been destroyed; it may have been stolen; it may have been lost. It might lie unfound in a university archive. Certainly, some of the files at Emory are closed until 2022, but that is probably to protect the privacy of Carol Hughes, the Poet Laureate’s second wife.
The disappeared typescript was a draft of a novel, not a finished work. Would Sylvia herself wish us to read Double Exposure in its raw state?
She burned many manuscripts. But not this one. Or that missing journal. “Her blacks crackle and drag.”
http://lostmanuscripts.com/2010/08/29/the-ghost-of-plaths-double-exposure/