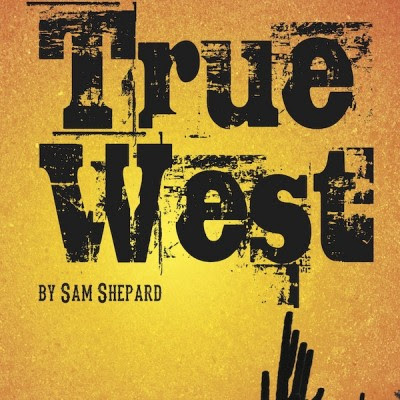 
T
he brightest thing on stage is Austin's sky-blue shirt. Glowing brightly beneath Tina McHugh's exquisite lighting, it looks like an accusation: however he behaves, this man is a figure of Ivy League privilege. Stalked by his dissolute brother Lee, he is buttoned up and prim, a bourgeois prig.

"Sam Shepard is contemporary American drama," said the critic Martin Esslin; he might just as easily have said True West is contemporary America. In this uncomfortably black comedy, the playwright sets two sides of the national psyche against each other. Austin is the cerebral screenwriter chasing the American dream on its own winner-takes-all terms. His estranged brother Lee is the lawless, self-reliant frontiersman, as at home in the Mojave desert as a coyote.
Their battle, as they meet for the first time in five years in their mother's west-coast home, stands for the irresolvable conflict between head and heart, cultivation and instinct, sophisticate and savage. When, counter to expectations, Lee sells a screenplay and Austin hits the bottle, we realise neither man is as comfortable in his skin as he likes to pretend.
With its stillness and soft evening hues, Max Jones's wide oblong set has the languid feel of an Edward Hopper painting, but it is one infused with brittle tension. Director Phillip Breen brings all the intimidating pauses and brooding menace of a Pinter play, never allowing Alex Ferns's Lee to break eye contact nor Eugene O'Hare's Austin to speak too soon.
It makes for an electrifying performance, controlled and precise, yet ever threatening to tip into anarchy. Ferns, especially, commandeers a dangerous rock'n'roll energy, one eventually matched by an explosion of pent-up rage as O'Hare tries to tap into Austin's clumsy primal instincts. We laugh, but our laughter is chilling.
THE GUARDIAN