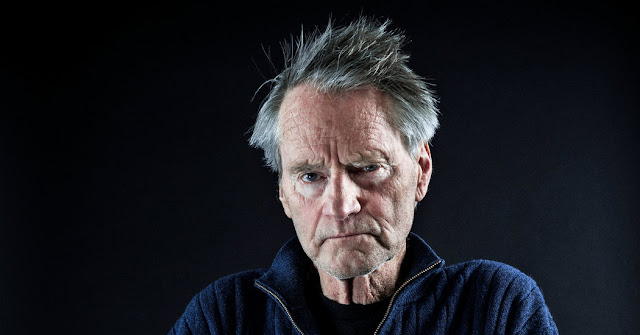 Ed Harris: ‘His plays allow you to pour it out’

Sam had just won the Pulitzer prize for Buried Child and was already a bit of an icon when we first met. I did Cowboy Mouth, which he wrote with Patti Smith, in a little theatre in LA in 1979 and he came around to rehearsals. Then I was in his play True West, and we went for a few beers, played some pool.
Fool for Love, which Kathy Baker and I did in 1983, was a really fun time. That play allows you to just go out there and pour it out. I was a pretty young guy and we were kicking ass every night. For a young actor, the part of Eddie is a joy. He’s a rodeo cowboy, in trouble with the woman he loves and trying to win her back. You learn how to use a rope, put your spurs on, and go out there and wail on it. There’s a lot going on inside that guy. Most of Sam’s plays are pretty autobiographical in terms of dealing with his own internal maelstrom. His last book, The One Inside, is a collection of episodic little stories tied together. It’s the most intimate thing he wrote. Read that and it’s like you’re holding the essence of Sam in your hands.

Sam was a man who did not relinquish power, but in his work he allowed himself to be vulnerable and uncertain. He looked at life knowing it’s transitory and full of surprises, and he understood what a labyrinth the human psyche is. It was a joy to work on his plays because of the poetry and rhythm of the dialogue. Exploring his characters is like a bottomless pit. We just did 125 performances of Buried Childin London and were still discovering things about these people at the end of the run.

I think he trusted me. Sam really liked actors. He’d cast people he knew could inhabit these characters and he’d say what was necessary to guide you to find the truth. I only saw him on stage once, in Caryl Churchill’s A Number in 2004. I always felt he believed in simplicity and stillness and just let the language work for him. He had a great presence. In his later years he started to play some great character roles, like in Mud (2013). He knew he was getting older and didn’t have those matinee idol looks any more, and played these characters that were kind of quirky and strange. It was fun to see him inhabit them.
As a really private guy, Sam didn’t talk a lot about his feelings. I’m glad I was able to spend some time with him when we were rehearsing Buried Child. He’d been diagnosed with ALS [Amyotrophic Lateral Sclerosis]. When he found out he was seriously ill, he became more open and accessible. A kindness crept into him. It allowed me to feel the nature of our friendship, and I’d like to think it was the same for him. He was a huge influence in my life. I loved the guy and I’ll miss him big time.
THE GUARDIAN