As Bob Dylan becomes the first singer-songwriter to be awarded the Nobel prize for literature, five female artists salute his genius

Suzanne Vega, singer-songwriter: ‘I see goddesses and queens and women revered in his music’

I am thrilled for Bob Dylan and I think it’s very appropriate that he’s being praised for the literary excellence of his work. The citation credits him with having created “new poetic expressions within the great American song tradition” and that’s exactly what he’s done. He’s not being honoured as a musician but for the depth and breadth of his vision and the eloquence of the language with which he expresses it. He has every literary device in his songs: character, narrative, style.


Take A Hard Rain’s a-Gonna Fall: there are so many images there. “I saw a white ladder all covered with water” – there’s something very mysterious about that image and it’s so effective just to have it with no explanation. In the same song you have “I saw guns and sharp swords in the hands of young children” – those lines are so prophetic, especially in America today. We’ve had horrific incidents where toddlers in the back seat have picked up a gun and shot one of their parents. So every time I see one of these terrible gun shootings, I think of that.
Dylan was a big influence for me. He opened up this incredible, imaginary world. I was nine or 10 when I first heard Mr Tambourine Man and I had a vision of him dancing “beneath a diamond sky with one hand waving free”. It sounded so beautiful, so free. I thought that’s a world I want to be in.
My mother always thought that Dylan was somewhat misogynistic, but I don’t see that. I see a whole range of female characters in his music from goddesses and queens and women revered and then also women used, abused. I would love it if other songwriters who had a similar literary bent could win the Nobel prize. Like Lucinda Williams. She has a literary dimension to her work that elevates the form out of just being a pop song to something with so much more depth. 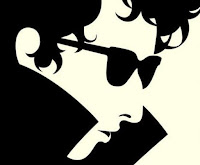 Kathryn Williams, singer-songwriter: ‘There’s a simplicity and an honesty to his songs’

It’s a massive, joyous feeling to see someone I admire so much achieve this. Bob Dylan has marked so many pivotal times in my life; he has inspired me and introduced me to different artists, whether it’s Woody Guthrie or Dylan Thomas. My mum and dad were fans, so his albums have been with me through the years, as I was turning from a child into an adult. I used to work in a bar called Pilgrim in Liverpool and I’d put Lay Lady Lay on the jukebox every morning when I was cleaning the bar and this gorgeous, treacly, chocolatey voice would just seep into me.
I’m at a writers’ retreat at the moment and we had been talking about Bob Dylan even before the news. [Singer-songwriter] Polly Paulusma was saying that what people forget with lyrics is the triangulation: there’s the lyric, the music and the voice.
Performance poetry can work in a similar way, but on paper it might not have the same strength. I’ve got a book of Dylan’s lyrics and whenever I read them it’s not in my formal internal book voice, I hear his voice and character and intonation and the way he bends words to the music.
All the people who are being snobby and saying it’s ridiculous for a folk artist to be awarded this need to have a rethink: I mean, Homer, all of his stuff was song. There have been so many profound writers through time who could transcend lyric, music and voice into a different form.
There’s a simplicity and an honesty in lots of Dylan’s songs, like “The only thing I knew how to do / Was to keep on keepin’ on like a bird that flew” on Tangled Up in Blue. Where on Just Like a Woman he sings “When we meet again / Introduced as friends / Please don’t let on that you knew me when / I was hungry and it was your world”: the first bit could be any sort of love song, then he just blasts it away and lifts it to a different level. And he does that sort of thing all the time.
I don’t know if I would want to meet my hero: when it comes to his treatment of women, like the Joan Baez stuff, sometimes it does my head in. I think it’s that same troubling situation as you can feel with Picasso, or Jack Kerouac, being on the road and leaving women on the journey. It’s a really hard thing because it’s that meeting of an artist with their personality.

Elizabeth Peyton, painter: ‘Like David Bowie, he defies any kind of label’

It really wasn’t easy for me to like his music. Kind of like smoking, it doesn’t taste so great at first. But then during a tough time he suddenly made so much sense to me and, I’m sure like many other people can say, he really helped me. I think Todd Haynes said something like Bob Dylan is there when you need him.

When I had the eureka Dylan moment it was because he symbolised someone who was just trying to be honest in his work and let that take him, move him, transform him. His integrity as an artist is very inspiring. I admire anyone who tries to make art directly about a topical situation, to transform it into something poetic. I started drawing him around 2007 and made some still lives. I made an artist book using my pictures of him.
I think him winning this prize makes a lot of sense. It doesn’t seem strange to me that a song writer has received the Nobel prize for literature. People have been wandering the earth with string instruments and songs for a few thousand years – it’s a perfect, compact, way to contain art: feeling, time, history. I would have thought in 2016 we would be a bit beyond finding this strange, but perhaps Donald Trump is bringing all Americans down in the eyes of the world. Anyway, like David Bowie, Bob Dylan defies any kind of label.

Carol Morley, film-maker: ‘I was influenced by Dylan without even realising’

When I was an eight-year-old, I found a scrap of paper in my older brother’s room, with words neatly written on it: “It’s life and life only.” These words seemed dramatic and intense and puzzling. I spent a long time thinking about them and they remained with me for years. A few years ago I told a friend about the impact they’d had on me, and she smiled knowingly and told me that they came from a Bob Dylan song – It’s Alright Ma, (I’m only Bleeding). I was surprised but happy that I’d been influenced by Dylan, without even realising. I even integrated those words into my 1960’s set film The Falling, with Maisie Williams’s defiant character saying in response to her best friend thinking she may be pregnant: “It’s life and life only.”

I think it’s great that a lyricist has won for literature, as lyricists make such a brilliant and important contribution to most of our lives. Though I have to admit to often mishearing songs and making the words my own. It was not until fairly recently I found out that what I heard as, “Lay across my big brass band” – and thought of as some kind of euphemism for male genitals – was in fact, “Lay across my big brass bed.”
When I think about Bob Dylan I immediately think of Cate Blanchett, who did a magnificent portrayal of him in Todd Haynes’s I’m Not There. In my fantasy counterculture world, it would be wonderful if Cate went and collected the Nobel prize on Bob Dylan’s behalf. That there are no women included in this year’s prizes, and that statistically since the origin of the award there is a lack of acknowledgment for those that aren’t white men, doesn’t surprise me. As Dylan said: “The masters make the rules.”
Dylan totally deserves this. And it is quite brilliant that it has happened now, when we’ve got four weeks to go [until the US election].
I was never much one for poetry but for lyrics, completely. When I first heard Blowin’ in the Wind it was [played by] a friend of mine at art school who played guitar and I asked him to teach me the chords for Blowin’ in the Wind. This was in 1964 and he wouldn’t because he thought that a girl shouldn’t be singing a Bob Dylan song! But it was the rest of the Freewheelin’ Bob Dylanalbum that really caught me and educated me. I was 19 and it probably gave me my first real thoughts about civil rights and about war. It was hugely important. It’s very tempting to think that no music now could be as potent or affecting as those few years in the mid-60s. But then that’s obviously because I lived through them.
There’s so much music to listen to now it’s very hard to pick out something that is as clear as Bob Dylan’s words were then. And such a massive amount of words. How could he have found so many words? The lyrics that have been going through my head today are from Oxford Town: “Oxford Town in the afternoon/ Everybody singing a sorrowful tune/ Two men died ’neath the Mississippi moon/ Somebody better investigate soon.” Still now, that’s so relevant: “somebody better investigate soon”.

Jessica Staveley-Taylor, musician, The Staves: ‘He tells stories and you believe them straight away’

Bob Dylan feels like something that has always been there – he’s got a theory that the songs have already been written and he’s just channelling that energy. Blowin’ in the Wind almost feels like a hymn, not a pop song written by a man who’s still alive. When there are political events, people are still singing his old protest songs.

No one’s really doing songs like that any more. As a guitar player some of the first songs I learned were his because he can write a song with just three chords. He’s kind of the anti-folk musician in some ways: he’s not a hugely proficient guitar player, some people would argue he can’t sing – I don’t agree, but he’s obviously got a very distinctive vocal style.
I’ve heard some secondhand stories about Dylan from people who have worked with him and it sounds like he’s quite tricky. You don’t hear “Oh he’s such a sweetheart”, doing loads of charity work. I don’t think anyone really knows him and I think that’s deliberate: he created this character – maybe not in as extreme a way as someone like Bowie – but it ties in with how he takes on personas in his songwriting.
There’s this song of his, I Was Young When I Left Home, which is the story of a young man who left home and possibly comes from an autobiographical place, but it feels like an old song from 300 years ago or something. He does that so well: he tells stories and you believe them straight away.