Cruise and Hanks: from golden boys to wasted talents

The two Toms are the last 80s superstars still able to open a movie on their name alone. But movies such as Inferno and Jack Reacher confirm their descent into dependability

tatistically speaking, there must be some people who are desperate to see Inferno, the third Ron Howard film to star Tom Hanks as a “symbology” professor who saves the world by misinterpreting paintings. By the same token, some people must be counting the days until they can watch Tom Cruise breaking strangers’ limbs again in Jack Reacher: Never Go Back – an eyebrow-raising subtitle for any sequel. But are these airport-paperback adaptations, both released in October, really the most productive use of their stars’ time? Given that Hanks is now 60 and Cruise is 54 – and that they wouldn’t need any more money if they lived to 1,000 – shouldn’t they be doing something more worthwhile than prolonging a couple of second-rate action franchises?

Of course they should. The fact is, though, that it’s the Toms’ refusal to change a winning formula that makes them such a unique phenomenon. As Michael Douglas drifts towards retirement and Bruce Willis slides into direct-to-DVD purgatory, Cruise and Hanks stand as the only Hollywood megastars who still have their names above the titles of films, year upon year, long after they found fame in the 1980s. They are the last of their kind: the Tom Tom Club. 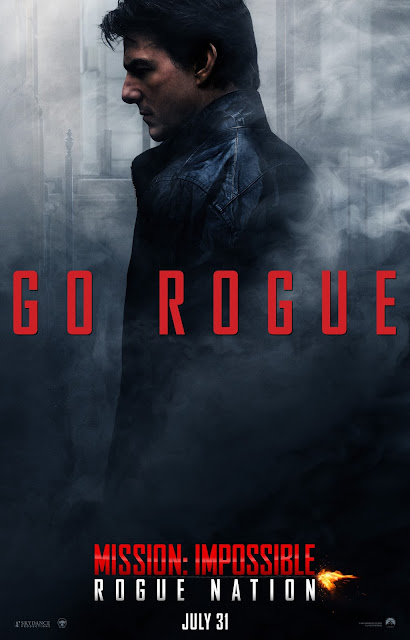 At the start of 2016, Forbes ranked Cruise as the world’s fourth highest-paid actor, and both Toms apparently offer their employers value for money. In January, a movie-business data analysis site, The Numbers, totted up how much “someone adds in value to the film industry each year”, placing Cruise as the sixth most-bankable person in Hollywood, and Hanks as No 7. The Toms’ onscreen charisma is the most obvious explanation for this Midas touch, of course, but it would be nothing without their uncanny ability to know exactly what audiences want from them, and to deliver it, time and time again. They aren’t just actors, but auteurs. It is the Toms, rather than the directors or writers, who define their films. 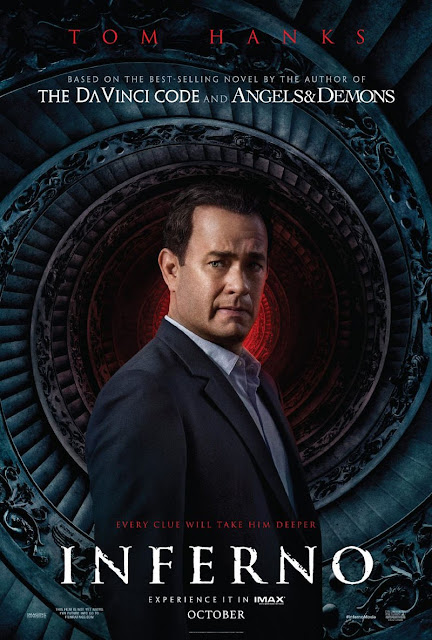 Even though Tom H is six years older than Tom C, there are plenty of parallels between them. Both spent their childhoods flitting from school to school. Both had youthful phases of devout Christianity: Cruise planned to be a Catholic priest, and Hanks has said that he was a “Bible-toting evangelical”. Both had their first starring roles in romantic comedies opposite unconventional blonde beauties in the early 1980s: Cruise fell for a prostitute in Risky Business in 1983, Hanks for a mermaid in Splash in 1984. In the 1990s, their wage packets rocketed. Hanks is reported to have made $70m from Forrest Gump in 1994, Cruise made the same amount from Mission: Impossible in 1996. More significantly, both were nominated for Oscars throughout the 1990s, although while Hanks won two, Cruise has yet to pick up any. And both received their most recent Oscar nominations back in the early 00s. 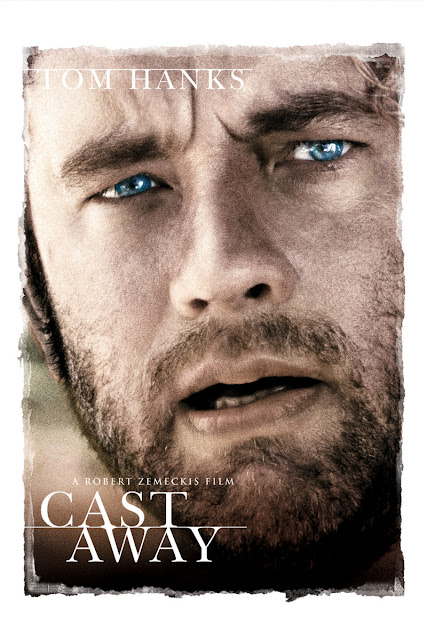 Since then ... well, they have kept making strong films with major directors: Steven Spielberg is one frequent patron of the Tom Tom Club, and Clint Eastwood directs Hanks in the forthcoming Sully. But there is a reason that the Oscar nominations have dried up. When the Toms hit middle age in the 21st century, they didn’t take the opportunity to experiment with quirky character roles, but concentrated instead on projects that would fit their golden-boy personas and bolster their brands. Perhaps Cruise wanted to repair his public image after a run of scandals involving Scientology, sofa-jumping, and ill-informed comments on psychiatry and antidepressant medicine. Perhaps Hanks wanted to maintain his reputation as the World’s Nicest Celebrity – a reputation burnished last monthwhen he interrupted his Central Park jog in order to join in the wedding of a couple he had never met. Whatever the Toms were thinking, Hanks doesn’t play doomed gangsters (Road to Perdition) or Wall Street cheats (The Bonfire of the Vanities) any more, and Cruise no longer plays radicalised war veterans (Born on the Fourth of July) or husbands forced to question their masculinity (Eyes Wide Shut). There is no more risky business from either of them. 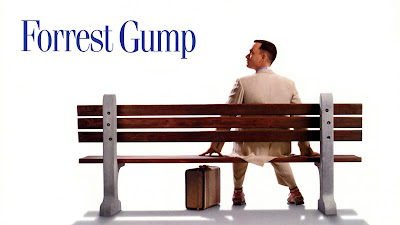 If you browse through the last decade of the Toms’ filmographies, you’re struck by how tightly they control the type of characters they play. Hanks’ latest work includes The Terminal, three Dan Browns, Larry Crowne, Extremely Loud & Incredibly Close, Saving Mr Banks, Bridge of Spies, A Hologram for the King, and Sully. Cruise’s includes The Last Samurai, War of the Worlds, various Mission: Impossibles, Valkyrie, Knight and Day, two Lee Childs, Oblivion, and Edge of Tomorrow. Anyone on a deadline to design a poster for any of these Cruise films could go for a closeup of TC gritting his teeth, plus some blurring to suggest that he was moving at high speed; for a Hanks film, they could use a shot of TH standing in the middle distance, wearing a suit, holding a briefcase and looking worried. They wouldn’t go far wrong. 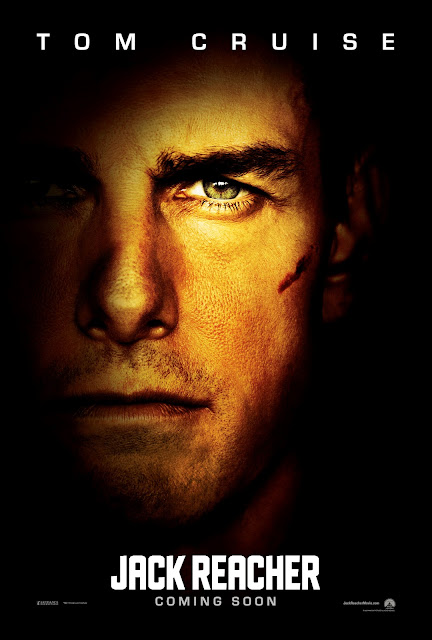 Nearly every recent-ish film starring either of them is efficient, middlebrow, expensive-looking, politically unchallenging entertainment. It isn’t surreal or subtitled, it doesn’t have much gore or swearing or nudity (Cruise’s shirtless scenes aside), it isn’t either depressing or wildly funny. Hanks’ films are almost all dramas, Cruise’s are almost all thrillers. Hanks always plays a fast-talking, charming, yet somewhat isolated fellow who strives to do the right thing. Cruise plays an essentially sexless, authority-defying, athletic loner who overcomes his initial egotism or fecklessness to vanquish the forces of evil. His characters always look and sound exactly like Tom Cruise, too, whether it’s the German colonel in Valkyrie who has an American accent, or the blond giant from Lee Child’s Jack Reacher books, they’re all a brown-haired not-giant on screen.
It’s also unusual for a Tom Tom Club film to have an all-star ensemble cast, a la Ocean’s Eleven. In 1994’s Interview With a Vampire, Cruise shared the screen with such fellow hunks as Brad Pitt, Antonio Banderas and Christian Slater, but he soon decided that a Tom Cruise film had to be about Tom Cruise, a decision to which Brian De Palma alludes ruefully in the new documentary about him, De Palma. Discussing 1996’s Mission: Impossible, the first film that Cruise co-produced, the director says: “The TV show was about a team, but now it’s a Tom Cruise movie. The first thing you gotta do is kill off the whole team.” And that’s what De Palma and his screenwriters did. Kristin Scott Thomas and Emilio Estevez were dispatched in the opening act, and the team element wasn’t reintroduced until much later in the series.

Clearly, the Toms’ consistency has paid off. Their vast wealth flows from their unmatched genius for dependability, so it might seem absurd to ask them to try something different. But if you compare them with the more adventurous superstars of their own vintage (Brad Pitt, Leonardo DiCaprio, George Clooney), not to mention the indie-friendly Goslings and Gyllenhaals of the next generation, this lack of variety starts to seem like a cowardly waste of their talents. 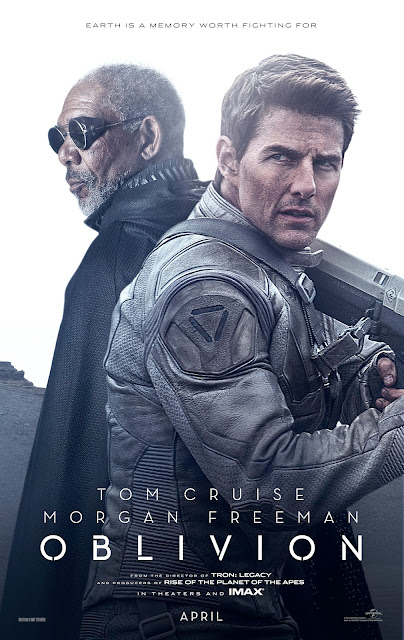 It’s not as if the Toms aren’t capable of surprising performances in stimulating films. Cruise showed that he could be sinister in Collateral and funny in Tropic Thunder. Hanks demonstrated his range with his multiple roles in Cloud Atlas, and, especially, in the post-trauma medical-examination scenes in Captain Phillips and Sully. But these glimpses of greatness remain the exceptions to the rule. We’re still waiting for a film to plumb the depths beneath Hanks’ likability and Cruise’s singleminded focus.
I would have paid good money to see either of them as the Joker in The Dark Knight or Calvin Candie in Django Unchained or Daniel Plainview in There Will Be Blood. (Paul Thomas Anderson directed Cruise in Magnolia, so it’s not a ridiculous idea.) And let’s not forget that Christian Bale’s interpretation of Patrick Bateman in American Psycho was inspired by seeing Cruise being interviewed by David Letterman, and noting his “intense friendliness with nothing behind the eyes”. How enthralling would it have been if the film-makers had cut out the middle-man and cast Cruise as Bateman instead? Or what about Hanks as the axe-murdering Phil Collins fan? That, admittedly, might have been a stretch, but it would have been more interesting than Inferno or Jack Reacher: Never Go Back.