Kim Cattrall / This much I know / ‘For me, sex starts in the brain’

Kim Cattrall: ‘For me, sex starts in the brain’

The actor, 58, on men, older women in Hollywood and being happily child free

I’ll go anywhere and am very adaptive, so long as I can take my cat. Kobi Cat is also very adaptive, even though she’s 17. So far she’s been to Liverpool, Chichester, London, Toronto, Vancouver and LA – she has her own passport and flies in the hold. I kind of have to take her, or she gives me a lot of shit.
There is still a stigma attached to people who don’t want to have kids. But listen: I don’t know a kid who thanks their parents for the nappies they changed. Although I always thought I would have a family, I’ve found other ways to channel a maternal instinct, and I think the young people I know relate to me because I’ve lived a different life from their parents.

I’m reconnecting with my roots in the Pacific Northwest. I’ve bought a place on Vancouver Island, right on the sea, and it’s magical – there are sea lions that go back and forth in front of the house all day long. When I first moved there I thought I’d have to go back to New York because of all the honking. Now the noise lulls me to sleep. 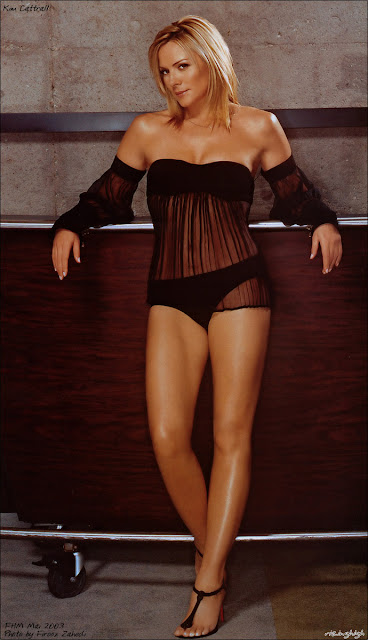 I didn’t really want to play Samantha in Sex and the City. I’d just turned 41 when they offered me the part and I thought: “Oh no, I can’t do the femme fatale thing any more.” Now I see 40 as very young. 50 is the new 40. It makes my 20s seem prehistoric.

The menopause was an awakening. People always talk of it as a sort of downturn for women, a negative thing, but I saw it as the start of new phase, a final chapter. It was: “What shall I do for the next 30 or 40 years, and with whom?”
Hollywood still doesn’t know how to deal with a lot of the issues that affect older women. I don’t really see myself in most of the film or television that’s been made – or even really in advertising. I still think most of the best roles are in the theatre.
Part of me will always think I’m British. I was born in Liverpool, although I moved to Vancouver when I was three months old. When I was 11, I came back to England for a year to live with my aunt. I didn’t want to leave. I remember thinking I had found people who were more like me.

The men I’ve been with have all been pleasant-enough looking. But for me, sex starts in the brain. What’s going on lower down doesn’t make me want to possess someone; it’s usually a little twinkle about them or a sense of humour.
My family were all very studious,whereas I was the kid who went to tap-dancing class and made up my own steps. I don’t think they were surprised when I said I wanted to act.
My job is probably the reason I’ve had three failed marriages. Although I loved those men very much, I don’t think I had taken into consideration the realities of my true love. Except for the first time: the first time I was just too young. And my boyfriend needed a green card.

Email ThisBlogThis!Share to TwitterShare to FacebookShare to Pinterest
Labels: Actress, Hollywood, Kim Cattrall, The Most Beautiful Women in the World, This much I know