JG Ballard / A brief survey of the short story


Few English authors of the last 60 years have built more distinctive bodies of work than JG Ballard, whose archive is unveiled today by the British Library. He is – with Kafka and Borges – one of those few writers who can only be properly described by using an adjectival form of their surnames. The word "Ballardian" conveys dystopian modernity, claustrophobic psychodrama and the alienating, pathologising impact of technological advancement on the human psyche.
Ballard began publishing short stories in the 1950s, selling them to SF magazines such as New Worlds and Amazing Stories. Many readers disliked his enigmatic, literary take on the genre, as he noted in 2006: "Most readers of science fiction did not consider me to be a science fiction writer. They saw me as an interloper, a sort of virus that had got into the cell of science fiction, entered its nucleus and destroyed it." Despite this friction, Ballard was no Atwood – he remained "very proud" of being considered a science fiction writer. The medical metaphor above, incidentally, is typical of Ballard. Following the second world war, after leaving his birthplace of Shanghai and moving to England, he studied medicine with the aim of becoming a psychiatrist.

If a reader didn't already know that, they could surely deduce it. Traversing the 1500 pages of the two-volume Complete Short Stories (which is misnamed – some are missing), psychoanalysis soon emerges as what "science" really means in Ballardian science fiction. Just as his The Atrocity Exhibition (1970) sees characters' malfunctioning nervous systems externalised as highways, office buildings and helicopters, so throughout his work do psychological pathologies manifest as "real world" events.
As China Miéville wrote in a recent piece for the Nation, the observation that Ballard was more interested in inner space than outer space "suggests nothing much new, but it is a good bon mot and deserves to be repeated". Ballard's fascination with Freud – he called him, only half-playfully, "the great novelist of the 20th century" – and Freud's artistic progeny, the surrealists, resulted in the domination of his work by symbolism and febrile mental states. Like the rampant sonic sculpture of Venus Smiles (1957), these intertwined drives grow over everything else in Ballard's short fiction, which is peopled less by characters than by aggregations of psychosis, anxiety and desire. 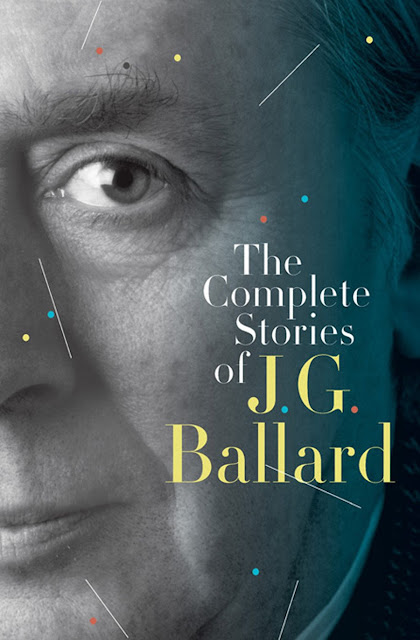 Ballard took time to get good. While some of the early stories house tremendous ideas – a society where timekeeping is banned; a city where space is so scarce that broom cupboards are envied addresses – they are frequently sabotaged by clunky twists. One early story, The Voices of Time (1960), breaks this sequence, looking forward to later developments in the same way that The Assassination of John Fitzgerald Kennedy Considered as a Downhill Motor Race (1966) points to the paranoid satiric excess of The Atrocity Exhibition and 1977's The Dead Time tentatively excavates memories more fully explored in The Empire of the Sun (1984).
With its obsessive psychiatrist, its symbols cut into empty swimming-pool floors, its derelict weapons ranges and scenes of grotesque biological entropy, The Voices of Time surveys the zones into which Ballard's fictions would move later in the decade, and the dense network of leitmotifs with which he would populate them. Most importantly, the story shows him gathering the confidence to at least partly abandon plot. This development was of key importance in abetting the obsessive, destabilising atmosphere his later work would create.
That atmosphere is nowhere more pervasive than in The Atrocity Exhibition (1969). Both novel and story collection – Ballard preferred the former definition, but each of its chapters or "condensed novels" had been published individually as stories in the years prior to its release – the book moves through a cycle of psychotic fantasies and bizarre experiments enacted by Traven, a somewhat unbalanced mental-hospital psychiatrist who first appeared in the extraordinary 1964 story The Terminal Beach.
Throughout the collection Ballard's relentless repetition, which boils down to a series of symbols copiously deployed throughout his work (nuclear test atolls, deserted weapons ranges, dead astronauts, dead wives, the "psychic zero" of the desert, those haunting multitudes of drained swimming pools), takes on the eerie power of those depopulated afternoon piazzas portrayed by De Chirico (a painter whom Ballard, a particularly visual writer, frequently referenced alongside Ernst, Dali and Delvaux). What might be tedious in other writers becomes mysteriously freighted, his world ushered into life not with broad sweeps but with bullet-pointed, monomaniacal repetition. The book surveys the politics, sexuality and psychopathologies of the 60s and in doing so looks back across the decade to its closest cousin, Naked Lunch.
Ballard has a much-vaunted reputation for prescience, which is borne out by such stories as The Subliminal Man (advertising), The Watch-Towers (surveillance Britain), and the wonderful The Illuminated Man (ecological doom). Ballard himself rejected the judgment, claiming he didn't forecast future developments but wrote about the world around him – and yet modern life continues to converge, in remarkable and troubling ways, with his vision. As I was writing this, I learnt of a Channel 4 programme to be broadcast this summer in which a passenger jet will be crashed into the desert to analyse how planes react in such circumstances. Was news of the real occurrence of this supremely Ballardian metaphor a coincidence? "Deep assignments run through all our lives," he wrote in 1990. "There are no coincidences." The man is gone, but his strange world remains.