Eudora Welty / A brief survey of the short story

A brief survey of the short story part 29:

A brief survey of the short story part 29: Eudora Welty 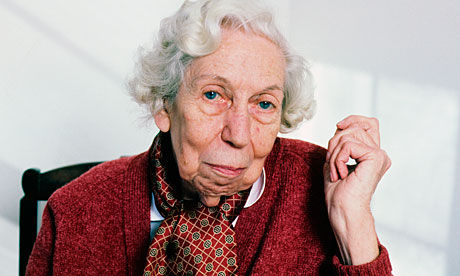 Eudora Welty. Photograph: Ulf Andersen/Getty Images
Eudora Welty won eight O Henry awards and the Pulitzer prize, was awarded the Légion d'honneur, became the first living author to have her works published in a Library of America edition, and was long considered a likely recipient of the Nobel. Long before her death in 2001, aged 92, she had become the grande dame of American letters: an infallibly polite and humorous southern lady who still lived in the same house, in Jackson, Mississippi, where she was born. It's a portrait that tells nothing of the cryptic brilliance of her best fiction.
But reputations like these can blockade a writer's work rather than promote it, which I think might be the case with Welty.
Journals began accepting Welty's stories in the early 1930s and her first collection, A Curtain of Green, was published in 1941. The book sold just 7,000 copies in the 30 years that elapsed before Welty's first major commercial success, the family saga Losing Battles (1970), but it contains several stories that have been heavily anthologised over the years: the deceptively simple "A Worn Path", the feverishly comedic monologue "Why I Live at the P.O.", the grotesque "Clytie", and the satiric, impishly sexual "Petrified Man".
Despite the range and accomplishment of Welty's stories she was often dismissed as a regionalist, an unjust accusation that only receded late in her career. She was frequently compared to Carson McCullers, Flannery O'Connor and William Faulkner which, superficial similarities aside, seems more a geographical than a literary judgment. More considered analysis uncovers stylistic and thematic affiliations with Virginia Woolf, DH Lawrence, Jane Austen, Isak Dinesen, James Joyce and Chekhov: a blend that, combined with her own sensibility, proved a potent mixture. Further to this, her work is shot through with references to Yeats, Homer, Wordsworth, Emily Dickinson and Ovid.
Welty's most outstanding work, the novel-length story-cycle The Golden Apples (1949), is clotted with such allusions. Spanning several decades in the fictional Mississippian town of Morgana, its seven stories enter into a dialogue with or otherwise rework Yeats's poem, The Song of Wandering Aengus; elements of James George Frazer's The Golden Bough; the Danae and Perseus myth; Leda and the swan; and numerous other pieces of Greek and Celtic mythology. No special knowledge is required to appreciate the stories – particularly masterpieces like June Recital and Music from Spain – but once you begin tracing the threads of deeper meaning running through them, uncovering their multiplying levels of complexity quickly becomes addictive.
Welty often drew criticism from northern critics for refusing to use her fiction to do anything other than denounce the south as corrupt and racist. In response, she wrote an essay entitled "Must the Novelist Crusade?" (Her answer was "no".) Defenders including her New Yorker editor William Maxwell and the novelist Toni Morrison have argued that the iniquities of southern attitudes to race are present throughout her work. Complications arise because her characters can be both racist and rounded: that is, rather than ignoring racism she is practising subtlety, creating complex characters, and asking the reader to do some work. Certainly her 1940 story, "Keela, the Outcast Indian Maiden", in which two white men argue and fight in front of an old black man, is assiduous in its dissection of white guilt and harmful complacency. Elsewhere, racist attitudes are presented so casually that they shock more than denouncement would. In "Shower of Gold", hearing children playing on the road, Kate Rainey says: "We heard them charge out, but we thought it was just a nigger that was going by for them to scare, if we thought anything." But you can also argue, of course, that, on encountering the same sentence, a reader with racist views wouldn't be shocked or shamed at all.
There was, however, an occasion when Welty did engage in crusading."Where Is the Voice Coming From?", a first-person narration told from the point of view of a racist murderer, was written in a single sitting, following the death of the black civil rights worker Medgar Evers. It was rushed into print by the New Yorker, appearing shortly after Byron De La Beckwith was arrested for the killing. It's a searing work, the relentless pounding of the narrator's hatred matched by the merciless summer heat: "That pavement in the middle of Main Street was so hot to my feet I might've been walking the barrel of my gun."
Powerful as this is, the stories I find most striking, "Music from Spain" and "No Place for You, My Love", are unusual for taking place outside Mississippi. Both stories take the form of compressed, one-day odysseys: a Joycean journey through the streets of San Francisco, and a drive down a crackling road of shells in the Mississippi river delta. They are both encounters between strangers whose relationships teeter between attraction and hostility. Both have something of the fever dream about them. Intense in the way they flicker between the everyday and the fabular, they underline Welty's ability to, in her own words, "click the shutter at the crucial moment".

Email ThisBlogThis!Share to TwitterShare to FacebookShare to Pinterest
Labels: A brief survey of the short story, Chris Power, Eudora Welty