JF Powers / A brief survey of the short story


A brief survey of the short story part 23: JF Powers

It's embarrassing to tell, but idle daydreaming while working as a bookseller led me to JF Powers. Shelving in the Ps one morning, I wondered whom I'd nestle alongside when I was a published writer. Imagine my surprise when I saw my father's name there, or at least someone just one letter removed from him. Intrigued, I dug further.
James Farl Powers was born in Illinois and died in Minnesota in 1999, aged 81. He and his family spent a good deal of time in Ireland, but it was his native midwest that provided the setting for the bulk of his three collections of short fiction and his two novels, one of which, Morte d'Urban, won the 1963 National Book award. Powers once put his modest output down to laziness, but a conversation reported by the writer Jon Hassler suggests darker reasons. On revising, he said "I know a page is satisfactory when it doesn't make me throw up any more". Asked what time of day he did his best work, he replied, "Never."' 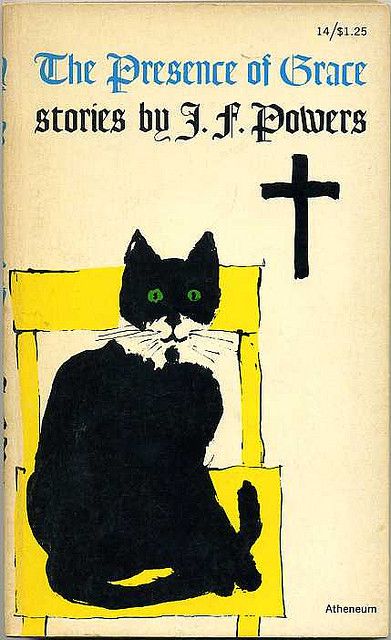 By his daughter's account a depressive, "often lost in a wilderness of petty detail and procrastination", Powers's stories, most of which concern themselves with the lives of Catholic priests, draw on a palpable store of sadness and disappointment, but are leavened by an appealingly dry and satirical wit. His work is more rueful than bitter; more wry than acid. As for religiosity, in the case of his priests "the spiritual atmosphere is not expressed but implied", as Denis Donoghue notes in his introduction to the collected stories.
Meantime, these men play golf; they drink; curates and pastors antagonise one another in the manner of subordinates and managers everywhere; pastors' conservatism chafes against their seminary-fresh assistants; they worry they have lost touch with their congregations, or that their housekeepers might kill them with their cooking. Nearly always, they're engaging with a world in which spirituality is losing ground to consumer culture.
Some might rail against these stories simply because they present essentially benevolent portraits of Catholic priests, told from a position of questioning but basically sound faith. Fiction tends to prefer its Roman clergy hypocritical, tortured and physically or sexually abusive. It would be a shame for anyone to pass over Powers because of his subject matter, however. As with all good writing, it transcends topic and attracts because of the how, not the what. I wouldn't typically be fascinated by a discussion about canon law, but in Powers's telling it enthrals.

Powers's style changed over the course of his career. Flashier in his youth, he was compared to Joyce. The great, early story, Lions, Harts, Leaping Does (1943), is the best example of this period. It describes the relationship between two dying monks, stroke-struck Didymus and Titus, ravaged by Alzheimer's, in a prose that thrills with its audacity and beauty. Moving between poetic phrasing, unconventional constructions and dazzling irruptions into streams of consciousness, it leaves you delightfully uncertain as to precisely where it's taking you, or how.
In later works this protean style calmed, settling into a deceptively simple, crafted prose. Often in Powers's best work his sentences arrive in so measured a fashion that moving through a paragraph feels like a sequence of steps taken in a crisp snowfield. Consider this from The Presence of Grace, title story of his 1956 collection, in which Father Fabre realises that by attending lunch with his parishioner he is unwittingly legitimising a union out of wedlock: "Mr Pint churned up a chunk of ice and batted it down with the heel of his hand. 'By Dad!' he breathed, a little god invoking himself. Mrs Mathers wisely retired to the kitchen. Velma, after a moment, ingloriously followed. Father Fabre gazed over the porch railing. With all the apartment buildings backed up together, it was like a crowded harbor, but with no sign of life – a port of plague. Miss Burke, he remembered, had warned him not to go."
The magnificent title story of Powers's final collection, 1975's Look How the Fish Live, is a story that continually grows in the re-reading. Angry at his young children's neglect of an ailing bird found in the family's riotous garden, soon to become a college car park, a father lashes out in conversation with his neighbours, decrying not only children but women, men and God, too. "As he'd said in the beginning," his tortured train of thought concludes, knowingly utilising and perverting a liturgical cadence, "he was sick of it all".
Asked what he would believe in if he didn't believe in God, Powers answered "I have to believe, or else I can't believe in anything", before adding, "Maybe I'd believe in art. Art is there to be discovered out of God." Powers never achieved a large readership, but that his narrowly focused but rich, humane art is there to be discovered should be celebrated, regardless of creed.