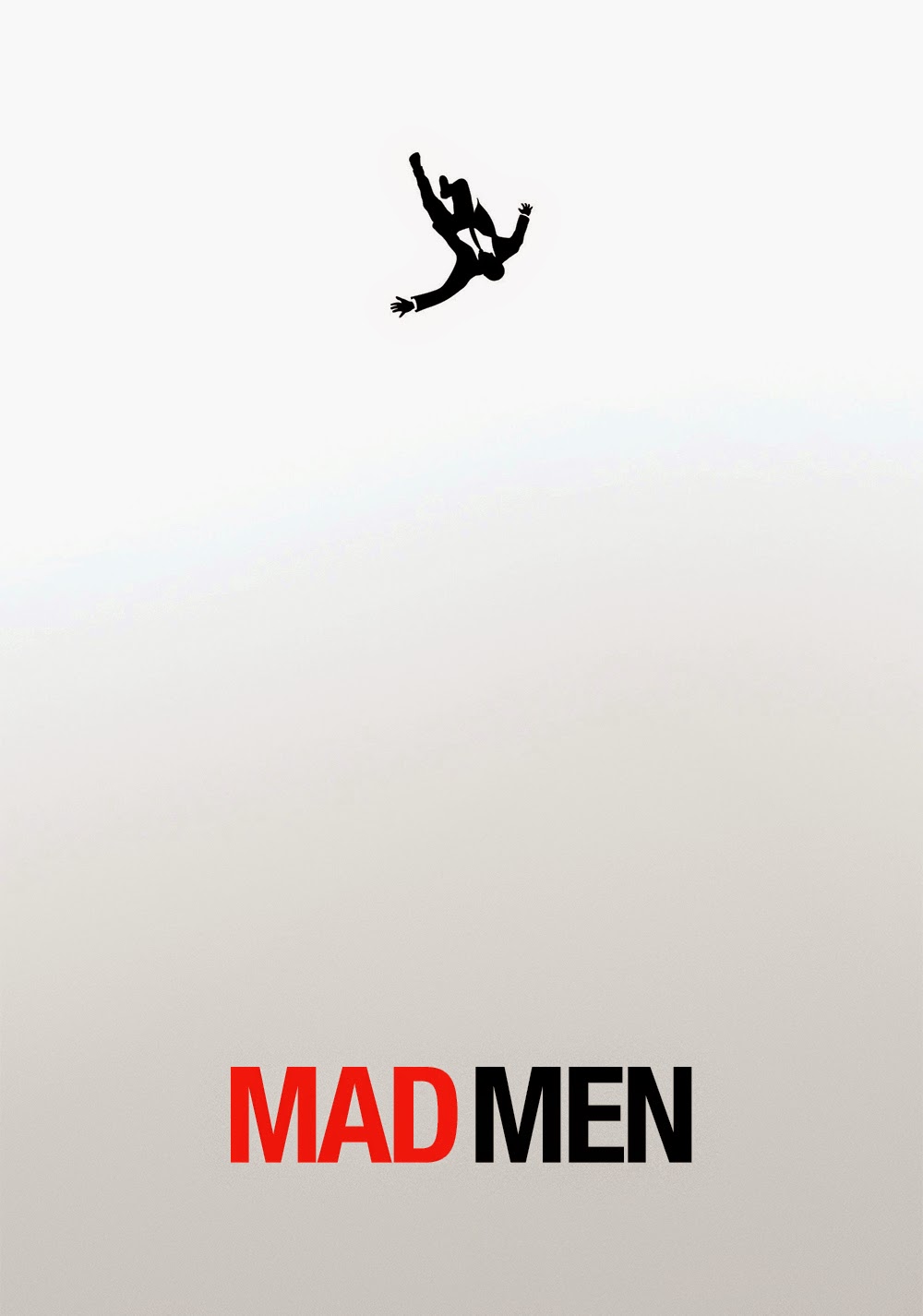 Since the summer of 2007, when Mad Men premiered on the cable station AMC, the world it purports to depict—a lushly reimagined Madison Avenue in the 1960s, where sleekly suited, chain-smoking, hard-drinking advertising executives dream up ingeniously intuitive campaigns for cigarettes and bras and airlines while effortlessly bedding beautiful young women or whisking their Grace Kelly–lookalike wives off to business trips in Rome—has itself become the object of a kind of madness. I’m not even referring to the critical reception both in the US and abroad, which has been delirious: a recent and not atypical reference in the Times of London called it “one of the…best television series of all time,” and the show has repeatedly won the Emmy, the Golden Globe, the Screen Actors Guild Award, the Writers Guild of America Award, and the Producers Guild of America Award for Best Drama Series. (A number of its cast members have been nominated in the various acting categories as well.) Rather, the way in which Mad Men has seemingly percolated into every corner of the popular culture—the children’s show Sesame Street has introduced a Mad Men parody, toned down, naturally, for its tender viewers—suggests that its appeal goes far beyond what dramatic satisfactions it might afford.

At first glance, this appeal seems to have a lot to do with the show’s much-discussed visual style—the crisp midcentury coolness of dress and decor. The clothing retailer Banana Republic, in partnership with the show’s creators, devised a nationwide window display campaign evoking the show’s distinctive 1960s look, and now offers a style guide to help consumers look more like the show’s characters. A nail polish company now offers a Mad Men–inspired line of colors; the toy maker Mattel has released dolls based on some of the show’s characters. Most intriguingly, to my mind, Brooks Brothers has partnered with the series’s costume designer to produce a limited edition Mad Men suit—which is, in turn, based on a Brooks Brothers design of the 1960s.
Many popular entertainments, of course, capitalize on their appeal by means of marketing tie-ins, but the yearning for Mad Men style seems different from the way in which, say, children who are hooked on the Star Wars series yearn to own Darth Vader action dolls. The people who watch Mad Men are, after all, adults—most of them between the ages of nineteen and forty-nine. This is to say that most of the people who are so addicted to the show are either younger adults, to whom its world represents, perhaps, an alluring historical fantasy of a time before the present era’s seemingly endless prohibitions against pleasures once taken for granted (casual sex, careless eating, excessive drinking, and incessant smoking); or younger baby boomers—people in their forties and early fifties who remember, barely, the show’s 1960s setting, attitudes, and look. For either audience, then, the show’s style is, essentially, symbolic: it represents fantasies, or memories, of significant potency.
I am dwelling on the deeper, almost irrational reasons for the series’s appeal—to which I shall return later, and to which I am not at all immune, having been a child in the 1960s—because after watching all fifty-two episodes of Mad Men, I find little else to justify it. We are currently living in a new golden age of television, a medium that has been liberated by cable broadcasting to explore both fantasy and reality with greater frankness and originality than ever before: as witness shows as different as the now-iconic crime dramas The Sopranos and The Wire, with their darkly glinting, almost Aeschylean moral textures; the philosophically provocative, unexpectedly moving sci-fi hit Battlestar Galactica, a kind of futuristic retelling of the Aeneid; and the perennially underappreciated small-town drama Friday Night Lights, which offers, among other things, the finest representation of middle-class marriage in popular culture of which I’m aware.
With these standouts (and there are many more), Mad Men shares virtually no significant qualities except its design. The writing is extremely weak, the plotting haphazard and often preposterous, the characterizations shallow and sometimes incoherent; its attitude toward the past is glib and its self-positioning in the present is unattractively smug; the acting is, almost without exception, bland and sometimes amateurish.
Worst of all—in a drama with aspirations to treating social and historical “issues”—the show is melodramatic rather than dramatic. By this I mean that it proceeds, for the most part, like a soap opera, serially (and often unbelievably) generating, and then resolving, successive personal crises (adulteries, abortions, premarital pregnancies, interracial affairs, alcoholism and drug addiction, etc.), rather than exploring, by means of believable conflicts between personality and situation, the contemporary social and cultural phenomena it regards with such fascination: sexism, misogyny, social hypocrisy, racism, the counterculture, and so forth.
That a soap opera decked out in high-end clothes (and concepts) should have received so much acclaim and is taken so seriously reminds you that fads depend as much on the willingness of the public to believe as on the cleverness of the people who invent them; as with many fads that take the form of infatuations with certain moments in the past, the Mad Men craze tells us far more about today than it does about yesterday. But just what in the world of the show do we want to possess? The clothes and furniture? The wicked behavior? The unpunished crassness? To my mind, it’s something else entirely, something unexpected and, in a way, almost touching.

In its glossy, semaphoric style, its tendency to invoke rather than unravel this or that issue, the way it uses a certain visual allure to blind rather than to enlighten, Mad Menis much like a successful advertisement itself. And yet as we know, the best ads tap into deep currents of emotion. As much as I disliked the show, I did find myself persisting. Why?
In the final episode of Season 1, there’s a terrific scene in which Don Draper is pitching a campaign for Kodak’s circular slide projector, which he has dubbed the “carousel”—a word, as he rightly intuits, that powerfully evokes childhood pleasures and, if you’re lucky, idyllic memories of family togetherness. To make his point, he’s stocked the projector he uses in the pitch with photos of his own family—which, as we know, is actually in the process of falling apart, due to his serial adulteries. But even as we know this, we can’t help submitting to the allure of the projected image of the strong, handsome man and his smiling and beautiful wife—the ideal, perhaps, that we all secretly carry of our own parents, whatever their lives and marriages may have been.
The tension between the luminous ideal and the unhappy reality is, of course, what the show thinks it’s “about”—reminding us, as it so often and so unsubtly does, that, like advertising itself, the decade it depicts was often hypocritical, indulging certain “images” and styles of behavior while knowing them to be false, even unjust. But this shallow aperçu can’t explain the profound emotionalism of the scene. In a lengthy New York Times article about Mad Men that appeared as the show—by then already a phenomenon—was going into its second season, its creator, Matthew Weiner, recalled that he had shown the carousel episode to his own parents, and the story he tells about that occasion suggests where the emotion may originate.
Weiner, it turns out—like his character, Don Draper—used his own family photographs to “stock” the scene: the most poignant image we see as Don clicks through the carousel of photos, a picture of Don and Betty smilingly sharing a hot dog (a casual intimacy that, we know, can now only be a memory), was based on an actual photograph of Weiner’s parents sharing a hot dog on their first date. Interestingly, Weiner made a point of telling the reporter who was interviewing him that when he showed the episode to his parents, they didn’t even remark on the borrowing—didn’t seem to make the connection.
The attentive and attention-hungry child, the heedless grownup: this pairing, I would argue, is a crucial one in Mad Men. The child’s-eye perspective is, in fact, one of the strongest and most original elements of the series as a whole. Children in Mad Men—not least, Don and Betty’s daughter, Sally—often have interesting and unexpected things to say. Perhaps the most interesting of the children is Glen, the odd little boy who lives down the street from the Drapers, whose mother is a divorcée shunned, at first, by the other couples on the block. Glen has a kind of fetishistic attachment to Betty—at one point, when she’s babysitting him, he asks for and receives a lock of her hair—and he occasionally pops up and has weirdly adult conversations with her. (“I’m so sad,” the housewife finds herself telling the nine-year-old as she sits in her station wagon in a supermarket parking lot. “I wish I were older,” he pointedly replies.) The loaded way in which Glen often simply stares at Betty and the other grownups suggested to me that he’s a kind of stand-in for Weiner, who had been a writer on The Sopranos and, more to the point, was born in 1965—and is, therefore, of an age with the children depicted on the show. That Glen is played by Weiner’s son strikingly hints at the very strong identification going on here.


It’s only when you realize that the most important “eye”—and “I”—in Mad Men belong to the watchful if often uncomprehending children, rather than to the badly behaved and often caricatured adults, that the show’s special appeal comes into focus. In the same Timesarticle, Weiner tried to describe the impulses that lay at the core of his creation, acknowledging that

part of the show is trying to figure out—this sounds really ineloquent—trying to figure out what is the deal with my parents. Am I them? Because you know you are…. The truth is it’s such a trope to sit around and bash your parents. I don’t want it to be like that. They are my inspiration, let’s not pretend.

This, more than anything, explains why the greatest part of the audience for Mad Menis made up not, as you might have imagined at one point, by people of the generation it depicts—people who were in their twenties and thirties and forties in the 1960s, and are now in their sixties and seventies and eighties—but by viewers in their forties and early fifties today, which is to say of an age with those characters’ children. The point of identification is, in the end, not Don but Sally, not Betty but Glen: the watching, hopeful, and so often disillusioned children who would grow up to be this program’s audience, watching their younger selves watch their parents screw up.
Hence both the show’s serious failings and its strong appeal. If so much of Mad Men is curiously opaque, all inexplicable exteriors and posturing, it occurs to you that this is, after all, how the adult world often looks to children; whatever its blankness, that world, as recreated in the show, feels somehow real to those of us who were kids back then. As for the appeal: Who, after all, can resist the fantasy of seeing what your parents were like before you were born, or when you were still little—too little to understand what the deal was with them, something we can only do now, in hindsight? And who, after having that privileged view, would want to dismiss the lives they led and world they inhabited as trivial—as passing fads, moments of madness? Who would still want to bash them, instead of telling them that we know they were bad but that now we forgive them?

THE NEW YORK REVIEW OF BOOKS