Philip Roth / The pleasure of betrayal 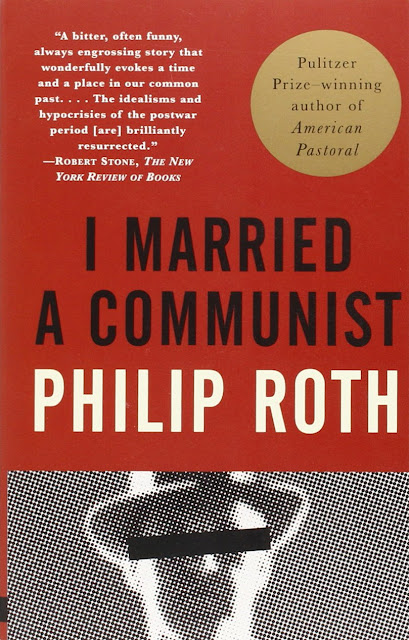 The pleasure of betrayal

A third successive masterpiece from the America's pre-eminent fiction writer

12:00AM BST 12 Oct 1998
PHILIP ROTH famously hates autobiographical readings of his fiction. At the same time, he does not always make them easy to avoid. Try this, for example . . .
In 1996, Claire Bloom published her memoirs, at the heart of which was a devastating account of her 20 years with Roth, whom she branded "Machiavellian". Among much else, she claims, he cruelly banished from their house her musician daughter, Anna - by an earlier marriage to Rod Steiger - and later made passes (unsuccessful) at Anna's best friend. At one point, Bloom visited Roth in a mental hospital, where he was so luridly hostile that she became a patient herself.
Now meet Roth's latest protagonist, Ira Ringold. Ira - a postwar radio actor - is married to Eve Frame, a Jewish actress who has a musician daughter, Sylphid, by a previous movie-star husband. True, Ira makes passes (successful) at Sylphid's best friend; but the marriage is doomed, primarily because the mother-daughter relationship is so pathologically unhealthy - and because, underneath her "English genteel" pose, Eve is a fragile hysteric. At one point, she visits Ira in a mental hospital where she is so melodramatically distressed that she becomes a patient herself.
And after the marriage fails, Eve publishes the lying memoir which gives the novel its title. Painting herself as blameless, she brands Ira "Machiavellian". "Isn't that the pleasure of betrayal?" comments one character. "It's a way to pay someone back for a feeling of inferiority they arouse in you . . . Yet knowing Ira as she did, how could she publish this book and not expect him to do something?"
One of the many astonishing things about I Married a Communist, then, is that the chilling personal subtext - which I defy the most scrupulous literary purist to be able to ignore if they have read Bloom's book - does not unbalance it. Like last year's American Pastoral, which landed Roth the Pulitzer, the new novel stands alone as the portrait of a largely good man destroyed by "the existence America had worked out for him". There, the 1960s did for Swede Levov; here, Ira is battered by McCarthyism.
His story is told over six Connecticut nights in 1997 by his brother, Murray, to Nathan Zuckerman, Murray's former pupil, a boyhood worshipper of Ira's, and Roth's usual alter ego. This structure has its risks. Leaving the bulk of the narrative to one observer looking back nearly 50 years certainly allows all perspectives to be explored. It can also - despite Murray, at 90, being fluent in perfect Rothian prose - make the events feel occasionally under-dramatised; the raw material for a novel rather than the novel itself.
But to attack a book as riveting and rich as this for not being even better would be an act of some ingratitude. With the fierceness of its intelligence, and with a stream of set pieces as good as anything Roth has produced, this is his third masterpiece in succession - and, more remarkably, his second in two years. Philip Roth's Indian summer blazes on.
TELEGRAPH