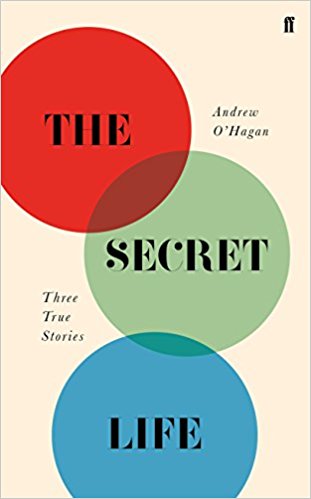 T
he internet has changed us, our means of communication, what we believe to be true, our identities and sense of self. That is a statement of such obviousness that we rarely stop to think about what it all actually means. But Andrew O’Hagan explores these themes with great depth and originality in three long essays – originally published in the London Review of Books – that make up his new collection, The Secret Life.


The first, entitled Ghosting, concerns that pathologically divisive figure, Julian Assange. The founder of WikiLeaks is awash with fictional potential. So much so that characters based on him regularly turn up in novels (Jonathan Franzen’s Purity) and TV dramas (Homeland).
O’Hagan, though, was commissioned to write ghostwrite Assange’s autobiography. On the surface, it was an inspired choice of author and subject. O’Hagan, a vivid and meticulous writer, was sympathetic to Assange’s cause, and he has the talent and staying power to draw even the most enigmatic characters out into the open.

But as becomes apparent in the essay, things didn’t go according to plan. This is partly because Assange is an unreliable narrator but a reliable narcissist. It’s also because he’s spent his life hiding in online shadows, where myths grow like fungus.
The Australian is caught between wanting to promote himself and maintain a secretive control of his image. It makes for a fascinating portrait of a prickly character who affects an egalitarian stance while awarding himself exceptional status, in which anything he does, however questionable, is by definition good because he’s the one doing it.
As O’Hagan becomes steadily more disillusioned, he can’t ignore the massive hypocrisy in which Assange indulges. For example, he makes WikiLeak employees sign contracts that threaten them with a £12m lawsuit if they disclose information about the organisation. As O’Hagan writes: “He can’t understand why any public body should keep a secret but insists that his own organisation enforce its secrecy with lawsuits. Every  time he mentioned legal action against the Guardian or the New York Times, and he did this a lot, I would roll my eyes.”

O’Hagan’s eyes come in for a lot of exercise as he carefully documents a man whose ego invariably triumphs over his conscience. Gradually, the relationship comes apart as Assange attempts to play everyone off against one another. Although O’Hagan manages to get together a 70,000-word draft, Assange – then wanted for questioning in Sweden on a potential rape charge – thwarts his own book, for which he’s been handsomely paid, by refusing to sign off the manuscript.
Eventually the book comes out as a whole new genre: the “unauthorised autobiography”. This is not a hatchet job, but rather the best and most finely nuanced journalistic profile that this reviewer has read this century.
In the pantheon of internet celebrities Satoshi Nakamoto is not nearly as famous or infamous as Assange, but he is certainly more mysterious. Nakamoto is the inventor of bitcoins, the so-called cryptocurrency that has helped the illicit darknet flourish, and which, now legally traded, could one day prove the end of banks and money markets.

Nakamoto is a pseudonym that was a presence on the net during bitcoin’s development and release in 2009. Then it and its owner disappeared, prompting in their wake a search for the real Nakamoto that has turned him into the abominable snowman of the digital age.
In late 2015, O’Hagan was approached by an intermediary to write the life story of Nakamoto, who he was told was one Craig Steven Wright, another Australian who was about to become a fugitive from justice.
Intrigued but wary, O’Hagan decides to spend as much time as possible with Wright in an effort to get to the elusive truth. But in The Satoshi Affair we see that Wright is a frustratingly complex character who conceals every bit as much as he reveals. He shows O’Hagan a wealth of documentary evidence, much of it extremely technical and layman-unfriendly. Yet he stops short of providing conclusive proof that he is Nakamoto. Is this because he is a conman – he gets involved in a multimillion dollar business venture that is dependent on his being Nakamoto – or because he’s reluctant to give his true self up? The answer to that question remains, like so much that concerns the internet, enticingly out of reach.

Squeezed between these two compelling character studies is a relatively short essay entitled The Invention of Ronald Pinn. This Nabokovian-sounding figure is a dead man of around O’Hagan’s age whom the author reanimates online, creating a series of supporting fake identities on social media.
It’s a strange, slightly haunting voyage into digital life that reads as much like a short story as an essay. It ends with O’Hagan encountering the dead man’s mother. And suddenly, at the core of this excellent collection, we glimpse the unbridgeable difference between the real and the invented.
• The Secret Life: Three True Stories by Andrew O’Hagan is published by Faber (£14.99).