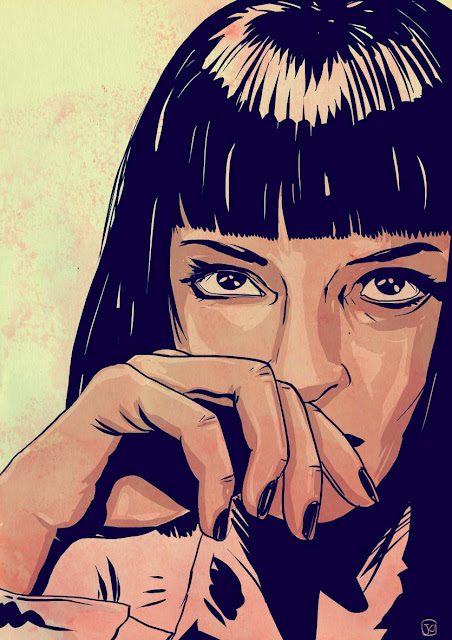 The Kill Bill actor told the New York Times of encounter in London: ‘He tried to shove himself on me. He tried to expose himself’ 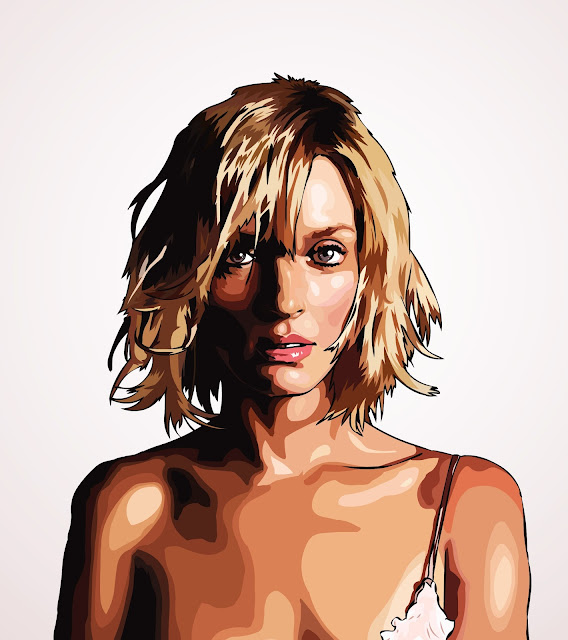 Uma Thurman has broken her silence about her experiences with the disgraced film producer Harvey Weinstein. In an interview with the New York Times, the actor described an attempted sexual assault in Weinstein’s suite at the Savoy hotel in London in the mid-1990s.

Weinstein has been accused of sexual harassment, assault and rape by multiple women. Thurman, the star of movies including Pulp Fiction and Kill Bill, said last year she would come forward about her experiences with Weinstein when she was ready to do so.
Speaking to the New York Times, she said: “It was such a bat to the head. He pushed me down. He tried to shove himself on me. He tried to expose himself. He did all kinds of unpleasant things. But he didn’t actually put his back into it and force me.
“You’re like an animal wriggling away, like a lizard. I was doing anything I could to get the train back on the track. My track. Not his track.”
The actor also accused her former representatives, Creative Artists Agency, of being “connected” to Weinstein’s predatory behavior – CAA has issued an apology – and accused director Quentin Tarantino of failing to protect her when she crashed a car in Mexico while they were making Kill Bill.
The attempted assault in London, she told the Times, came after a meeting with Weinstein in a hotel room in Paris, during which he wore a bathrobe.
“I didn’t feel threatened,” she said. “I thought he was being super idiosyncratic, like this was your kooky, eccentric uncle.”
Thurman said the producer instructed her to follow him down a hallway.
“I followed him through a door and it was a steam room,” she said. “And I was standing there in my full black leather outfit – boots, pants, jacket. And it was so hot and I said, ‘This is ridiculous, what are you doing?’ And he was getting very flustered and mad and he jumped up and ran out.”
Weinstein, who is the subject of police investigations in New York, Los Angeles, Beverly Hills and London, is now in therapy in Arizona. British police investigating Weinstein have received two further allegations of sexual assault, sources have told the Press Association. He has denied all allegations of non-consensual sexual contact.

Thurman said that at the time of the alleged London assault, she was staying with a friend in Fulham. The following day, she said, Weinstein sent her a large bunch of roses.
“They were yellow,” Thurman said. “And I opened the note like it was a soiled diaper and it just said, ‘You have great instincts.’”
The actor returned to the Savoy to confront Weinstein, she said, taking her friend with her. She asked Weinstein to meet her in the bar. However, New York Times columnist Maureen Dowd writes, his assistants convinced her to return upstairs alone.
Thurman said she warned Weinstein: “If you do what you did to me to other people you will lose your career, your reputation and your family, I promise you.”
A spokesman for Weinstein told the Times Thurman “very well could have said this”.
According to the Times, Thurman’s “memory of the incident abruptly stops there”. 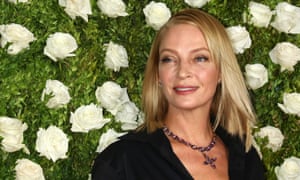 Uma Thurman emerged from a meeting with Weinstein ‘disheveled’, according to a friend. ‘She was really shaking.’ Photograph: Jim Spellman/WireImage


Thurman’s friend, Ilona Herman, told the Times that when Thurman returned from meeting Weinstein, “she was very disheveled and so upset and had this blank look. Her eyes were crazy and she was totally out of control. I shoveled her into the taxi and we went home to my house. She was really shaking.”

Herman told the Times that when Thurman was able to talk again, she said Weinstein had threatened to derail her career. Weinstein apparently brushed off the incident, though, and his assistants started calling again to talk about projects.

Weinstein’s spokesperson denied any threat to Thurman’s career and said the producer thought she was “a brilliant actress” with whom he had had “a flirtatious and fun working relationship”.
“Mr Weinstein acknowledges making a pass at Ms Thurman in England after misreading her signals in Paris,” the spokesperson said. “He immediately apologized.”
Thurman said: “The complicated feeling I have about Harvey is how bad I feel about all the women that were attacked after I was. I am one of the reasons that a young girl would walk into his room alone, the way I did.
“Quentin used Harvey as the executive producer of Kill Bill, a movie that symbolizes female empowerment. And all these lambs walked into slaughter because they were convinced nobody rises to such a position who would do something illegal to you, but they do.”
Weinstein is considering legal action following Thurman’s allegations in the New York Times. Ben Brafman, his attorney, said his client is “stunned and saddened by what he claims to be false accusations”.
After her experience with Weinstein, Thurman said, Tarantino’s failure to protect her during the filming that led to the car crash was another blow. She says a “furious” Tarantino pressured her to drive a car for a shot when she thought it was job for a stunt performer. Thurman crashed the car into a palm tree.
“Harvey assaulted me but that didn’t kill me,” she said. “What really got me about the crash was that it was a cheap shot. I had been through so many rings of fire by that point.”
Tarantino did not comment to the Times, which said producers on the film did not recall Thurman objecting to driving the car she crashed.
“I had really always felt a connection to the greater good in my work with Quentin,” Thurman said, “and most of what I allowed to happen to me and what I participated in was kind of like a horrible mud wrestle with a very angry brother. But at least I had some say, you know?”
THE GUARDIAN