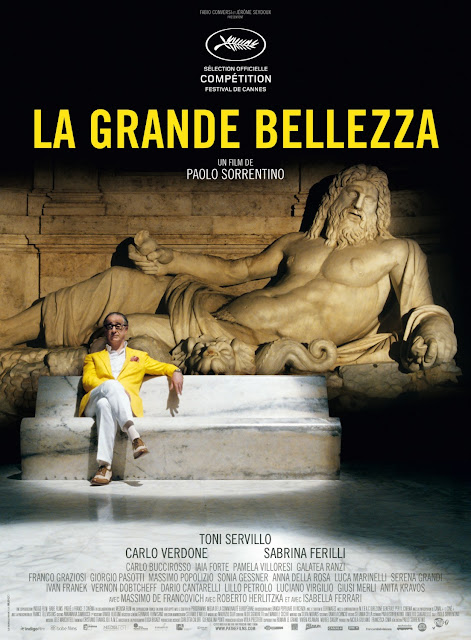 As our countdown of the ten best movies of the year nears the end, Xan Brooks revels in Paolo Sorrentino's astonishing satire on la dolce vita

The "king of the high life" is heading for a fall in The Great Beauty, Paolo Sorrentino's astonishing satire on la dolce vita and the withering flesh. Here is a film that casts upper-crust Rome as a circle of hell, at once beautiful and damned. It arranges its citizens (crooks and cardinals, sinners and saints) into such a woozy, drunken conga-line that it becomes impossible to tell where one body ends and the other begins.
Everyone, it seems, is tangled and compromised here. They are drunk on excess and staggering towards the balcony's edge - and that may well include the film-makers themselves. The Great Beauty, widely regarded as an acid assault on the Berlusconi era, was bankrolled in part by the old rascal's Medusa Films production house. 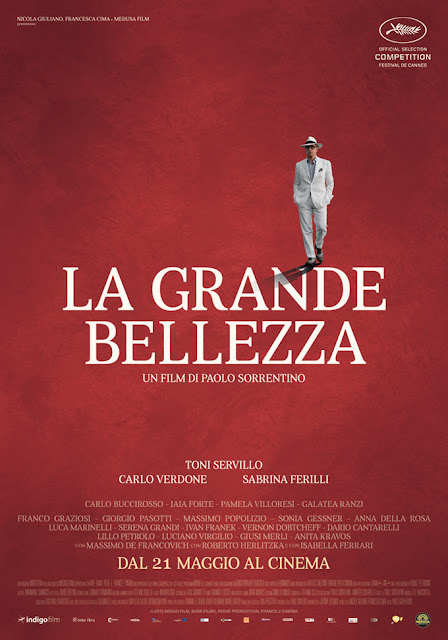 Toni Servillo plays Jep Gambadella, our tour guide through the ruins, a jaundiced celebrity journalist who possesses the power to make or break a party by a casual, barbed comment or a curl of his lip. But Jep is in his 60s; he knows that time is running out. More crucially, perhaps, he knows that it's been squandered. He pines for the lost love that got away and for the writing career that might have been his, had he only knuckled down to write a second novel. In the meantime his long, dark night of the soul carries him back and forth beneath the illuminated Martini sign (a neat Roman twist on the eyes of Dr Eckleburg) in search of meaning, entertainment or alcohol, whichever comes easiest. 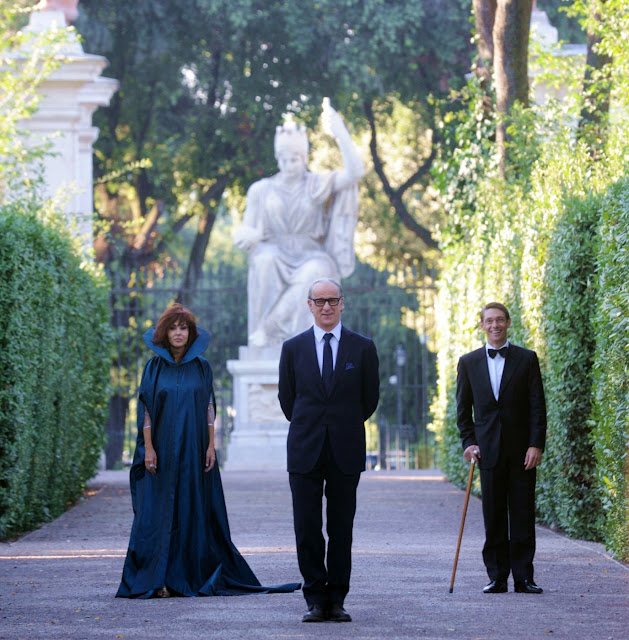 It is clear from the start that Gambardella is doomed. But his swan-diving descent has a ravishing intensity. Sorrentino takes his subject (the impeccable flaneur, just beginning to rot) and sends him spinning out amid a whirl of exotic flotsam and grotesque little side notes. Jep's revels bounce him from the anguished child splatter-painter ("she makes millions") to the dessicated old nun, 103 last birthday, who sleeps in a cupboard and can name all the birds.

I loved The Great Beauty to bits; it's my film of the year. Try as I might, I can't recall another recent picture that is so rich, so full, or so elegantly staged. Sorrentino's camera glides and swoops, wafting us seamlessly from one tableaux to the next. In the process we become like visitors at a museum, not realising that each fantastical new exhibit, each further step on the schedule, is actually leading us closer and closer towards the exit door. Soon we shall be gone and the world will continue. So drag your heels and stop the clock. Take an extra moment to gawp at the glory, just as Jep stops in his tracks to gawp at the amazing vanishing giraffe. The giraffe appears out of nowhere, it shouldn't be there. It idles in the arena for a few brief moments, before the floodlights are switched off and the city goes dark.

Posted by Ficciones at Thursday, December 19, 2013

Email ThisBlogThis!Share to TwitterShare to FacebookShare to Pinterest
Labels: Paolo Sorrentino, The 10 best films of 2013