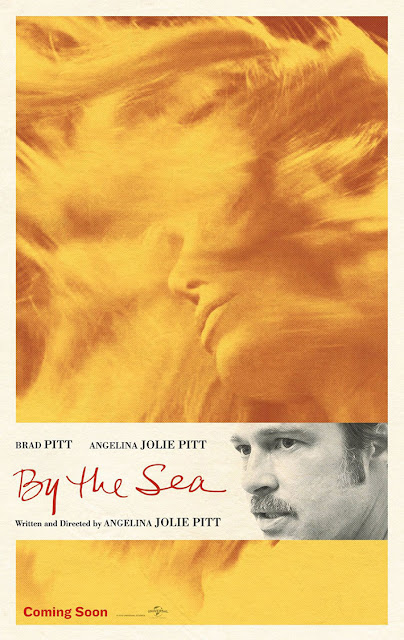 There aren’t many female auteurs who would get as much attention as Angelina Jolie. How many could get the cover of Vogue, for instance? But Jolie is just deciding to be one and because Unbroken made close to $100 million, she certainly has the cred to pull it off. Also, because By the Sea stars Angelina Jolie and Brad Pitt in a marriage, there’s a good chance a lot of people will want to see it. The cool thing about it, though, is that she’s expressing herself, auteur style, in a big public way. Any other female auteur making a film about what’s inside her head would be not known unless some critic  pulled her out from obscurity. Can anyone think of the last time that happened? The closest we get is Sofia Coppola who, like Jolie, started life with opportunity and fame. But even she couldn’t command a Vogue cover each and every time she puts out a movie. By the Sea will have its premiere at AFI and perhaps it will have a chance to crack the Oscar race in one or more categories. Right now, no one is predicting it for anything based on Unbroken’s reception. I hope, with this film, we’ll see the artist emerge. 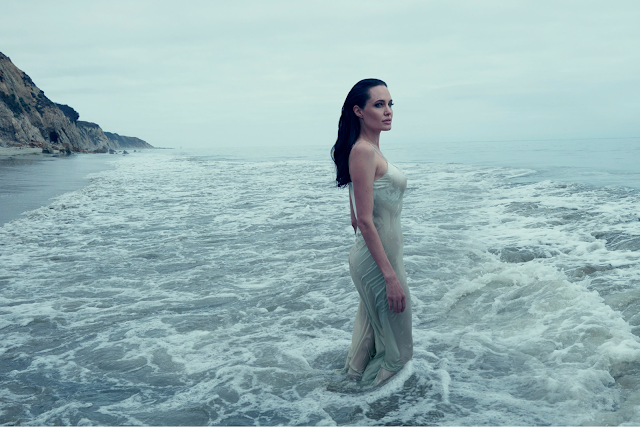 If By the Sea is fully and completely a film coming from Angelina Jolie’s head it’s going to be interesting. From Vogue:

If her daily life is a large, sociable whirl, Angelina’s new film is an intimate, claustrophobic tale. She wrote By the Sea after her mother, Marcheline Bertrand, died of cancer eight years ago, and never thought it would see the light of day. She wanted to explore bereavement—how different people respond to it. She set the action in the seventies, when her mother was in her vibrant 20s, and began simply with a husband and wife. She gave them a history of grief, put them in a car, and drove them to a seaside hotel to see how the pair—Roland, a novelist with a red typewriter; Vanessa, a former dancer with boxes of clothes and hats—attend to their pain. Vanessa is frail, tortured, hemmed in. She feeds her mourning a diet of pills and suicidal fantasies. Roland is defeated by the seclusion of her anguish, and drinks. And so it goes on until innocent newlyweds move in next door. . . .
“It’s not autobiographical,” says Angelina, smiling. She shrugs off the fact that celebrity-watchers will have a field day trying to read into this movie. “Brad and I have our issues,” she offers, “but if the characters’ were even remotely close to our problems we couldn’t have made the film.” Yet the film is a deeply personal project, drawn loosely from her mother’s life. Jolie Pitt often talks about the sacrifice her mother made in giving up acting to raise her and her brother, James, after their father, Jon Voight, left. Later Bertrand’s work was cut short as a producer and activist for Native Americans and for the Give Love Give Life cancer organization she founded with her partner, John Trudell. She was diagnosed with ovarian cancer at 49; she died seven years later. “My mother was an Earth Mother and the nicest person in the world,” says Jolie Pitt (pointing out that Vanessa in the movie is not). “But the specific grief came from the woman I was closest to, seeing her art slip away, her body fail her.”