Robert Gottlieb / The Art of Editing 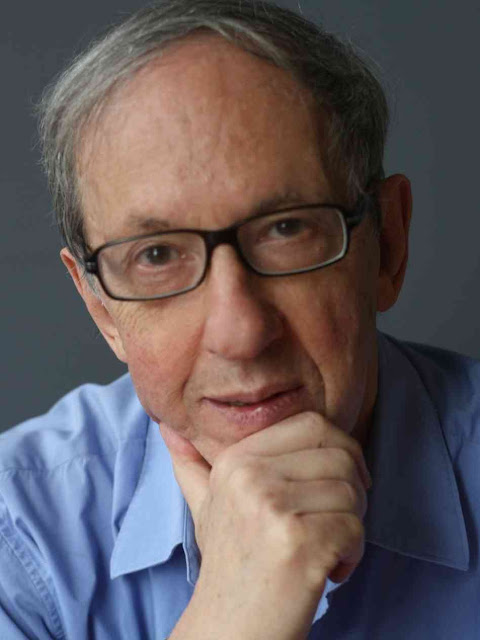 The Art of Editing 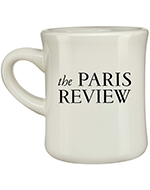 Robert Gottlieb is a man of eclectic tastes, and it is difficult to make generalizations about the authors he has worked with or the hundreds of books he has edited. In his years at Simon & Schuster, where he became editor in chief, and as publisher and editor in chief of Knopf, he edited a number of big best-sellers, such as Jessica Mitford’s The American Way of Death, Robert Crichton’s The Secret of Santa Vittoria, Charles Portis’s True Grit, Thomas Tryon’s The Other, and Nora Ephron’sHeartburn. He worked on several personal histories, such as Brooke Hayward’sHaywire, Barbara Goldsmith’s Little Gloria . . . Happy at Last, Jean Stein and George Plimpton’s Edie: An American Biography, and the autobiographies of Diana Vreeland, Gloria Vanderbilt, and Irene Selznick. He has edited historians and biographers including Barbara Tuchman, Antonia Fraser, Robert K. Massie, and Antony Lukas; dance books by Margot Fonteyn, Mikhail Baryshnikov, Natalia Makarova, Paul Taylor, and Lincoln Kirstein; fiction writers such as John Cheever, Salman Rushdie, John Gardner, Len Deighton, Sybille Bedford, Sylvia Ashton-Warner, Ray Bradbury, Elia Kazan, Margaret Drabble, Richard Adams, V. S. Naipaul, and Edna O’Brien; Hollywood figures Lauren Bacall, Liv Ullmann, Sidney Poitier, and Myrna Loy; musicians John Lennon, Paul Simon, and Bob Dylan; and thinkers such as Bruno Bettelheim, B. F. Skinner, Janet Malcolm, and Carl Schorske. He has helped to shape some of the most influential books of the last fifty years, but nonetheless finds it difficult to understand why anyone would be interested in the nitpicky complaints, the fights over punctuation, the informal therapy, and the reading and re-reading of manuscripts that make up his professional life.
Gottlieb was born in New York City in 1931 and grew up in Manhattan. He read “Henry James, Jane Austen, George Eliot, Proust—the great moralists of the novel. Of course,” he says, “I admired the Russians tremendously, but I didn’t feel that I’d learned anything from them personally. I learned how to behave fromEmma—not from The Brothers Karamazov.” He graduated from Columbia in 1952, the year his first son was born. (He has since had two more children with his second wife, actress Maria Tucci.) He spent two years studying at Cambridge and then in 1955 got a job at Simon & Schuster as editorial assistant to Jack Goodman, the editor in chief.

Publishing was a very different business in the fifties. Many of the big houses were still owned by their founders—Bennett Cerf and Donald Klopfer owned Random House; Alfred Knopf owned Knopf; Dick Simon and Max Schuster were still at Simon & Schuster. As a result, publishers were frequently willing and able to lose money publishing books they liked, and tended to foster a sense that theirs were houses with missions more lofty than profit. “It is not a happy business now,” says Gottlieb, “and it once was. It was smaller. The stakes were lower. It was a less sophisticated world.”
In 1957, Jack Goodman unexpectedly died, and at about the same time, Simon & Schuster was sold back by the Marshall Field estate to two of its original owners, Max Schuster and Leon Shimkin. Schuster and Shimkin didn’t get along, things became strained, and within a few months most of the senior staff had left the company. The owners neglected to hire anybody new, and so suddenly, as Gottlieb puts it, “the kids were running the store.” Within a few years Gottlieb became managing editor, and a few years after that, editor in chief. Then, in 1968, he left Simon & Schuster to become editor in chief and publisher of Knopf.
Next to reading, Gottlieb’s grand passion is ballet, and from the mid-seventies to the mid-eighties, while at Knopf, Gottlieb served on the New York City Ballet’s board of directors, in which capacity he organized ballets from the company’s repertoire into programs for each season and oversaw its advertising and subscription campaigns. (A third, lesser, passion of Gottlieb’s is acquiring odd objects—including vintage plastic handbags, of which he has a notorious collection.)
In 1987, at the invitation of its new owner, S. I. Newhouse (who also owns Knopf), Gottlieb left Knopf to take over The New Yorker. The announcement of his appointment was received with undisguised hostility by the magazine’s staff, who suspected Newhouse had ousted Gottlieb’s predecessor, the venerated William Shawn, editor since 1952, against his will. Dozens of the magazine’s staff members signed a petition requesting that Gottlieb refuse Newhouse’s offer. He didn’t. “I never took it personally,” Gottlieb explains. “I knew that the same thing would have happened to anyone. I didn’t even read the names of the people who signed the letter, many of whom were good friends of mine. I knew that I felt a lot of goodwill toward the magazine, and I assumed that it would prevail. And, indeed, once I got there, everyone was wonderful, couldn’t have been nicer. I just got to work, and everybody got to work with me.”
In 1992, Gottlieb agreed to retire from The New Yorker to make way for formerVanity Fair editor Tina Brown. (He says he told Newhouse when he was hired that he would be a curator rather than a revolutionary, and that if Newhouse wanted radical change he should find someone else.) Then sixty-one, Gottlieb decided he didn’t want to begin running something else, and offered his services to Sonny Mehta, who had taken over Knopf when Gottlieb left. Since then, Gottlieb has been working gratis for Knopf (he received a large settlement from Newhouse when he left The New Yorker) on books like John le Carré’s The Night Manager, Katharine Graham’s autobiography, Mordecai Richler’s forthcoming book on Israel, Arlene Croce’s study of Balanchine, David Thomson’s biographical dictionary of the cinema, Eve Arnold’s retrospective and various New Yorker cartoon books.
My interviews with Gottlieb, who looks something like a taller and less rufous version of Woody Allen, took place in the living room of his townhouse on East Forty-eighth Street—two blocks from the Knopf offices on Fiftieth, and half a mile from The New Yorker on West Forty-third. His living room overlooks the Turtle Bay Gardens—a rather formal private park that combines what would be the backyards of the houses on that block between Forty-eighth and Forty-ninth Streets. From the window Gottlieb pointed out Katharine Hepburn’s house across the way (he was her editor at Knopf) and the garden patio where Janet Malcolm had one of her famous lunches with Jeffrey Masson.
The interviewees in this piece were suggested by Gottlieb himself. Their comments and Gottlieb’s responses were combined afterwards—there was no direct conversation. Joseph Heller, Doris Lessing, John le Carré, Cynthia Ozick, Michael Crichton, Chaim Potok, Toni Morrison, Robert Caro, and Mordecai Richler are all authors Gottlieb has edited. Charles McGrath worked with Gottlieb at The New Yorker, where McGrath is deputy editor. Lynn Nesbit is a literary agent who has worked with Gottlieb on a number of books.

Email ThisBlogThis!Share to TwitterShare to FacebookShare to Pinterest
Labels: Robert Gottlieb, The Art of Editing / The Paris Review