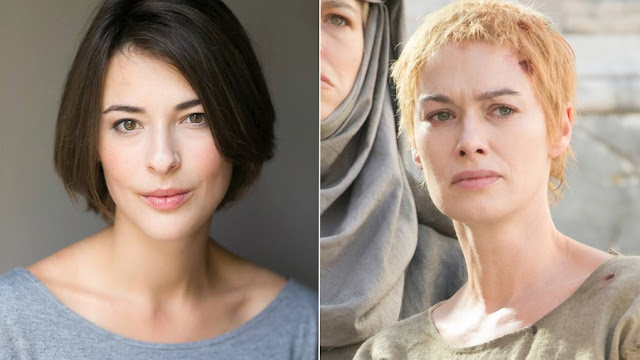 When "Game of Thrones" viewers watched Cersei Lannister's Walk of Shame, they were actually seeing Rebecca Van Cleave's naked body. But she argues that doesn't take away from Lena Headey's performance.

"I personally don't agree with anybody who says having a body double detracts from the scene," the 27-year-old tells Entertainment Weekly. "Lena put her heart and soul into that scene. It should all be about the finished product, not about whose body was where and and whose head was where."

Headey tells the site she opted not to go nude for "several reasons," including the fact she wanted her focus to be on the emotions Cersei was experiencing. "Game of Thrones" casting department looked at more than 1,000 applicants for the scene, and finally landed on British-American actress Van Cleave, who had never been filmed naked before.
To bring the sequence to life, Van Cleave and Headey, who wore a beige shift, walked side-by-side through the streets of Dubrovnik, which doubled for King's Landing. Then in post-production Headey's face was placed on Van Cleave's body.
"It was a long process trying to find somebody who got what it means physically to be there with all that stuff going on, and Rebecca is a great actress," Headey tells EW. "It takes a lot to walk through the crowd naked for three days in a row with the crowd braying at you."
Before her work on "Game of Thrones," Van Cleave appeared in episodes of "The Royals" and "50 Ways to Kill Your Lover," as well as a number of commercials. She next stars in the horror short film "The Prey," which she's been sharing updates about on her Facebook page. Van Cleave also writes she's recording her EP "The Bedroom Sessions" and has "a lot of incredibly exciting auditions."