Alice Munro / A brief survey of the short story 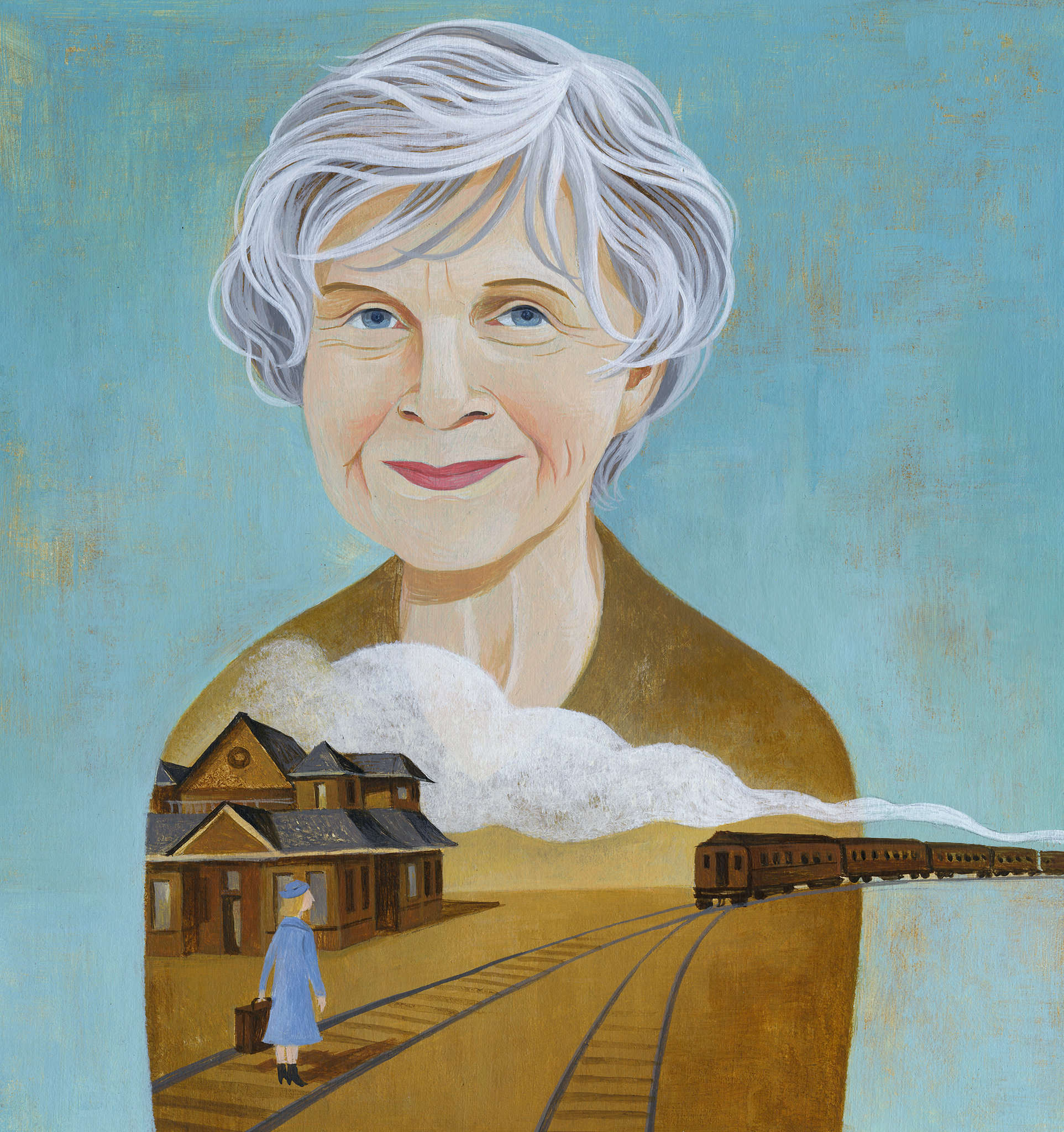 A brief survey of the short story part 37: Alice Munro

The easy, conversational flow of her stories conceals an almost Proustian complexity of construction 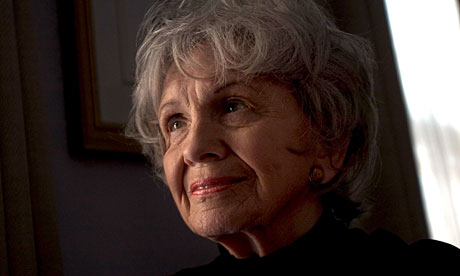 Alice Munro: 'I want the story to exist somewhere so that in a way it’s still happening.' Photograph: Andrew Testa / Rex Features
Alice Munro is so routinely called of the greatest living short story writes that the accolade risks dulling the brilliance of her work, and certainly obscures its strangeness. While the typical setting of her stories is her native small-town southwestern Ontario – although numerous exceptions can be found among her 12 collections and one sort-of-novel – their content is anything but prosaic. Munro slices through domestic surfaces into the emotional and psychological turmoil beneath. As one of her narrators says of her hometown, "People's lives in Jubilee, as elsewhere, were dull, simple, amazing, unfathomable, deep caves paved with kitchen linoleum."
Munro is, in Coral Ann Howells's description, an artist of indeterminacy, a trait on which she pins her inability to write novels. She explained to the Paris Review in 1994 that, "I have all these disconnected realities in my own life, and I see them in other people's lives. That was one of the problems – why I couldn't write novels, I never saw things hanging together any too well." She actively resists definite conclusions in her fiction, telling Brick in 1991 that "I want the story to exist somewhere so that in a way it's still happening, or happening over and over again. I don't want it to be shut up in the book and put away – oh well, that's what happened."
In large part, Munro achieves this effect by paying close attention to time and memory. There is a Proustian quality to the way she portrays them enfolding one another, and the manner in which an unexpected resonance can unlock the past. Even in her earliest stories she prefers the remembered past to the reported present, and over the decades, right up to this year's "Axis", this technique has grown in ambition and intricacy. Whether moving across a century in "A Wilderness Station" (1992) or just earlier and later on the same day in "Fits" (1986), she presents time, in Lauren Groff's description, as "layers of tissue" rather than linearly. In "Friend of My Youth" (1990) the narrator, a writer, drills deep into her mother's life from the present. She recounts the pair struggling over ways in which to tell the mother's story about an old friend jilted twice by the same man. Through variously inflected retellings of the supposed subject, the story's central concern finally emerges as being something quite different, its multiple registers, perspectives and time shifts echoing obscurely like voices from a well.
Unpacking a Munro story is very different from reading one. Navigating convoluted time schemes and developing large casts of characters without leaving the reader at all bewildered is itself a great skill. To manage it with the fluency and subtlety Munro achieves in the multiple viewpoints of 1981's "Labor Day Dinner", or the disjointed narrative of "Vandals" (1993), is extraordinary. Munro has a style but, like Chekhov's, it is transparent. Her stories flow like conversation, or gossip, but the ease of their telling belies their sophistication. It's only on reflection that you see the complexity of their construction, where gossip is overlaid with interpretation larded with commentary, prompting further interpretation and so on. Each story is a double helix of raw material and exegesis.
Munro can be described as writing in the tradition of Chekhov's lyric realism (by Joyce Carol Oates), as evoking "a world that functions like a morbid conspiracy" in a manner similar to VS Pritchett (by James Wood), and as having "a slyly postmodern sensibility" (by Daniel Menaker, her erstwhile editor at the New Yorker). Alongside the lyricism, the social observation and the metafiction, her writing has always had a sooty streak of the Gothic running through it ("the part of the country I come from is absolutely Gothic," she has said). She has affinity for the southern American writers Flannery O'Connor, Carson McCullers, Katherine Ann Porter and Eudora Welty, and the last of these is a particularly discernible influence. Munro's "Dance of the Happy Shades" shares many parallels with Welty's "June Recital", and both writers are fascinated by the doubling of the world as it's generally seen, and the stranger one it cloaks. Munro often shows this cloaked world from a child's viewpoint, or more precisely from that of an adult reflecting on a childhood memory, as in "Walker Brothers Cowboy" (1968), where a father's encounter with an old lover recasts him in his daughter's eyes:

So my father drives and my brother watches the road for rabbits and I feel my father's life flowing back from our car in the last of the afternoon, darkening and turning strange, like a landscape that has an enchantment on it making it kindly, ordinary and familiar while you are looking at it, but changing it, once your back is turned, into something you will never know, with all kinds of weathers, and distances you cannot imagine.

It's indicative of the breadth of Munro's work that just as it incorporates such a variety of style and influence, so critics tend to identify different things lying at its heart. For some it's the action of memory, as in "Friend of My Youth;" for others the constrained and compromised lives of girls and women, such as Flo and Rose in the story sequence The Beggar Maid; or the image of the mother, obsessively returned to throughout her work. In 2002 Lorrie Moore wrote that the "birth and death of erotic love" were "Munro's timeless subject," and stories such as "Chance", "Lichen", "Wild Swans" and "Differently" attest to the perception she has for what she calls, in "Vandals", the "hard-hearted energy of sex". All these positions can be defended but, in reality, no one theme dominates the others. Her range resists being reduced to a single grail, however tempting it is to seek it. Munro's art is so expansive it can turn its face to every reader, offering each one something new.

Email ThisBlogThis!Share to TwitterShare to FacebookShare to Pinterest
Labels: A brief survey of the short story, Alice Munro, Chris Power