Julio Cortázar / End of the Game 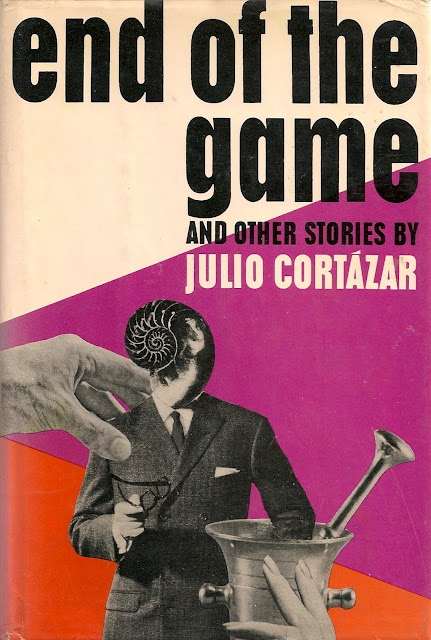 END OF THE GAME
AND OTHER STORIES
By Julio Cortázar
BIOGRAPHY
The idea of translating selections from Cortázar's work must have been in Paul Blackburn's mind at least from April 1958, when the Argentinian wrote him a friendly letter, in the course of which he outlined the books he had published to date and mentioned that he had just completed a long story, "El perseguidor" ("The Pursuer") based on Charlie Parker. Blackburn seems to have turned his hand first to  Cronopios and Famas, although that book wouldn't appear in its entirety until 1969. By 1962, Cortázar was writing to Sara Blackburn (Paul's wife, and Cortázar's US editor) about a translation of "Las armas secretas" (apparently just the title story, not the entire volume) by Hardie St. Martin:
It seems formidable to me. It's very faithful, very precise, and it has all of the atmosphere of the original. I marked two or three little things that can be corrected without great effort... I would be delighted if someone would be moved to translate "The Pursuer" and the other stories in the book, but above all "The Pursuer."
I'm not sure what became of St. Martin's translation, but in 1967, after Pantheon had already published The Winners and Hopscotch, End of the Game appeared, containing Blackburn's translations of most of the contents of Bestiario, Las Armas Secretas, and Final del Juego, including the Parker story, "Axolotl," "The Idol of the Cyclades," and twelve other pieces. By then Antonioni's film Blow-Up, which is loosely based on Cortázar's "Las babas del diablo," was about to appear, and so the story was retitled "Blow-Up," a felicitous change as the original title translates to something like "the devil's spittle." When the Collier Books edition appeared a year later the title of the entire volume was changed and a still from the movie became the cover art.
In the late '70s or early '80s a Harper paperback edition restored the original title, but the subsequent Vintage edition that remains in print is once again Blow-Up. 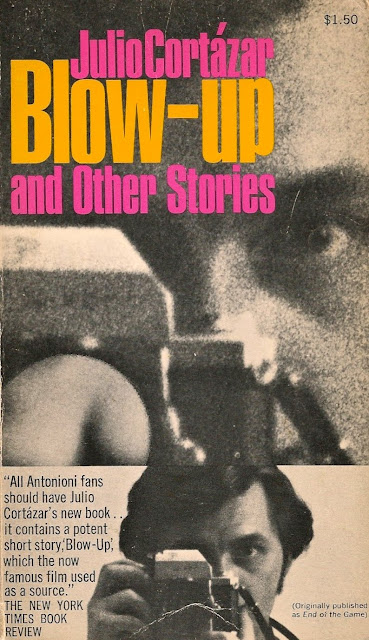 The original surrealist-derived cover art from the hardcover edition is credited to one Hoot von Zitzewitz, whose identity appears to be a bit mysterious. In a letter to Paul Blackburn and his wife Sara (who was his editor at Pantheon), Cortázar wrote:
Dear Sarita, many thanks for the copy of End of the Game, which is very nice. I have the impression that we have chosen the sequence of stories well, and that some critics will say some interesting things about them.
The same letter also alludes with regret to Sara's decision to leave Pantheon. By 1969 she and Paul Blackburn had divorced and Paul had married for a third time.
(Translations are mine, from the three-volume Alfaguara edition of Cortázar's Cartas.)
Posted by Chris Kearin at 8:04 PM
Monday, October 04, 2010