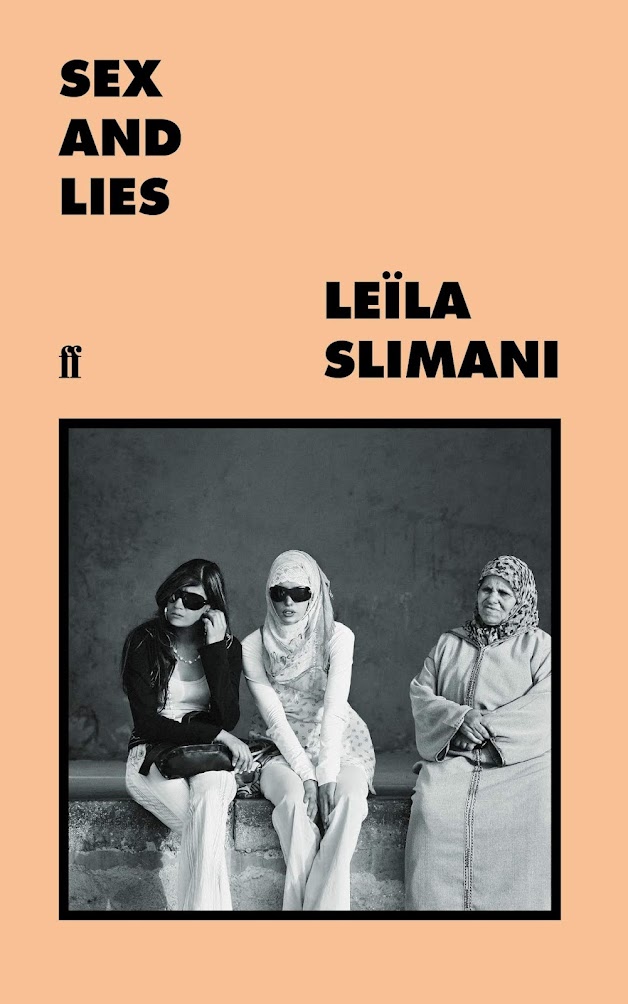 ‘Virginity is an obsession in Morocco’: an extract from Leïla Slimani’s Sex and Lies

The author reflects on the challenges faced by young women in the country of her birth, where extramarital sex is a criminal offence

Ileft Morocco more than 15 years ago. With the years and the distance, I have surely forgotten quite how difficult it is to live without the freedoms that have become so natural to me. In France it can be a struggle to imagine the disorientation that comes with a young girl’s discovery of her sexual self in a country where Islam is the state religion and the laws are extremely conservative on everything that relates to sex.

I am Moroccan and, in Morocco, Muslim laws apply to me, whatever my personal relationship with the religion. When I was a teenager, even though this went against their personal convictions, my parents must have explained to me that it was forbidden to have sexual relations outside marriage or even to be seen in a public place with a man who wasn’t from my family. I learned that I could not be homosexual, have an abortion or cohabit. If I were to have a child without being married, I could face criminal charges and my child would have no legal status; they would be a bastard. The “family code” of 2004 allows a child born outside marriage to be registered, but if the father will not acknowledge it the mother must choose the child’s name from a list, all including the prefix abd, meaning “servant”, “slave” or “subordinate”. Born of an unknown father, the child will be a societal outcast and subject to social and economic exclusion. To avoid this exclusion and not risk arrest for an extramarital relationship, hundreds of women abandon children born outside wedlock. According to the Moroccan charity Insaf, in 2010 alone, 24 babies on average were abandoned every day, which adds up to almost 9,000 babies per year without identity or family, not to mention the corpses found in public bins.

As a teenager, I realised that my sex life was everybody’s business: society was entitled to control it. Virginity is an obsession in Morocco and throughout the Arab world. Whether you’re liberal or not, religious or not, it’s impossible to escape this obsession. According to the family code, before she is married a woman is meant to provide a “certificate of unmarried status”. Of course, the man’s virginity, which is impossible to prove and which isn’t in demand anyway, bothers nobody. In street parlance, the expressions used for losing your virginity are revealing. During my discussions with women, many of them described girls who were no longer virgins as “broken”, “spoiled” or “ruined” by men, and said that this had to be managed as a terrible “scar”. Idealised and mythologised, virginity has become a coercive instrument intended to keep women at home and to justify their surveillance at all times. Far more than a personal question, it is the object of collective anxiety. It has also become a financial windfall for all those who carry out the dozens of hymen restorations that happen every day and for the labs selling false hymens, designed to bleed on the first day of sexual intercourse.

When I was a teenager, everyone I knew could be split into two groups: those who were doing it and those who weren’t. The choice, for us, cannot be compared with that made by young women in the west because in Morocco it is tantamount to a political statement, however unwitting. By losing her virginity, a woman automatically tips over into criminality, which of course is no laughing matter. But making this choice is not enough: you have to be able actually to realise your wish – and the obstacles are legion. Where can lovers meet? At the parents’ house? Quite simply unthinkable. At a hotel? Even for those who might have the means, this is impossible, for hotels are known to demand a marriage certificate for couples wishing to share a room. So we find ourselves in cars, in forests, on the edges of beaches, on building sites or in empty lots. And accompanied by the appalling fear of being found and then arrested on the spot by the police. I don’t know if a 16-year-old European girl can really imagine the stress such a situation can present.

I have experienced it. During my final year at school, I was in a car flirting with a boy. An innocent and entirely natural flirtation between two teenagers. A police car stopped a few metres away. The policemen walked up to our car. They knew perfectly well what we were up to. That was precisely why they were doing rounds of the forest. Everyone knew that dozens of couples could be found there every day: young and old, adulterous couples and schoolchildren in love, rich and poor, all propelled by the wish for a little intimacy in the shade of the eucalyptus trees. The police who patrol there are not a morality brigade but they behave like one. In fact, they don’t give a toss what you’re up to, if you’re consenting or not; they don’t take the time to make sure you are safe. They just show up like sheep to apply a law, or rather to take advantage of the profits. Because, in most cases, they don’t mind looking the other way in exchange for a few notes. This is the price of your humiliation.

Around me, the boys mapped out a cruel geography. On one side were the “nice girls” and on the opposite side… “the others”. All day long they went on about how “nice girls don’t smoke”, “nice girls don’t go out in the evening… aren’t friends with boys… don’t wear shorts… don’t drink in public… don’t speak up before their brothers… don’t dance in front of men…”. But I knew that nice girls aren’t always the ones we think they are. Like everyone else, I had heard that some girls agreed to have anal sex rather than lose their virginity. I didn’t understand this notion of purity. To tell the truth, I’d never felt that I was pure – ever. The paradox of the situation: by treating women as dangerous provocateurs, people whose sexual appetite must constantly be kept in check, we undermine the very concept of this purity we’re seeking to preserve. I felt guilty before I had even sinned.