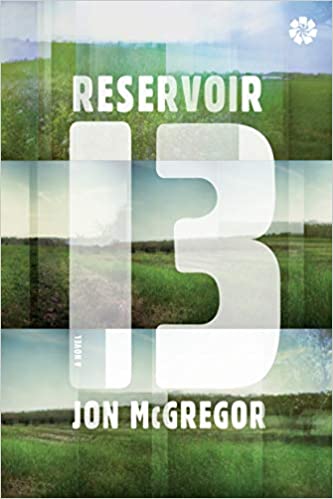 The rural village, the missing girl, the search for a body … then life goes on, as an archetypal story is rekindled with explosive results

hy is it always a girl who’s missing? What is it in that archetype that tugs at us in some deep place – readers and viewers, male and female alike – when yet again the quest begins with news of someone’s daughter who hasn’t come home, or a glimpse of a girl in some place that’s much too lonely, glancing back nervously over her shoulder? We can’t imagine being hooked so easily if the paperback thriller or crime drama began with a missing boy, and the idea of his disappearance wouldn’t transform with the same inevitability into the idea of the boy’s death, the image of it.

In Jon McGregor’s new novel the missing girl’s name is Rebecca Shaw and she is 13 years old. Rebecca’s family are on holiday in a village in the Peak District, staying in a barn conversion; they have come for the New Year. “When last seen she’d been wearing a white hooded top with a navy-blue body warmer, black jeans and canvas shoes. She was five feet tall, with straight, dark-blond, shoulder-length hair.” The smallness seems part of the drama, too, doesn’t it? Big girls don’t go missing half as often. And the white hooded top, perhaps even the blondness: if this was a film or TV show, that whiteness would be a flash of light between the trees, a brief half-glimpse of something pure and unspoiled, which – the viewer’s already agonised, ahead of the plot – must be brought down and dirtied, crossed with darkness.

Reservoir 13 isn’t simply an iteration of the usual story, however: it’s a fascinating exploration of it. McGregor is a writer with extraordinary control, and he uses the power of the archetype as well as our genre expectations for his own purposes. We’re pulled in from the first page, when the villagers “gathered at the car park before dawn and waited to be told what to do”. His sentences are abrupt and minimal, austerely denotative, building the tension: he hasn’t got narrative time to waste. There is a hint of local idiom: “Jackson’s sheep had taken the fear and scattered through a broken gate, and he’d been up all hours bringing them back.” The rhythms and repetitions of country life are cut across by this singular eruption of threat, which seems at first to come from the outside. So far, again, so archetypal. It’s a contemporary story: the farm worker has a quad bike, the vicar is a woman, there’s a hippy shop selling crystals and the butcher’s is closing down for lack of trade. We begin to get to know the place, although at first it feels as if we’re filling in the background to our real story: the missing girl.

As time passes and our expectations are strained, we realise McGregor is taking us into another kind of novel altogether

Because we think we’re going to find Rebecca’s body at any moment. McGregor doesn’t waste the power of the old pattern, with its hidden horror at the heart. He teases us, drawing us on, and we read hungrily to find out what happened. Time passes and the police searches come to nothing, the divers go into the reservoirs in vain, Rebecca isn’t found: not that first night, nor in the days and weeks that follow. Yet everything is charged by our expectation as readers: everything ordinary has its undertow of significance. When the keeper wades into the river and cuts away the weeds, or when children on a picnic ask about the boarded-up old lead mines, or when the boiler house at the school is demolished, after Jones the caretaker has been so secretive, not letting anyone inside: we expect the worst. Is Rebecca in there? Are we going to find her body now? Learn what really happened to her, or what she really is? Everyone is still dreaming about “being the first to reach her with a blanket and bring her safely home”.

And then as our expectations are strained to the limit, we begin to realise that the writer is deflecting them into something else, taking us into another kind of novel altogether. What actually fills up the pages, fills up narrative time while we wait to find the girl, is an omniscient narration moving easily around and inside a whole collective of protagonists in the village and following them through their daily lives, none of them dominating the story space. There is Geoff the embittered potter; Sally with the compromised marriage and the dangerous brother; Irene who cleans and struggles stoically with her son with special needs; Jones whose sister doesn’t come out of the house (ah, is Rebecca in there?); Jackson the farmer who has a stroke and dominates his grown-up sons from his sick bed. Rebecca’s unhappy parents are glimpsed at a distance, falling apart with their grief and lack of certainty (or, did her father do it?). There are the teenagers who, it turns out, did have something to do with Rebecca while she was alive – James kissed her. But that is probably just another distraction. Poor James is haunted; he doesn’t know what happened to Rebecca, either.

The characters we watch are all warm enough, sentient human beings, prone to needing and wanting and mostly failing one another. But the eye of the story keeps its remote omniscient distance; it’s a cold camera-eye, or the eye of a hawk circling above the village, assembling everything impartially, not taking sides. More time passes: things change, babies are born, there’s a funeral, people arrive in the village and leave, the teenagers go to university and some come back again. Men and women fall into love and out of it, marriages are made and fail. Gordon, farm worker and seducer, has secret sex with one hungry woman after another, bringing them solace. Women gather in the village hall to prepare the “mosses and petals and bark they’d been gathering all week” for the annual well dressing. No one makes a fuss about it or calls it a folk tradition, but there is “an expectant atmosphere, of people looking forward to a job they knew would be hard and long”.

And in the sentences on the page the villagers coexist in equality with the whole sensuous ecology of the place they’re in. “As the dusk deepened over the badger sett at the far end of the woods, a rag-eared boar called out a sow … The woods were thick with the stink of wild garlic and the leaves gleamed darkly along the paths. Jackson’s boys went out to the fields and checked the sheep.” Gordon loses his power over women between one year and the next - knows suddenly that he is growing old.

And all the time we’re expecting Rebecca’s body and its secret to erupt from where it’s hidden and break up the surface of this ordinary, extraordinary, flow of time and change: bring it to a point, a revelation. We want her to answer something unappeased and unfinished in us, as the solving of the crime would in a more conventional genre fiction novel. Gradually, though, as the story unfolds across its 13 chapters (ah, so is she in Reservoir 13?), playing with and undercutting our expectations, we appreciate that this isn’t a murder mystery at all. It’s a chilling meditation on time, and loss through change. Why does that archetype of female sacrifice have such hold over us – why did Iphigenia have to be sacrificed by Agamemnon at Aulis? Partly it must be because of the violence against women deep-rooted in most cultures, buried there in the foundations, tangled up in biology. And perhaps that in turn helps to explain how the idea of femaleness can be dangerously invested with something lost and longed-for, something to bring home at last or come home to, some lost hope to be restored, weighing in against the realities of time and change. Reservoir 13 is an enthralling and brilliant investigation of disturbing elements embedded deeply in our story tradition.