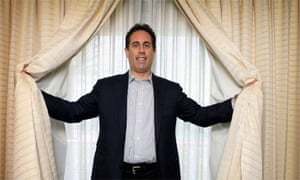 When did you realise you were funny?
I thought everyone was funny in the beginning. Then, in my early 20s, everybody started to get very serious, so I decided I would rather hang around with the people who still just wanted to be funny.
What was your big break?
The Tonight Show with Johnny Carson in 1981. That was like the first time you go sky-diving, and they say, "We've got the 'chute all set up, all you've got to do is convince your body that there's no problem jumping out of this plane."
Stage or screen?
Both. TV is intense when you're performing for a live audience and for a much larger audience beyond. When there's no studio audience, it's a bit dry. 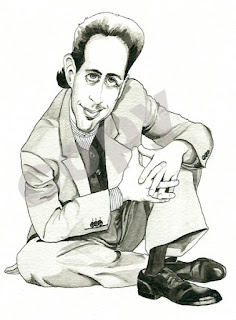 What's your favourite TV show?
Top Gear. Those guys understand that they can cheat everything, it doesn't matter. They also know that the main thing we want to see is people having a good time making fun of each other. I'm a car fanatic.
Which comedians do you most admire?
Lots. I love Chris Rock, Jerry Lewis and Bill Cosby. The great thing about comedy is that you don't really have to think about it, you just go, "I like this guy, I don't like this guy" and it's all fine.
What advice would you give to a budding comedian?
If you are able to do it, you'll be found out very quickly. Figure out what your thing is and you'll be fine.
What one song would be the soundtrack to your life?
Oh boy, am I supposed to cry at this point? I really like this song Suavecito by Malo from 1972. It feels like a summer day. It always puts me in a good mood.
Is there anything you regret?
No. Regret is very philosophical and very arrogant. It's like: "Things should go the way I want and when they go wrong something terrible has happened."
Do you suffer for your art?
Yes, but I don't mind suffering. You suffer in all things – work, relationships, whatever else you do. Unless you're eating ice-cream, you're suffering.
What's the most embarrassing thing that's ever happened to you on stage?
I once did a show when nobody even knew I was on. It was in a discotheque in Queens, it was 1977. I went on and nobody stopped dancing. I stood there and did the show to myself.
What is it about standup that keeps you coming back? You can't need the money.
No, it's not about the money. It's about walking the true path of the samurai.
What's the worst thing anyone has ever said about you?
I don't have a good memory for that stuff. It's all kind of small to me.

Born: Brooklyn, New York, 1954
Career: Best known for hit sitcom Seinfeld. Plays the O2 arena on 3 June.
High point: 'Seinfeld. I just can't believe that we somehow got that many good people in the same place at the same time.'
Low point: 'Don't give a damn.'