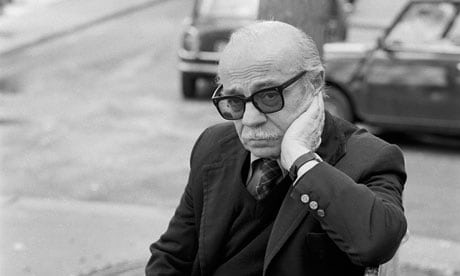 
The Tunnel by Ernesto Sábato – review


The late Ernesto Sábato's 1948 debut retains its power to disturb


D
isturbing, funny and still fresh, this 1948 novel narrated by an artist in jail for murder was the Argentine writer Ernesto Sábato's first book (he died last month aged 99). Juan Pablo Castel is a painter who stalks a woman named María after he notices her in a gallery studying one of his canvases with interest. The more he forces his way into her life – discovering that she has a blind husband and an ex-lover who killed himself – the more jealous he becomes. Soon his green eye gets the better of him – and María.


A perverse effect of the candour in Castel's retrospective account is that it almost makes you forget he's a murderer (and a rapist, it becomes clear). His pithy misanthropy offers readers an uncomfortable, reckless pleasure as the Buenos Aires art scene ("THE CRITICS… a plague I have never understood"), the city's postal service and people who give to charity all come in for a caustic kicking. It is hard not to relish his morose wit: "I have always had a tenderness and compassion for children (especially when through supreme mental effort I have tried to forget that they will be adults like anyone else)."
Yet as Colm Tóibín points out in a preface to this reissue of Margaret Sayers Peden's 1988 translation, while it is possible to root for Castel, it's never for very long. The lurking horror of his crime is all the more gross for its subtlety. This, for example, is how he views an awkward public encounter with his prey: "She was very restrained as she said hello, as if she wanted to prove before her two cousins that we were nothing more than friends." The level of delusion is chilling.
THE GUARDIAN