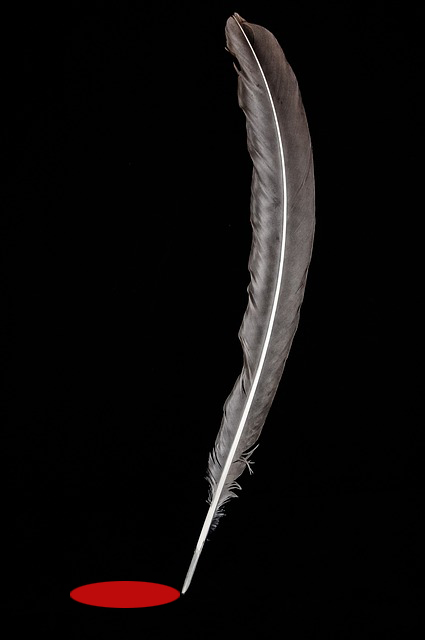 
Well, it's over, and Philip Roth has won the Man Booker International prize for 2011. I was delighted about that. The judges have read with great zest and pleasure – surveying, in Dr. Johnson's phrase, "from China to Peru" – a vast amount of fiction by contemporary writers. It would have been great to find, and to reward, a writer in translation, preferably one little known to Anglophone readers. But we have an "International" Prize here, which surely means that it is open to anyone – who either writes in English or is available in English translation.
There is an intractable problem here, isn't there, in comparing like with unlike? John Carey, in his judge's speech in 2005, noted that "some writers had to be read in translation, which is a disadvantage", which puts the matter almost too fairly. Like John, I grew up in a literary culture that insisted on the primacy of close textual analysis: after all, a writer chooses a word, a phrase, a sentence, because none of the millions of alternatives will do the job. To find an apt transposition into another language, as a translator must, is a frustrating process, like "kissing a bride through her veil," as Israeli poet Chaim Nachman Bialik put it.
I suppose that is better than not kissing her at all. Other commentators on the question are not as sanguine, even, as that. Thus we have:

"Poetry is what gets lost in translation." (Robert Frost)
"What is lost in the good or excellent translation is precisely the best." (Karl Wilhelm Friedrich Schlegel)
"What makes literature interesting is that it does not survive its translation. The characters in a novel are made out of the sentences. That's what their substance is." (Jonathan Miller)
"Translation is like a woman. If it is beautiful, it is not faithful. If it is faithful, it is most certainly not beautiful."(YevgenyYevtushenko)
"Translation is the art of failure." Umberto Eco

Indeed, in accepting Man Booker International Prize for 2011, Philip Roth was delighted that it might make his books available to people who had not read them, "despite all the heartaches of translation that that entails."
A recent article in the LRB, Julian Barnes discussed the problem with particular reference to Madame Bovary. He cites six different English renderings of a single sentence, which vary to one degree or another, and of which, he observes, none is obviously preferable to the others. He resorts to a wine-tasting metaphor called "mouthfeel" to make the necessary discriminations between the alternatives.
Equally, a "brilliantly witty but sparse and snappy tale" by the Congolese novelist Alain Mabanckou was recently translated by two different people, who were unaware of each other's efforts until the time came to compare them. Their final texts had only one sentence in common. It read: "Really?" So: of the two versions of the story, which is "by" Alain Mabanckou? Both? The better of the two? Neither?
More the former than the latter, surely. I'm pretty clear that Crime and Punishment, even when indifferently translated, is by Dostoyevsky. Except, of course, I also know that it isn't, not quite. My editor at Profile Books, Peter Carson, a skilled translator from the Russian, told me that he regrets almost all of the translations of the book, because they miss a crucial factor: "Dostoyevsky is funny." Funny? Gosh. Maybe Notes from Underground, I get that, but Crime and Punishment?
It is an intractable problem, about which I have two, slightly uneasy, comments to make. The first is that we constantly encounter, in one form or another, the problem of not understanding what another person says or means. This not because they are speaking Cantonese, but because of who they are, and that they are speaking at all. James Kelman, twice a Finalist for the Man Booker International prize, makes the point with characteristic bluntness, when one of his characters, frustrated by his failure to understand and to be understood, says:
"...one never knows what other people are fucking talking about... We were supposed to speak the same language but did we fuck...I forgot if I was talking, who I was talking to. I came in and out of perception like I was on dope."

This piece of applied Wittgenstein suggests that shared perception is the problem. Is there any? Or are all languages private ones? Thus we encounter constantly, every day, the problem of translation. Not just from one language to another, but within the same tongue: from adult to child, man to woman, white to black, English to American, historical to contemporary. "Oh man, you don't know where I'm coming from," people used to say. All tongues are foreign tongues?
Not quite - if you ask the way to The Hermitage it helps to understand Russian. It helps even more if you wish to get the most out of Tolstoy or Dostoyevsky. But the great majority of us – and this is my second point – have grown up reading these authors, and dozens of others in translation, with enormous profit and respect. I prefer reading Dostoyevsky to reading George Eliot, any day. I may miss the nuances of the language, not to mention its funniness, but I still get the extraordinary emotional power, the memorable characters, the play of ideas, the thump of the narrative. I remember Crime and Punishment pretty accurately, though I have not read it for 30 years, but can hardly recall anything of The Mill on the Floss.
Unless you have the original language you cannot say with any precision how well an author writes. Yes, sometimes you can guess. I am told that Juan Goytisolo is very well translated, and Wang Anyi often is not. We encountered a number of writers who we rather suspected were of top quality, but whose work was dreadfully translated, often by local cooperatives, university presses or cack-handed professors (often American). I remember one translation of a Chinese novelist in which the father and mother of a family were called "Mom" and "Dad." In another, a dreadfully sadistic guard at a prison is described as "really mean."
What's one to do? You can't offer the benefit of the doubt, because what you have is all you can work with. But it is frustrating, and the impulse to return to the comforts of the mother tongue can be very strong, and needs to be resisted. The translated novelists on our list of finalists – Wang Anyi, Juan Goytisolo, Amin Maalouf, Dacia Maraini, and Su Tong – are wonderful writers. I wish I could have read them in the original languages. I'm sure they'd be even better.
Whether they'd be as good as Philip Roth I can't, quite, say. But it's hard to believe they are.