'Never, never, never give out his address or phone number': Rakoff has drawn on her experience working at an old-fashioned literary agency in NYC to write a spellbinding memoir

lthough not as celebrated as 19th-century French novels about social-climbing young men from the provinces, the story of a young woman finding her fortune in New York City is a fetching literary genre of its own. It ranges from the tragic (Sylvia Plath's The Bell Jar) to the quasi-trashy (Rona Jaffe's The Best of Everything) to the comic (Ruth McKenney's delightful but, sadly, half-forgotten My Sister Eileen) to the bohemian (Mary McCarthy'sThe Company She Keeps). Truman Capote's cool, sweet slip of a novella, Breakfast at Tiffany's, is a voyeuristic variation on the theme, in which the narrator can merely guess how Lulamae Barnes, a wild child from a Texas backwater, became the glamorous Holly Golightly; it is a transformation that could only have happened in New York.

This is also a sepia-toned genre, gently nostalgic and typically set in a New York where the skyscrapers are clad in more stone than glass and the men still wear hats and ties. So why does My Salinger Year, Joanna Rakoff's new memoir – not even fiction, and, most improbably of all, set in 1996 – feel so akin to those earlier books? Perhaps because Rakoff begins it with a homage to the opening scene of The Best of Everything, with hundreds of "girls, of course, all of us girls," shouldering tote bags full of manuscripts and setting out in the "grey morning light of Brooklyn, Queens, the Lower East Side" to take the No 6 train to 51st Street.
Like Jaffe's heroines, who emerge from the subway in more or less the same part of town, Rakoff and her cohort are carefully and tastefully dressed (Rakoff does not describe twinsets, but you picture them anyway), and, like their predecessors, they can't afford to buy deli sandwiches and can barely make their rent. They are publishing's underpaid handmaidens, assistants to editors and literary agents, lured by their love of books into some of the city's most thankless jobs. "We wanted to be writers ourselves," Rakoff writes, "and this seemed the most socially acceptable way to go about doing so, though it was already becoming clear that this was not at all the way to go about doing so."
Then again, perhaps this memoir's sense of being somewhat out of time has more to do with the workplace where Rakoff – a naive would-be poet just dropped out of graduate school and so unfamiliar with the business of books that she didn't even know what a literary agency was – ended up. In My Salinger Year she calls her employer "the Agency", a coy dodge, given that 10 seconds on Google will reveal that it was Harold Ober Associates, a storied firm. The brusque, uncommunicative president she was hired to assist ("swathed in a whiskey mink, her eyes covered with enormous dark glasses, her head with a silk scarf in an equestrian pattern") was Phyllis Westberg.
Westberg had been JD Salinger's agent for six years, having taken over when his original agent, Dorothy Olding, retired. Olding and Westberg are the sort of figures commonly described as "legendary" in New York book publishing circles, the only corner of the US media industry that still reveres the venerable and the experienced over the young and cutting edge. The Agency was so old school it didn't possess a single computer. When Rakoff met a couple of junior editors from the New Yorker at a rooftop party, they pumped her for all the antediluvian details, such as the fact that Rakoff spent her days pecking away on a Selectric typewriter with the fat headphones of an old Dictaphone attached to her head and that the Agency tracked every detail of its authors' affairs on oversized, specially printed pink index cards. They had been using carbon paper only a few years before Rakoff arrived and still called photocopies "carbons". 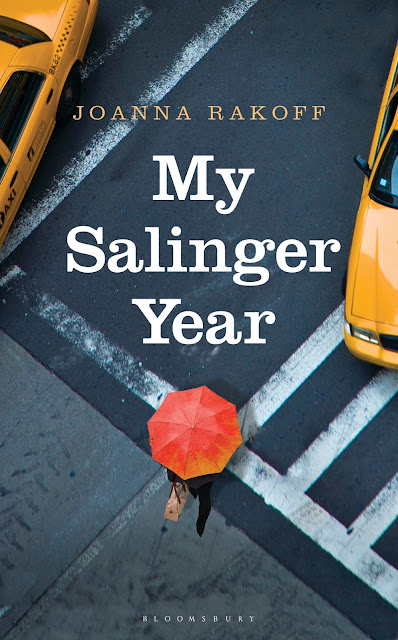 What fascinated everyone most, of course, was Salinger. "We need to talk about Jerry," Westberg announced on Rakoff's first day. This was one of the few things anyone took the trouble to explain to her, since, as Rakoff puts it, "at the Agency, all knowledge was assumed rather than imparted", and if not for a kindly fellow in the adjoining office, she might never have learned how to switch on the Selectric. The Jerry protocol, however, was too crucial to convey via the usual osmosis. People will call, Rakoff's boss told her. "They'll say they want to interview him or give him a prize or an honorary degree or who knows what. Producers will call about the film rights. They'll try to get around you. They may be very persuasive, very manipulative. But you must never – never, never, never – give out his address or phone number." Rakoff nodded in solemn agreement, although she had no idea who this Jerry person was.
She'd figure it out soon enough. Part of her job was to look through the stacks of mail sent to Salinger via the Agency and to answer each sender with a standard letter explaining that the author of The Catcher in the Rye did not wish to receive any communication from his readers. The letters came from veterans, teenagers and aspiring novelists, on everything from torn-out notebook pages and Smythson cream wove to Hello Kitty stationery. Because a couple of Salinger fans – John Hinckley Jr and Mark David Chapman – had shot prominent people (Chapman was carrying a copy of The Catcher in the Rye when he was arrested for killing John Lennon), the Agency felt it was prudent to have someone read the letters, "just in case", as one colleague put it. But after that, Salinger's fan mail was destined for the wastebasket.
Rakoff had yet to read Salinger when she went work at the Agency. Instead, she had read "Faulkner and Didion and Bowles, writers whose bleak, relentless styles stood in stark opposition to what I imagined Salinger to be". The weekend her domineering, live-in, soi-disant Marxist boyfriend insisted on attending his best friend's wedding without her, she ploughed through the entire corpus and finally understood the letter writers, despite being herself a few years past what she calls the "Salinger moment – the window between 12 and 20, when everyone in the literate universe seems to go crazy over The Catcher in the Rye". My Salinger Year is partly constructed as the story of a budding writer learning the value of forming a more immediate, less intellectualised connection with readers, a connection whose power she witnessed every day she opened (and, against the rules, occasionally answered) the mail.
However, you don't have to be a Salinger fan to fall under Rakoff's spell; I'm not and I did. Her book is a deft portrait of a vanishing culture (for traditional book publishing was more a culture than a business): quaint and at times wilfully obtuse, but admirably devoted to the dignity of the written word. Above all, My Salinger Year is the tale of a young woman accustomed to having her life's course dictated by others (her father, her boyfriend, her boss) as she comes to the realisation that it is time to grow up. The earnest young Rakoff who pored over Faulkner and Didion in the ramshackle, unheated apartment she shared with a man who patronised her was, in truth, overdue for a Salinger moment and in sore need of Holden Caulfield's scepticism and irreverence. She got it. It is the kind of story that is happening all around us, all the time. But there's no grander setting for it than New York.