Philip Roth at 80 / The novelist of desire 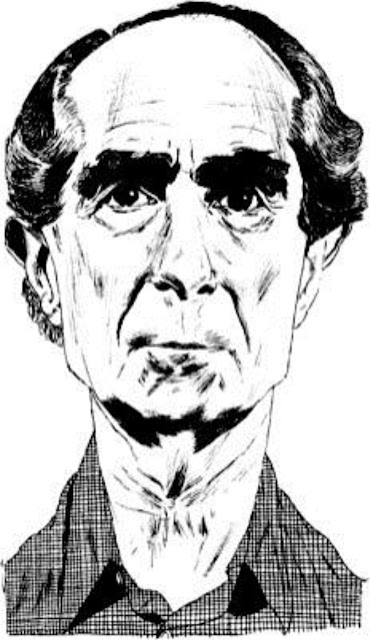 Philip Roth at 80: the novelist of desire

On Philip Roth’s 80th birthday the writer is interviewed for a new documentary about his literary heroes – and how Portnoy’s Complaint changed the way we write about love and sex.

By Sameer Rahim
7:00AM GMT 19 Mar 2013
“In the coming years I have two great calamities to face: death and a biography,” says a poker-faced Philip Roth. “Let’s hope the first comes first.” He is speaking at the start of a new PBS film, Philip Roth Unmasked, based on extensive interviews with the author, and made to coincide with his 80th birthday. You can understand him wanting to guard his own story. His work over the last 50 years – from Goodbye, Columbus (1959) to what he claims is his final work, Nemesis (2010) – has mined his own Jewish upbringing in Newark, testing and teasing the reader to guess what is fact and what is fiction.
As Jonathan Franzen comments here it has always been Roth’s shtick to seem “more honest” and “more outrageous” than any other writer. His early work was condemned by Jewish organisations that felt he showed Jews in a bad light. He responds here as he did 50 years ago by saying he told the truth: “There were Jewish girls who bought diaphragms, there were Jewish men who were adulterous.”
Sex is the driving force of Roth’s work. His favourite moment in Ulysses is when Bloom ogles a pretty girl by the sea while surreptitiously arousing himself. “At it again,” says Roth, quoting Bloom. “That should be on my tombstone!”
Roth’s masturbatory classic Portnoy’s Complaint (1969) goes at it, again and again. Its combination of sex, comedy and high art made the book a hit, selling 350,000 copies in its first month. The novel’s genesis is fascinating. Always funny in company, Roth had never seiously tried doing the same on the page. Alexander Portnoy, the Jewish boy who can’t leave it alone, was the perfect vehicle. Framing it as a confession to a psycholoanalist gave him permission to say what he wanted, whatever way he liked. Roth warned his parents the book might make trouble for them and sent them on a cruise when it was published. But his father, far from being ashamed, sold copies on board signed “Hermann Roth, Philip Roth’s father”.

“When I sit down to write, I’m free from shame,” says Roth. Certainly in Sabbath’s Theatre (1994), which could almost be written by an elderly Portnoy, he thoroughly mires himself in his protagonist’s perversions – indulges them, even.
The access to Roth the filmmakers have got is impressive and he comes across on screen as charismatic, driven and funny. (You can’t help but agree with a friend from the early years: “There was a whiff of danger about him.”) No sceptical voices are heard, which is a shame. His writing routine – standing at the desk, all day, every day – has yielded 27 novels. Among the greats there have been duds and, as with Updike, you wonder whether he could have been even greater had he written half the number. His portrayal of women is addressed here and the case for the defence given. While it’s wrong to label him a misogynist it is true that all his novels are, in essence, about what it’s like being Philip Roth or a man quite like him.
His motto is “Amplify! Amplify! Amplify!” Re-reading Portnoy, which I loved as a teenager, I found I couldn't get further than 50 pages: the noise was too loud. Instead I turned to Goodbye, Columbus, a work with more sexual yearning than actual sex, whose careful lyricism about Newark in the Fifties, Roth’s lost Eden, is wonderfully touching. Who knows how autobiographical these stories really are. Should we care? As Roth says, “in masks there is freedom”.