A Manual for Cleaning Women by Lucia Berlin, Reviewed 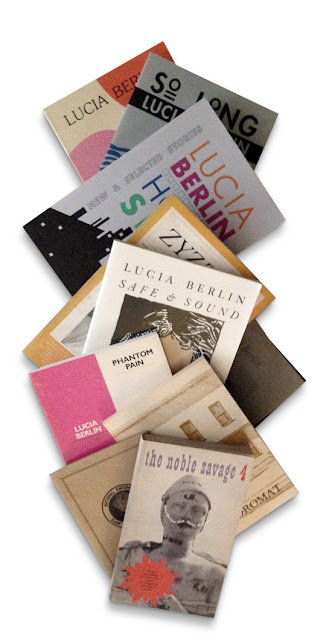 A MANUAL FOR CLEANING WOMEN BY LUCIA BERLIN, REVIEWED


There is a moment in Berlin’s story, “Strays”:

“The world just goes along,” says Tina, a rehabbing heroin addict, “Nothing much matters, you know? I mean really matters. But then sometimes, just for a second, you get this grace, this belief that it does matter, a whole lot.”

In this phrase, the narrator unwittingly articulates the experience of reading A Manual for Cleaning Women. The 43 stories constitute an intense, varied and always engaging volume celebrating the humanity in cruelty, the beauty beneath ugliness and, most astonishingly, the shape – the meaning – in the amorphous grind of invisible and ostensibly wasted lives.

Berlin’s stories have a power and rhythm of their own, a companionable force that takes the reader jovially by the hand and tightens to a painful grip. They look face-on at the pathologies that make up civilisation and its counterpoint, and their vision is impossible to resist.

“He felt that way too,” says Tina, “I heard the catch in his throat.”

The title echoes Berlin’s 1977 book, A Manual for Cleaning Ladies, the first of eight collections that enjoyed only modest success during her lifetime. Thanks either to a favourable zeitgeist or the magic of marketing, the stories’ posthumous rearrangement in A Manual for Cleaning Women has brought Berlin more readers in the first two weeks of its publication than all her previous books combined.

In the publicity around her re-marketing, much is made of Berlin’s vast life experience – for her work is filled with rare and precious insights gleaned from the many different lives she led: hospital worker; alcoholic; broke mother-of-four; glamorous teenager; neglected child; intimidated teacher; and, of course, sardonic and compassionate cleaning lady. All of these characters are firmly rooted in the details of their material existence and could not have been written without intimate knowledge.

After Berlin’s death, her son called his mother’s work “true stories, not necessarily autobiographical, but close enough for horseshoes”. The collection is made up of first-, third- and even second-person narratives, with a cast of characters who recur from different perspectives. Carlotta is the alcoholic; Bella Lynn a glamorous cousin; the eldest son is always Ben, and the younger sister, Sally.

When, in fiction or auto-fiction, the unified person of the author becomes discernible, reading can become painfully conspicuous, embarrassing. But this is not the experience of reading Berlin’s work.

While there can be no doubt as to the autobiographical element to her stories, the author is less concerned with explaining herself than with explaining the world through the particular standpoints she has occupied. Because the standpoint is always stated, the stories are never alienating.
The reader is not allowed to ignore the position of the author, and it is this awareness that makes the stories heartbreakingly real, at times hilarious, and, too often for comfort, unbearably moving.

Berlin’s refusal to write out the role of the author is not an act of ego; on the contrary, it is a way of decentring the narrative. The stories are not autobiographical accounts, but work that is enriched by its meta-fictive elements. Through awareness of the mechanics, Berlin creates a truer way of telling stories.
One of the collection’s most understated and powerful pieces, “Point of View”, opens with a stark insistence on reader awareness: “Imagine Chekhov’s story ‘Grief’ in the first person . . . we would feel embarrassed, uncomfortable, even bored.”

Another story describes the handyman’s “pong” as “madeleine-like for me”. “Me” might not be Lucia Berlin per se, but we are reminded that the authorial voice is Proustian – the writerly perspective not separate from life, but inwrought with it.

In “Mijito” – a story baffling in its balance of cool practicality and emotional intensity – the mute truth of a neglected baby can only be approached through multiple angles, the tiny horrors of daily lives made all the more poignant by their simultaneity with the lives of others.

The nurse in “Mijito” is a character mapped onto the author’s own experience working in hospitals – but it is the author, not the narrator, who matters. The narrator tells us, “when I see women with that look I want to slap them”, and then the author shows her, and us, what happens when women “with that look” are slapped for the crime of being a victim.

“Mama”, is a story about storytelling. The narrative act is used to rewrite the family’s emotional heritage for a dying sister. By altering the perspective, choosing some details over others, the narrator is able to write their abusive mother into a figure of pathos and comedy, dispelling the oppression of tragic lineage, and allowing her sister the reconciliation she needs.

A Manual for Cleaning Women brings together more than half of the stories ever written by Berlin.

At first this collection seems too long for one volume. There are recognisable thematic and biographical strands, and, categorised by theme or chronology, the stories could have made three slimmer volumes, each with its own coherence.

But as the collection goes on, it becomes clear that it is not one of those “best of” omnibus collections, a mash in which something is lost. These stories are carefully and lovingly organised. They should be read in order of appearance, because there is a kind of genius to their arrangement. The themes, the characters, the places begin to resonate beautifully throughout, and ricochet into a wholeness all its own.

When You Know You Know

In recent decades, the short story is often lamented as an under-recognised, dying form. Of course this kind of discourse sends the short story swinging in and out of fashion, and lends it a sort of literary cachet.

A Manual for Cleaning Women is the perfect antidote to any such agonising. Berlin’s stories are fiction and autobiography, their length ranges from half a page to officially too long, they are full of happenings and full of stasis, and they are, undoubtedly, the real deal. As with all definition-evading wonders, when you know, you know.
A Manual for Cleaning Women by Lucia Berlin (Picador, September 2015)