Jean-Claude Carrière: 'If you want fame, don't be a screenwriter'

Jean-Claude Carrière: 'If you want fame, don't be a screenwriter'


Legendary French writer Jean-Claude Carrière has crafted strange, wonderful films with directors from Buñuel to Godard. He talks here about the art of creating cinematic enigmas

Jean-Claude Carrière welcomes me into the former gaming house and den of iniquity that he has called home for nearly half his 80 years; the 19th-century building stands in a sun-dappled Parisian courtyard. It's a glorious afternoon, and I apologise for being so demonstrably English in remarking on that fact, but the legendary screenwriter – tall, with salt-and-pepper stubble and warm, alert eyes – waves away my words. "Why shouldn't we discuss it?" he chuckles. "At least everyone can agree on the weather." Imagine the sense of social rupture if they didn't. "I have a little of that," he confesses, settling into an armchair in a high-ceilinged living room where wooden sculptures stand guard over Persian rugs. "Coming from a farming family in the south, rain to me is beautiful. All my youth, I heard my father saying: 'Oh, it is so dry.' When I hear the forecast is rain, I say to the radio: 'Nice weather.'"

That is typical Carrière. As demonstrated by an upcoming season of his work at London's BFI Southbank, his speciality is the subtle reversal, the perverse but straight-faced switcheroo. He is most highly regarded for his six films with the surrealist visionary Luis Buñuel, but his subversiveness outlasted that collaboration. In the 1986 oddity Max Mon Amour, for example, a diplomat's wife falls in love with a chimpanzee. In Birth, a 10-year-old boy claims to be the reincarnation of a woman's dead husband; she is won over and plans their future together. Carrière's approach to factually based film is no less unconventional: Milou in May addresses the upheavals of May 1968 from the unlikely vantage point of a bucolic village far from Paris; Taking Off examines the hippy counterculture as it affects parents rather than their rebellious offspring. He is a master of the cinematic enigma – it was Carrière who advised Michael Haneke to prune some explanatory material from The White Ribbon to intensify that picture's enigmas. (It's a nice in-joke that Abbas Kiarostami's Certified Copy features Carrière as the only character whose words can be taken at face value.)
I don't think he could do things by the book if he tried. When a work of literature is deemed unfilmable, he will be the one to take a crack at it, from The Tin Drum and The Unbearable Lightness of Being to Proust (Swann in Love) and The Mahabharata (which Carrière adapted in a nine-hour stage production for his long-time collaborator Sir Peter Brook). 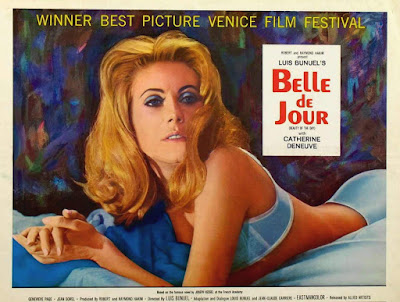 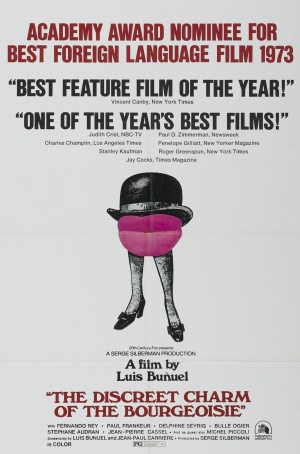 Aren't they all? There is The Discreet Charm of the Bourgeoisie, the Oscar-winning masterpiece of frustration and deferral in which a group of friends fails repeatedly to sit down to a meal together. Or The Phantom of Liberty, a relay-race of warped sketches that Carrière calls "the most daring of all the films we made". That picture also contains his favourite scene from his work with Buñuel: a couple attends a police station to report their daughter missing, all the while accompanied silently by the child herself. "Several people told us afterwards that we captured that feeling where sometimes your child seems to be there when she is not, or seems not to be when she is. You write something, you give it to the audience, and you never know what they will do with it. Even we were not sure what we had done."


Carrière was 32, and already an Oscar-winner (for Heureux Anniversaire, a short film made with his friend and mentor Pierre Étaix), when he was chosen by Buñuel in 1963 to co-write Diary of a Chambermaid. "I realised I wanted to love his ideas so much that I was in danger of agreeing to everything," he recalls. Trying to find a way to spruce up a dinner-table conversation scene, Buñuel suggested that the camera might follow a woman's hand as she reaches below the table to feed a wild boar idling at her feet. "I said: 'I love it! What an image!' But Buñuel said: 'How stupid. Don't you realise that from this moment, the audience will wonder only what is going to happen with the wild boar? The rest of the scene no longer exists.'" He set you a trap. "I think he did," Carrière smiles admiringly
The partnership thrived. They would spend several months at a time in a hotel in Toledo, Spain, doing nothing except writing, eating, drinking and telling one another stories. "Sure, we fought. That is normal. If not, you go to sleep. Sometimes I had to help him to be Buñuel. Every original artist has a tendency to want to be who he is not from time to time, so when he rejected some strange ideas I proposed, I would have to persuade him to be more like Buñuel. But how we mixed together is impossible to say. One started an idea, the other finished it."
Carrière would figure prominently on any Venn diagram of the history of cinema, having worked also with Godard, Malle, Ôshima, Tati and Wajda. His attitude to these masters, and to his own role, remains consistent. "My job is to help the director find the reasons why he chose this film," he says. "Sometimes he doesn't know."

The British film-maker Jonathan Glazer brought Carrière the idea for Birth, and worked with him on it for 18 months. "Jean-Claude enjoys the fact that the work is spawned by the relationship between the writer and the director," Glazer tells me. "It's not like: 'I'll write the script and you direct it.' It's more like: 'Well, what film do you want to make? What are we doing in this room together?' He has a remarkable feel for that indefinite space you want to get to."
Every director approaches the screenplay differently. "Godard doesn't like a script," says Carrière. "He likes to talk a lot but also to have some pieces of dialogue in his pocket just in case. Buñuel liked everything to be in the script except the technical. The word 'camera' was prohibited. That was his work." Carrière has described a screenplay as a cocoon that is discarded once the real film emerges. "If you want fame, and a beautiful statue made of yourself, don't be a screenwriter. The writer disappears. He works in the shade."
It's easy to see parallels with Cyrano de Bergerac, composing odes for his rival in love to recite (Carrière scripted the 1990 adaptation starring Gerard Dépardieu), or with the lot of the ghost-writer. (Yes, Carrière has done that too: he ghosted Buñuel's autobiography, My Last Sigh.) There is, he says, an advantage to the semi-invisible life. "A film-maker can't do other things without having that 'director' tag. But a screenwriter can do anything." 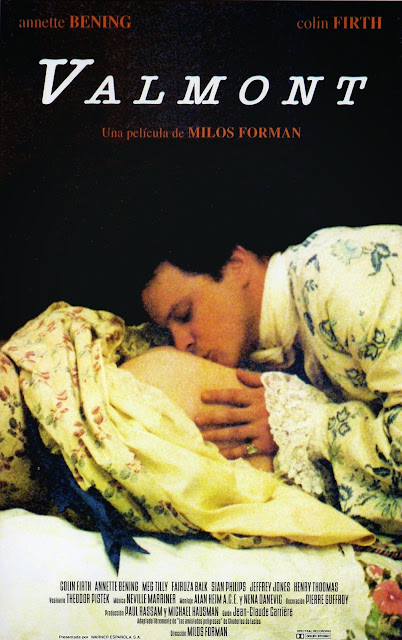 Carrière is living proof. If you want some idea of his scope and erudition, take a look at the subjects we don't get around to discussing: his operas, his books with the Dalai Lama, his Robinson Crusoe TV series, his published conversation with Umberto Eco on technology and literature (This Is Not the End of the Book), his presidency of the film school La Fémis, his work in the field of science. About the creative process, though, he is wonderfully expansive.

"When a good idea occurs, it has been prepared by a long time of reflection. But you have to be patient. We all have what I call the invisible worker inside ourselves; we don't have to feed him or pay him, and he works even when we are sleeping. We must be aware of his presence, and from time to time stop thinking about what we are trying to do, stop being obsessed about answers, and just give him the room, the possibility, to do his work. He is tenacious, you see. He never loses hope."
THE GUARDIAN