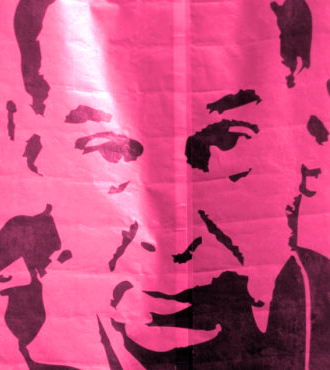 The Death of Virgilio Piñera

The only true writer of the people left in Cuba, Virgilio Pinera, died a different death.


The death of Virgilio didn’t come swiftly or easily either. He was in his small flat in Havana and he felt ill. Somehow he managed to phone for an ambulance, but it took three hours for the ambulance to come. Paperwork. A police state is primarily made of forms to be filled in and out. When the ambulance arrived, they found him downstairs, lying in the street, already dead. Alejo Carpentier, who wanted a heart attack, was almost eighty when he died. Virgilio Pinera, who didn’t want any heart attacks, was 68. Carpentier’s funeral was stately, pompous. Virgilio’s funeral was another play of the absurd by himself. Rumour spread (in socialist countries, rumour runs, Party news crawls – and a running rumour is always trustworthy) that Virgilio had died. He was to lie in state in a humble funeraria. There was a small group of writers, his old friends and a bevy of young writers who looked queer – and queer they were. Virgilio had been their only true teacher, their mentor, their master in the gai savoir. There were fast-fading flowers and there was even a wreath from the Writers’ Union, with no inscription.

There was everything you need for a funeral – except the body. Some people remembered having seen it very late the previous night. It had disappeared, though, taken away in the early morning. The explanation for sneaking Virgilio’s body out was that he needed a second autopsy. Virgilio needed a second autopsy like he needed a hole in the head. He had died of cardiac arrest, everybody knew that. The real reason why the body disappeared as in a cheap thriller by Agatha Christie was that the Government (or the Writers’ Union) feared a crowded funeral parlour, followed by a wake, finished with a riotous funeral procession. The body was bought back from the cold half an hour before the time the funeral procession was to take place – though the funeral procession never took place. Instead of driving the hearse at a walking place (the custom in Havana, where funeral homes are never very far from the cemetery), as befits a decent funeral procession, the driver, following orders from the Writers’ Union (or from the Government), sped away, as if he were racing in Le Mans, to elude any camp followers. But the disciples, a new school of Cuban queers, even newer than the school of Arenas, chased the hearse in cars, on bicycles and even on foot, running and grieving: ‘Ay, Maestro, alas! You are being spirited away now but your spirit will remain with us!Virgilio vive!’

But Virgilio Pinera was dead as a doornail, and his body is still in his tomb (or must be) at the Colon Cemetery, one of the most sumptuous graveyards in the Americas, even bigger than the famous Recoleta in Buenos Aires, where Borges longs to be buried to dream that he is dead. Knowing the regime, I’m sure that Virgilio has been buried not in the Patriots’ Pantheon but in what you could call a pauper’s grave – though there are not supposed to be any pauper’s graves in the land of socialism. All socialist dead are buried equally, but some are buried deeper. This doesn’t pain me at all, because it wouldn’t have bothered Virgilio in the least where his body lay to rest.

It is Pinera’s writings that will live, twist and giggle for ever. I am truly worried about what happens to his body of work. I know that he will soon be out of print in Cuba and never be printed again. What was left unpublished remained for a while in his furnished flat, its door sealed by State Security, illiterate agents so strangely concerned with writers and their writings. His old flat will have new, anxious tenants ready to move in, eager to clean out, All the papers found there – Virgilio’s last literary will and theatrical testament – will be put in a cardboard box and buried in one of the secret sections in the basement of the State Security building. That place, where Reinaldo Arenas’s unpublished novels ended, is known by the State Security men who deal with Cubans of a literary leaning and a subversive bent (political, aesthetical, sexual) as Siberia. This long, rambling article is an effort to show it all – the cellar, the State Security building, Havana and the island – as Siberia-in-the-tropics.

But I often wonder. Why was Virgilio so eager to kiss Cuban soil that he missed?

Posted by Ficciones at Thursday, November 19, 2015