Patricia Highsmith / The Invalid, or, The Bed-Ridden 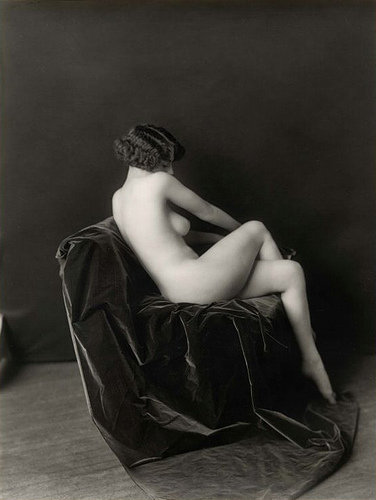 Patricia Highsmith
THE INVALID, OR, THE BED-RIDDEN

She had suffered a fall while on a skiing holiday at Chamonix with her boy friend some ten years ago. The injury had something to do with her back. The doctors couldn’t find anything, nobody could see anything wrong with her back, but still it hurt, she said. Actually, she was no sure she would get her man unless she pretended an injury, and one acquired when she had been with him. Philippe, however, was quite in love with her, and she need not have worried so much. Still, hooking Phillipe very firmly, plus ensuring a life of leisure – not to say flat on her back in bed, or however she chose to lie comfortably, for the rest of her life – was no small gain. It was a big one. How many other women could capture a man for life, give him nothing at all, not even bother to cook his meals, and still be supported in rather fine style?
Some days she got up, mainly out of bedroom. She was sometimes up when the sun was shining, but not always. When the sun was not shining, or when there was a threat of rain, Christine felt terrible and kept to her bed. Then her husband Philipe had to go downstairs with the shopping net and come back and cook. All Christine talked about was ‘how I feel’. Visitors and friends were treated to a long account of injections, pills, pains in the back which had kept her from sleeping last Wednesday night, and the possibility of rain tomorrow, because of the way she felt.
But she was always feeling rather well when August came, because she and Philippe went to Cannes then. Things might be bad at the very start of August however, causing Philippe to engage an ambulance to Orly, then a special accommodation on an aeroplane to Nice. In Cames she found herself able to go to the beach every morning at 11 a.m., swimming for a few minutes with the aid of water-wings, and to eat a good lunch. But at the end of August, back in Paris, she suffered a relapse from all the excitement, rich food, and general physical strain, once more had to take to bed, her tan included. She would sometimes expose tanned legs for visitors, sigh with memories of Cannes, then cover up again with sheets and blanket. September heralded, indeed, the onset of grim winter. Philippe couldn’t sleep with her now – though for God’s sake he felt he had earned better treatment, having worked his fingers to the bone to pay her doctors’, radiologists’ and pharmacies’ bills beyond reckoning. He would have to face another solitary winter, and not even in the same room with her but in the next room.
‘To think I brought all this upon her,’ Philippe said to one of his friends, ‘by taking her to Chamonix.’
‘But why is she always feeling quite well in August?’ replied the friend, ‘You think she is an invalid? Think again, really, old man.’
Philippe did begin to think, because other friends had said the same thing. It took him years to think, many years of Augusts in Cannes (at an expense which knocked out the savings of a whole eleven months) and many winters sleeping mainly in the ‘spare bedroom’, and not with the woman he loved and desired.
So the eleventh August in Cannes, Philippe summoned all his courage. He swam out behind Christine with a pin in his fingers. He stuck a pin in her water wings and made two punctures, one in each white wing. He and Christine were not far out, just slightly over their heads in water. Philippe was not in the best of form. Not only was he losing his hair, of no importance in a swimming situation, but he had developed a belly, which might not, he thought, have come if he had been able to make love to Christine all the past decade. But Philippe tried and succeeded in pushing Christine under, and at the same time had some difficulty in keeping himself afloat. His confused motions, seen by a few people finally, appeared to be those of a man trying to save someone who was drowning. And this of course was what he told the police and everyone. Christine, despire sufficient buoyant fat, sank like a piece of lead.
Christine was absolutely no loss to Philippe except for burial fees. He soon lost his paunch, and much to his own surprise found himself suddenly well-to-do, instead of having to turn every penny. His friends congratulated him, but politely, and in the abstract.
They couldn’t exactly say, ‘Thank God, you’re rid of that bitch,’ but they said the next thing to it. In about six months, he met quite a nice girl who loved to cook, was full of energy, and she also liked to go to bed with him. The hair on Philippe’s head even began to grow back.

Posted by Ficciones at Wednesday, December 28, 2011