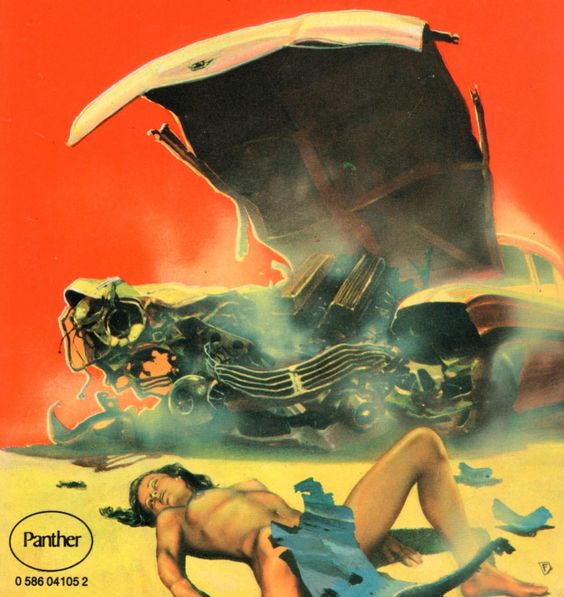 John Crace ploughs into the still controversial tale of fetishised collisions, so you don't have to. It's been somewhat toned down, believe it or not, but remains highly unsuitable for almost everyone. You have been warned 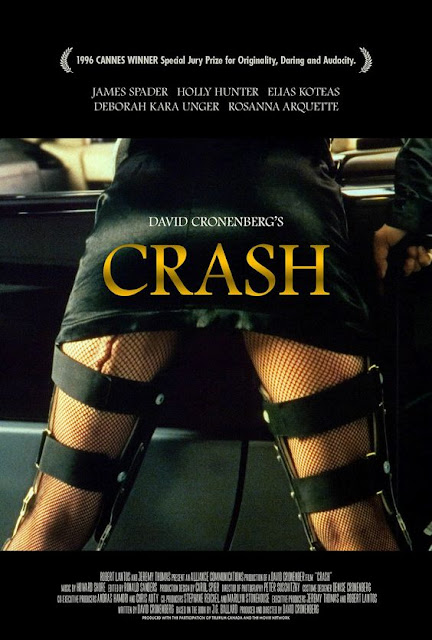 V
aughan died yesterday in his last car-crash. Driven on a collision course towards the limousine of the film actress, Elizabeth Taylor with whom he had dreamed of dying for so long, his car jumped the rails of the London Airport flyover and plunged into a bus of tourists.


As I knelt over Vaughan's body, I remembered the vision he had had of her death; compound fractures of the thighs impacted on the handbrake mounting, wounds to the genitalia, her uterus pierced by the heraldic beak of the manufacturer's marque.
Before his death, Vaughan had taken part in many crashes, where blood had spilled from open wounds while semen jerked from his mutilated penis and the seats were smeared with excrement. For him the car-crash and his sexuality were fused into a techno-erotic dystopia of twisted metal, punctured lungs and natal clefts drenched in blood and rectal mucus. I guess you get the picture.
I began to understand the sexual excitements of the car-crash for myself when I first met Vaughan shortly after coming out of hospital. I had been admitted with multiple fractures to my legs after my car had hit the central reservation of the Western Avenue and hit a saloon travelling in the opposite direction, instantly propelling the driver through the windscreen and into the path of a lorry which crushed his torso under its wheels, leaving his wife catatonic by the wayside. 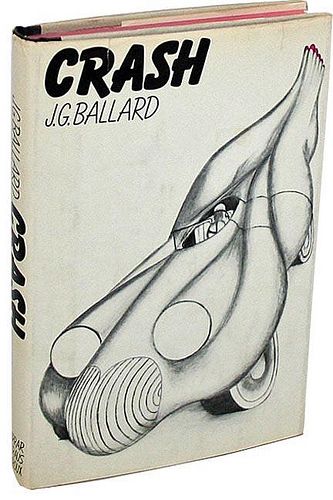 For many weeks I had lain in the empty ward that was normally reserved for air-crash victims at Ashford Hospital, squeezing the pus from my wounds and trying to stir my penis into life. From time to time my wife Catherine would visit, She worked at the airport and I could smell the rancid semen of the many airline pilots she would take as lovers on her fingers.
"Tell me about your encounters," I would ask as she idly gave my penis a Chinese burn.
"I had 10 men penetrating me inside the silver phallic fuselage," she would say, yawning, before tearing open my stitches. I bit off her nipples and my penis jerked into life, entering her natal cleft still sticky with the other men's stale ejaculate. We rutted a while, looking out of different windows, before petering out in a tired orgasm. 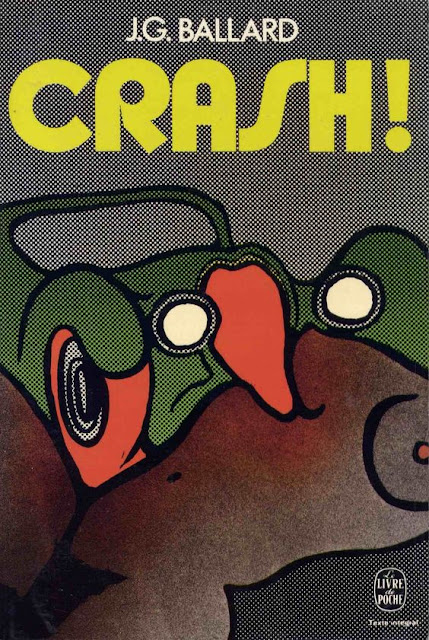 "This isn't working, James," she said.
"I know," I replied. "But I'm only any good at creating dystopian worlds. I can't do character development so we're resigned to pretty much repeating the same kind of pointlessly shocking sexual behaviour for the next 150 pages."
My head spun with graphic images of bowels opened by chromium tail-fins and clitorises severed on instrument binnacles etc, etc in the days before I went home. "There's some man watching me," I said while Catherine lubricated my penis with engine coolant as I slit her perineum to make a single orifice in which to insert a carburettor.
"They sure as hell aren't reading you any more," she replied, as pitiful globules of semen dripped from my glans.
Within days of getting home, I rented a car identical to the one in which I had nearly died. And once Catherine had left for the airport to have sex with 93 masked BOAC pilots, I took Renata, an assistant with whom I had been having an affair at the advertising agency where I worked, for a drive.
"Oh Mr Ballard, Do you really think Elizabeth Taylor will appear in one of our car ads?" she enquired.
I smiled as I saw a look of bemused recognition cross the readers' faces as they realised that I was a meta-fictional persona of the author. Satisfied that I was now in a work of cutting edge postmodernism rather than a one-dimensional X-rated piece of sci-fi, I gunned the accelerator and steered the car out of my suburban Shepperton semi on to the Western Avenue. As we reached the roundabout where I nearly died, I placed Renata's hand on my scarred thighs, while forcing my fist into her natal cleft, both juddering with excitement as we orgasmed simultaneously as the car sideswiped a cyclist. 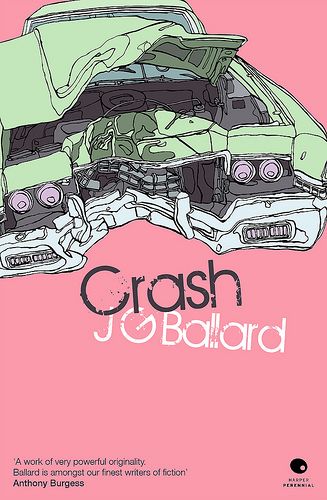 "There you are, Mr Ballard," said the man who had been following me. "I'm Vaughan. I'd like your help in meeting Elizabeth Taylor."
Vaughan took me to a yard full of tangled car wrecks. In one corner, with the help of a stunt driver named Seagrave and a crippled woman called Gabrielle, Vaughan had staged re-enactments of the crashes in which James Dean and Jayne Mansfield had been killed. All the car seats were coated with thick layers of semen and vaginal mucus. Also at the scene was Helen Rimington, the widow of the man I had killed. Wordlessly she got in my car, and as we approached the scene of an accident where five babies had been thrown through the windscreen with another impaled on the instrument binnacle, she allowed me to sodomise her vigorously etc, etc.
I felt as if I was chained to treadmill. My prose had limited itself to merely repeating phrases, such as "natal cleft", "instrument binnacle", "stale semen" and "severed clitoris" as the plot stagnated in a pool of putrid bodily fluids, minatorily extruded through disfigured orifices.
"You seem to have forgotten you are a cog in a powerful exegesis on how normal sexual relations become alienated by the cold steel of technology," Vaughan said.
I had to confess I hadn't been aware this was necessarily that interesting or valid an idea, but such was the spell under which Vaughan had put me that first I took Gabrielle for a drive, forcing my erect penis deep into the scar tissue on her legs as we ran over 12 pedestrians on a zebra crossing. And then, after I had told Vaughan that Elizabeth Taylor had withdrawn from negotiations for the advert, I allowed him to brutalise two airport whores in the back of my car before consenting to let him sodomise me as we drove on to the runway and ploughed into a jumbo jet.
Returning home with Vaughan's semen still flowing from my anus, I found Catherine in a state of trauma. Earlier that day Vaughan had strapped her to the bonnet of a sports car and repeatedly forced a pilot to penetrate her natal cleft with the nose cone of his aircraft, while he had sex with the decomposing bodies of women who had died in a multiple car crash the week before. On dropping Catherine home, he had stolen our car and tried to run her over.
I knew then he was in danger of losing his mind and it was no surprise to find him a week later, lying dead in a twisted heap of sheared metal and semen after his failed attempt to drive his car into Elizabeth Taylor's. But as I wiped his semen on to my own penis, I was already designing my own next car-crash. Of a novel.
THE GUARDIAN