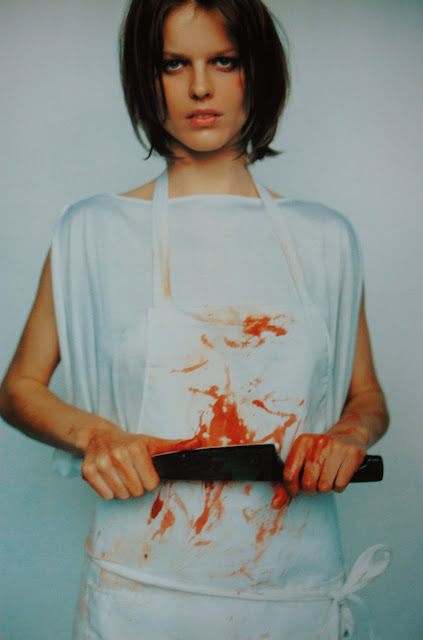 A
t the time, Eva Herzigova represented Wonderbra, which stood for exuberance, glamour, excess. But just because she could do glamour well didn't mean she couldn't do anything else. My reaction was: let's make her look the extreme opposite of what she is meant to look like. People were also seeing me as the person who had done Gucci, which is sexy, and this picture is completely the opposite. So it's saying: don't limit me. 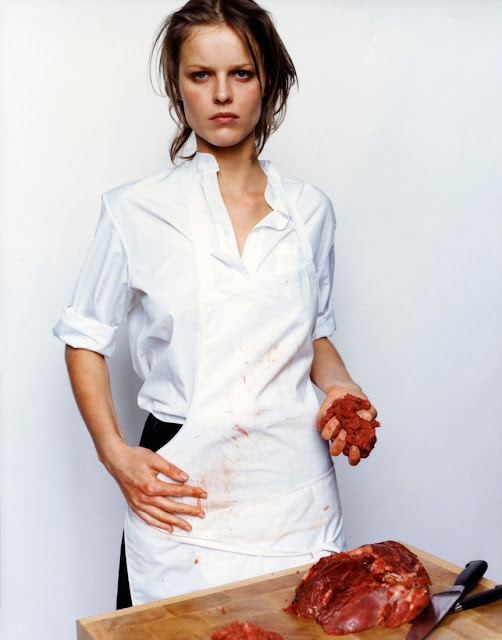 The shoot took place one day at a studio in Paris. We bought a lot of blood from the butcher down the road - and we kept on bringing more. It was a disgusting experience, because of the stench, but Eva was a total sport. Blood also goes brown pretty quickly, so we had to work quite fast. We did eight pages with Eva as a butcher, but this image always grabbed my attention - I don't know why. 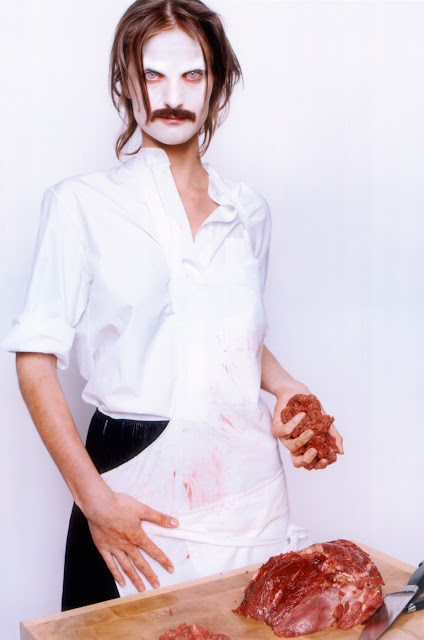 It's a daylight picture, with all natural light. I used a Pentax 67. I can't remember the film - probably a Kodak 400 ASA colour negative. In this case, the picture had to be as raw as possible, so it probably had no retouching.
The photograph represents a period in my fashion work I am very attached to. It was one of a series of pictures I did in 1997 with Carine Roitfeld, now editor-in-chief of French Vogue, which wasn't about the photography itself, so much as the content. 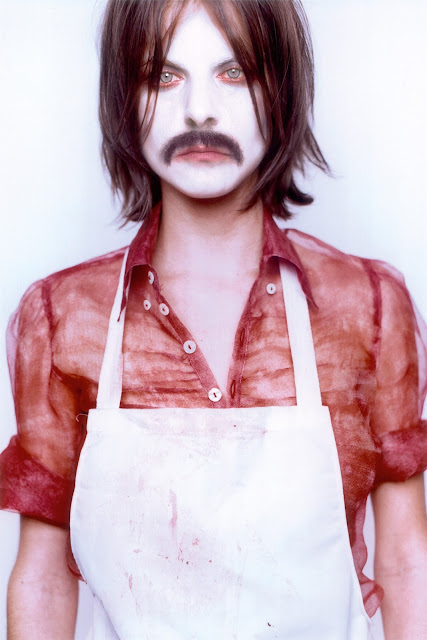 There are never any absolutes in the fashion business: one day you may like black and the next day you like colour. I think it's a good lesson that we should never believe too much in any one thing - because the next day it's out, and if we're stuck to it, we're out, too.
THE GUARDIAN

Posted by Ficciones at Thursday, November 16, 2006