Modern audiences know the formidable Riva as the stroke victim in the heartwrenching Amour, but she made her name in the French new wave with powerfully sexual performances
Peter Bradshaw
Saturday 28 January 2017 11.34 GMT 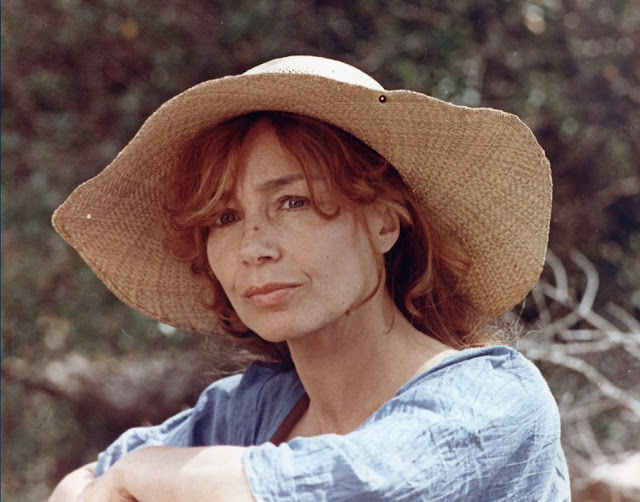 In her 80s, Emmanuelle Riva became an icon for world cinema all over again in the 21st century, playing the retired music teacher Anne in Michael Haneke’s Amour, a devastating study of old age. In a terrifying early scene, Anna appears to suffer a moment of catatonic paralysis, a kind of intensified transient ischemic attack: the chilling forerunner to a stroke.

To the astonishment and panic of her devoted husband Georges (Jean-Louis Trintignant) she is as still and calm as a statue, her face eerily resuming the beatific beauty of her youth. The moment was also captured on the poster. And afterwards – even more disturbingly – she carries on as normal pottering about the kitchen, remembering nothing.

Riva’s performance as Anne also showed other things: her courage as her condition declines, her formidable personality as a musician, her heartwrenching desire never to be put in a care home, and then her calm determination as she tacitly cedes to her poor husband the terrifying responsibility of deciding when and how to carry out euthanasia when the situation becomes unbearable.
But Riva became an another type of icon in earlier era – the age of the New Wave. She was the image of pure contemporary sexiness as the beautiful, unnamed female character in Alain Resnais’s Hiroshima Mon Amour (1959) who in long, ruminative dialogue scenes about love, memory and loss talks with her Japanese ex-lover (Eiji Okada) about the decline and fall of their relationship – boldly bringing in parallels with Hiroshima. Has the movie aged well? It certainly is of its time and its vehement, earnest alliance of the personal and the political – and the sexual and the ideological – is a kind of high-minded talky cinema that is difficult to imagine getting produced now.

She was also a powerful presence as the concentration camp inmate in Gillo Pontecorvo’s disturbing and controversial drama Kapò (1960), a film which was in some ways an augury of the Holocaust drama Son of Saul (2015).
But her greatest role of this era is in a film which deserves to be much better known: Jean-Pierre Melville’s superb Leon Morin Priest (1961); a film which, like Hiroshima Mon Amour, incidentally recalled the phenomenon in liberated Franceat the end of the war of shaving the heads of women who were thought to have slept with Germans – a misogynist pathology, as the menfolk were eager to forget their far more serious administrative collaboration with the Nazi authorities.

Set near the Alps during the occupation, Leon Morin Priest shows a discontented, angry widow played by Riva. She is a communist and atheist and one day goes to confession, purely and simply to pick a quarrel with the priest – and this is Morin, an excellent performance from Jean-Paul Belmondo. Instead of the reactionary bluster she is expecting, this calm, thoughtful figure engages her in conversation and of course she falls passionately in love with him. It is a really sensual and sympathetic performance from Riva, as she becomes addicted to this extraordinary young priest who captures her heart with his own tales of childhood unhappiness. But he remains a man of the cloth and a celibate. It is an extraordinary moment when Riva has to go to confession again – to ask forgiveness for having tried to seduce him.
Watching Amour and Leon Morin Priest are excellent ways to remember this great movie star.