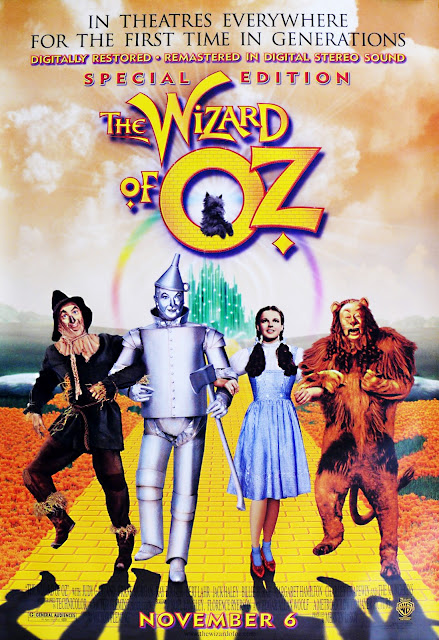 The Wizard of Oz


I
n America they show The Wizard of Oz every year around the holidays. Before you could rent the movie any time you wanted, watching it was almost an annual event. I loved the Cowardly Lion and the Tin Man but I was never a little girl to pretend to be Dorothy. It was the idea of another world existing beyond our own that appealed to me, and I loved going to magical places like these in my imagination.

There were a couple of other movies that helped me to do that as well – the original Willy Wonka & the Chocolate Factory, Chitty Chitty Bang Bang, Bedknobs and Broomsticks – but The Wizard of Oz was the main one that inspired me in my life, because after watching that film I read Judy Garland's autobiography and then started reading the life stories of the other actors in movies I liked.
I read Garland's book when I was in the fifth or sixth grade, when I was 10 or 11. It said: she's an actress, she had an agent, she went to Hollywood and she was discovered at an audition. I thought: Oh! That's how you do it! It took reading that for me to put two and two together and realise that the stuff in the movies wasn't just some distant world that existed and was somehow filmed and ended up on the TV; it was actually a job you could get.
I knew then that that was the job for me. I wanted to go to the Land of Oz, and meet the Cowardly Lion and all those creatures, I wanted to be able to fly, all that stuff. Once I realised that might actually be possible, I started pursuing it. The film still inspires me now, for sure. I will always be in love with movies like The Wizard of Oz. Such a wonderful way to ignite your imagination.
A Closed Book, starring Daryl Hannah and Tom Conti, is out now on DVD
THE GUARDIAN