The Enduring Allure of Isabelle Huppert 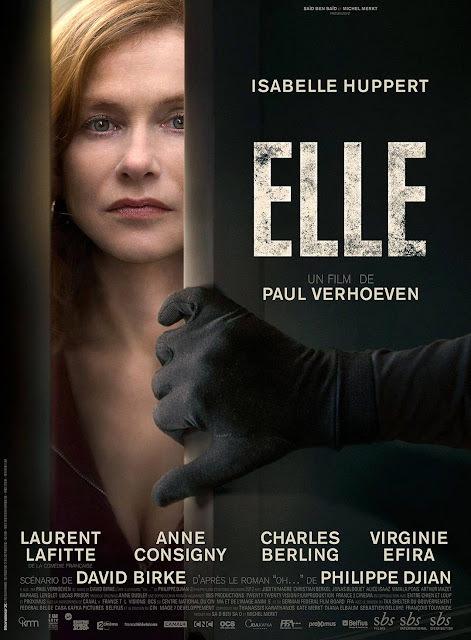 
are morally complex and sometimes hard to watch.
And yet we can’t bring ourselves to look away.

There are two unexpected orgasms in “Elle,” the latest film by Paul Verhoeven, and both are achieved by Michèle, played by the French actress Isabelle Huppert as only Isabelle Huppert could play her. Michèle is a successful, no-nonsense video-game executive, daughter of a jailed serial-killer father and a sex-obsessed cougar mother, ex-wife of a failed writer, mother to a useless son and, above all, a woman who gains mastery over her rapist by finding her own pleasure in the horrifying act. If there is another actress working today who could have pulled off this role, who could have dignified, deepened and brought humor to it, I can’t think of whom it might be. 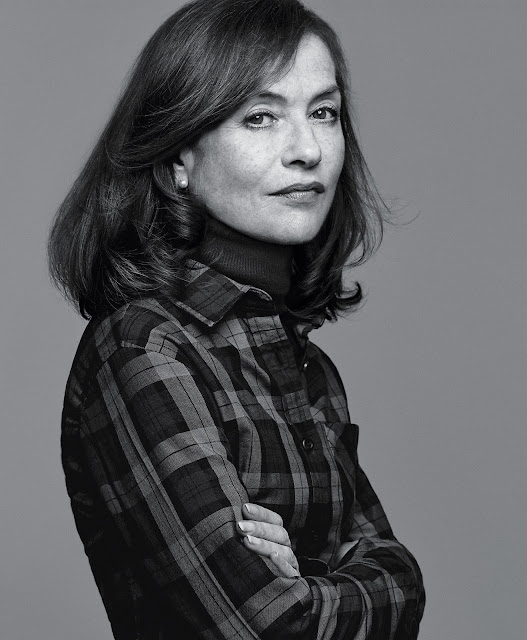 But first, let’s be clear: “Elle” does not glorify or justify rape. It does not send the message that victims shouldn’t call the police and should instead invite their rapists over for a family dinner, as Michèle does. The film, a fast-paced, genre-bending comeback for Verhoeven, the Dutch provocateur behind “Basic Instinct” and “RoboCop,” is, above all, a vehicle for Huppert to deploy everything — everything — in her formidable acting arsenal. Susan Sontag, who once called Huppert “a total artist,” said she had never met “an actor more intelligent, or a person more intelligent among actors.” When I saw “Elle,” I understood what she meant

There is something intrinsically European in the murky, morally complicated terrain of “Elle.” Verhoeven had wanted to shoot it in Hollywood, but five or six American actresses turned down the role, probably, he thought, because the film doesn’t turn into a classic revenge narrative. That didn’t concern Huppert, an actress whose characters have dabbled in incest (“Ma Mère”) and sadomasochism, most notably in 2001 in Michael Haneke’s “The Piano Teacher.” (Huppert has been called France’s Meryl Streep for her technical skill, but for all her shape-shifting, Streep’s strongest women have never gone so dark.)

Huppert’s résumé is remarkable: more than 100 films since her debut in 1971, for many of cinema’s most audacious visionaries, including Claude Chabrol, Claire Denis, Curtis Hanson, Hal Hartley and François Ozon. This fall, in addition to “Elle,” Huppert stars in “Things to Come,” a wistful, funny drama by the French director Mia Hansen-Love. She plays Nathalie, a Parisian philosophy teacher whose husband leaves her for a younger woman, whose mother dies, whose publisher won’t reissue her book — and yet, who finds unexpected freedom in all of these losses. Nathalie heads toward the light and Michèle toward the dark, but both roles showcase Huppert’s great ability to derive power from vulnerability.


A Guy Bourdin photograph of the actress in 1989.
Credit©Estate of Guy Bourdin/Art & Commerc

I met Huppert in the lobby of a hotel in Lyon, where she was shooting “Madame Hyde,” a loose reinterpretation of “Strange Case of Dr. Jekyll and Mr. Hyde” and her fifth film production this year. She was casually dressed, in jeans and a T-shirt, and very slight. To get to her room, we walked — or rather raced, at her rapid clip — up four flights of a wide stone staircase. In the room, she positioned herself on a blood-red divan; even sitting still she exuded energy, like loose electrons spinning around a solid core. We started talking about “Elle,” and she told me her approach to playing Michèle. “I had no understanding of the character as I was doing it,” she said, the movement of her hands releasing a cloud of Chanel No. 5. “But I think that’s the substance that she is made of.” It was by not fully comprehending the character that she was able to avoid making her into a caricature. It worked, she said, because “I’m not sure Michèle decides anything. It’s by instinct, intuition. It’s almost blind.” 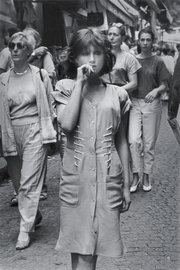 Huppert walking in the streets
of Montmartre, Paris, in 1985.

What directors love about Huppert — and she prides herself on being an auteur’s actor — is her ability to convey moral complexity in the most unique ways. After being raped, Michèle eventually unmasks her attacker. When she sees the man the next day, she looks neither agitated nor surprised; she is alert and on her guard, but also calm. As Michèle, and in many other roles, Huppert can transmit self-awareness. She gives the impression of observing herself at the same time that we, the audience, are observing her. “That’s the beauty of it. She’s discovering it as she goes, and is not afraid to feel that,” Verhoeven said when we spoke. “I think there is always a mystery to her acting,” he added. “I have never seen an actor or actress add so much to the movie that was not in the script.”


Verhoeven said the last scene they shot was one in which Michèle is admonishing a roomful of her video-game company employees, almost all of them younger men. “The orgasmic convulsions,” she complains of a violent sex scene between a monster and a woman, “are way too timid.” As soon as the camera stopped rolling, Huppert collapsed to the floor, writhing as if she were shedding the character like a cocoon. It shocked everyone on set. “I’ve never seen anything like that,” Verhoeven said. “It was so clear that there was an exorcism.”

Verhoeven described Huppert as a “pure Brechtian actor,” in that she puts distance between herself and the audience, without trying to seduce it or seek its sympathy. It’s a quality that European directors and audiences have embraced, but which can seem more foreign to Americans. Still, she has done some remarkable work in the United States, most notably in Michael Cimino’s now-cult-classic “Heaven’s Gate” and in David O. Russell’s “I Heart Huckabees,” which could be viewed as the comic answer to her tortured role in “The Piano Teacher.” In one scene, she thrusts Jason Schwartzman’s head into the mud, shortly after she’s told him: “It is inevitable that you are drawn back in to human drama, desire and suffering.” (He then shoves her head in the mud and they have sex on a fallen tree.)

Huppert loves American cinema, but she also knows her sensibility is distinctly French. “Sometimes I see American performances and I say to myself, They’re missing something, a point, just to dare to be nothing,” she said. “A sense of what it means to listen, what it means to have a blank face.”

Or to react with ambiguity rather than with what is expected. She mentioned a scene in “Things to Come,” when her character catches a glimpse of her husband with his new girlfriend out the window of a Paris bus; Huppert, as Nathalie, lets out a surprised laugh.

I asked Hansen-Love what she thought draws Huppert to the roles she chooses. “Isabelle has this addiction — it’s a form of addiction,” she said. It’s something “we share, and it’s essentially the relationship she has with acting — to throw herself into it completely, to get lost in roles in order to better feel herself alive.”

Huppert is known for her privacy and reserve — she generally doesn’t talk to the press about anything other than her films — and if there’s a connection between her autobiography and the roles she chooses, that’s something that only she knows. She grew up in a wealthy suburb of Paris, the youngest of five children. Her mother encouraged her to act, and enrolled her in the conservatory when she was 14. Her father manufactured safes, an irony she acknowledged. “All families have their secrets,” she said. “But, yeah, sometimes for Christmas we would get little safes. Like miniature.”

She and her partner, the film producer and director Ronald Chammah, have three children. Their daughter, Lolita Chammah, is an actress now, and Huppert has performed with her in two films. “Our relationship is much stronger than a fiction relationship,” she said. The first time they acted together, “we had a hard time really believing in it. We were laughing. We couldn’t manage to behave like actresses. Then we settled down. We had to.”

I asked Huppert what it was like to come home to her family while playing Medea, the sorceress from Greek mythology who kills her children. She smiled, recalling how she took on the classic role in the Avignon Festival when her youngest son, Angelo, was a toddler, and he confused the term “aidez-moi” — “help me” in French — with “Médée,” the French word for Medea. “That’s rather Freudian,” she said.


In our conversation, Huppert came most alive when talking about the characters she’s played, and, in particular, the ones that go to very dark places. Roles, she said, do not change her, but she feels them passionately. “I am an actress from the roots of my hair to the tips of my toes,” she said, lifting her fingers to her head, then leaning down to touch her toes in her sandals. “I know exactly what it means to suffer for a character, to hate a character, to love a character. Although as an actress it’s completely different. You don’t suffer the same way the spectator suffers. When you suffer as an actress, you don’t suffer, you have pleasure.”