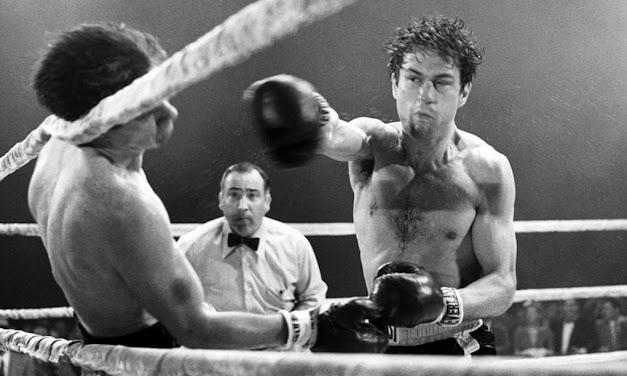 here is a tendency among audiences – including, sometimes, even the best of critics – to judge movies by how much we warm to their characters. An “unlikable protagonist” surfaces again and again in reviews as a strike against a film: a problem, certainly, in a romantic comedy where you’d rather throttle both leads than applaud their happy ending.

But it’s not so in every case, and few film-makers have dedicated themselves to testing the viewer’s sympathies as consistently as Martin Scorsese. From Taxi Driver through to The Wolf of Wall Street via The King of Comedy and Goodfellas, his cinema specialises in antihero figures as hard to love as they are to look away from. Even in more conventional story forms, he complicates things: Cape Fear muddied the victim-villain boundary between Robert De Niro’s psychotic killer and Nick Nolte’s corrupt family man, while The Age of Innocence honoured the spirit of Edith Wharton, denying audiences a clear outcome to root for in a love triangle between variously cool, compromised or manipulative participants. 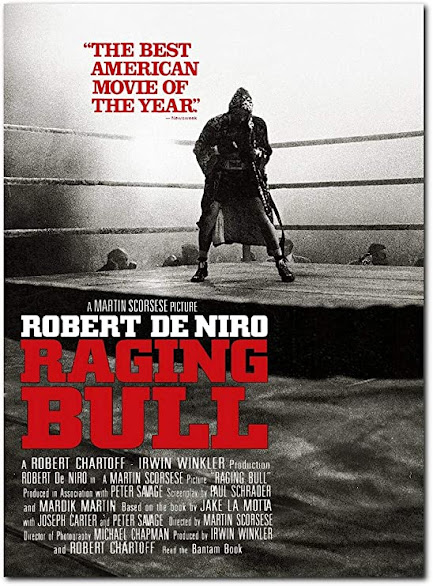 Yet the ne plus ultra of Scorsese’s fixation with, shall we say, challenging protagonists remains Raging Bull, the director’s first and greatest foray into the often fusty realm of the biopic. Scorsese and screenwriter Paul Schrader’s subject was a well-known one: former world middleweight champion boxer Jake LaMotta’s autobiography had been published in 1970, cementing a celebrity legend built on equal parts sporting prowess and turbulent personal chaos. Robert De Niro latched on to it, convinced it would make an ideal vehicle for his gutsy talents; over several years, his attempts to persuade Scorsese to develop it proved fruitless, with the sports-averse film-maker professing no interest in making a boxing film.

Producers Robert Chartoff and Irwin Winkler had recently made a fortune (and won an Oscar) by steering the underdog blockbuster Rocky; right after that, they’d tasted failure by producing Scorsese’s still-underrated musical megabomb New York, New York. One wonders what their joint thought process was as they, too, set about talking Scorsese into Raging Bull: having experienced the director’s artistic particularities at their most extreme and expensive, they must have known another Rocky-style box-office fighter wasn’t on the cards. But LaMotta’s story itself made that clear enough: rarely has such top-tier talent and major-studio investment been ploughed into a film about, pretty much any way you slice it, a grade-A asshole.

Even the targets of LaMotta’s ire aren’t softened or sweetened for our sympathy. His teenage bride Vickie (brilliantly underplayed by Cathy Moriarty in her screen debut) is a remote, elusive figure, hardened by mistreatment into a fixed, opaque emotional state. Joey (Joe Pesci, beginning his sporadic, long-term Scorsese collaboration) is more expressive but harshly so, kinder than Jake perhaps only because he lacks his physical menace: interestingly, Scorsese and Schrader give us nothing of the brothers’ family or upbringing, but an inheritance of violence is clear in their every shared scene. The hard veneer shared by those closest to LaMotta winds up telling us a great deal about his cracked one: Raging Bull never invites us to like this growing ogre of a man, but gradually folds us into its own empathy for his crazed, cruel interior, stunted by a lifetime of enforced fighting.

Unsurprisingly, mainstream audiences did not bite: released at the end of 1980, the film took a modest $23m in the US, only just making back its budget. Respect for Scorsese’s artistry was enough to earn the film a leading eight Oscar nominations, though it lost most of them: Academy voters, much like general punters, don’t especially care for clear-eyed studies of irredeemable figures, particularly with Robert Redford’s fine, emotionally stirring family melodrama Ordinary People as a perfectly credible alternative. De Niro, at least, managed to take best actor. His competition was resistible, and in all likelihood, the sheer method-y physical feat of his performance – famously, he gained over 60 pounds to portray the older, ruined LaMotta – helped persuade those cool on the film itself.

That would have been the wrong reason to award the right performance, however: what makes his LaMotta chilling and indelible isn’t merely his ballooning form or his expert voice manipulation or his visceral commitment to the pummelling fight, but his hard-won excavation of a broken soul in a character whose vulnerabilities don’t necessarily elicit sympathy. In a stroke of peculiar genius, Raging Bull closes on De Niro’s LaMotta reciting Marlon Brando’s immortal “coulda been a contender” monologue from On the Waterfront: an actor threading a character’s bruised bravado through that of another actor, as reality and performance and delusion clash and clatter in the ring. Forty years on, Raging Bull still doesn’t go easy on its subject, on its star, or on us.