The Piano Tuner of Earthquakes 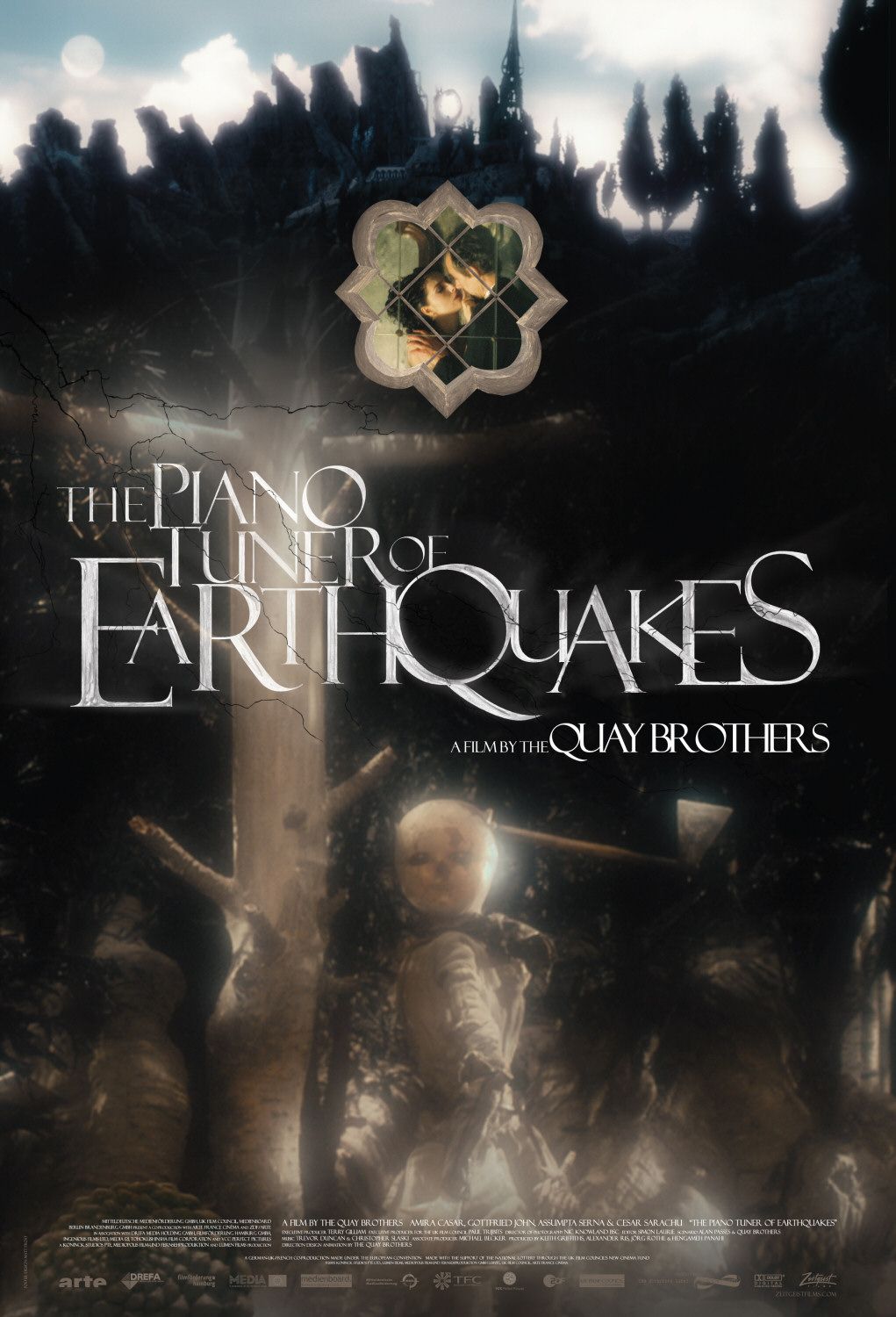 he Quay brothers' stately new arthouse film has plenty to dismay the unconverted; the title alone is supremely annoying. With some indulgence, however, this film can be diverting, and its mythologised, exoticised sexuality revives the memory of Angela Carter - though that, too, may not be a selling point for everyone. It takes place in a soft-focus dreamscape and is derived from Jules Verne's short story The Carpathian Castle. A piano tuner arrives at a secluded island ruled over by a charismatic Dr Droz, to be told that what he must tune is the doctor's collection of bizarre musical automata. Scenes are played out on shadowy studio sets with glowing light sources, and there are animated dream-glimpses of subconscious fears and desires. The film's poetry, playfulness and pictorial contrivances would perhaps work better in a short film, or sequence of short films. Conventional feature length somehow robs them of their lightness and digestibility. A partial success only - but how dull the cinema marketplace would be without the Quays.